A technician analyzes a blood sample in a serology lab at the Delhi Plasma Bank for COVID-19 patients who will receive the trial antibody treatment.

While cautious about a second wave of COVID-19 cases in the U.S., industry experts see some bright spots for institutions in search of investment opportunities in the second half of the year.

Stock picks in industries searching for innovative solutions to pandemic-related concerns could pay off, as well as bets on parts of the real estate market.

Still, it's important to keep in mind the current environment is one with "so many unknowns," said Allan Emkin, a Portland, Ore.-based managing principal and consultant at Meketa Investment Group.

"If this was a credit dislocation or overvaluation of stocks, we'd have a frame of reference and policymakers would know how to address that. But we don't have that. And the financial markets will be driven by what happens with biology," Mr. Emkin said.

Despite the market uncertainty, Mr. Emkin sees areas of opportunity in sectors such as biotechnology and pharmaceuticals, along with other industries where business models are being designed to "reflect the concerns that people may have as a result of COVID-19."

For example, "there will be enormous amounts of money, both institutional and non-institutional," allocated to companies or sectors that are trying to find therapies and vaccines for the coronavirus, Mr. Emkin said.

Venture capital investors are also eyeing parts of the technology, communications and health-care sectors, where startups with services catering to lifestyle changes caused by COVID-19 could grow exponentially, according to Aakar Vachhani, a partner at West Hartford, Conn.-based Fairview Capital Partners Inc. Mr. Vachhani expects names such as Slack Technologies Inc. and Zoom Video Communications Inc., in which the company made early investments, to perform well. Fairview is a private equity and venture capital firm with $9.6 billion in assets under management that serves institutional investors.

Slack and Zoom have "proven resilient, but also pretty critical to society," in the current remote work environment brought on by the pandemic, Mr. Vachhani said.

He is also keen on segments of the health-care industry, such as telemedicine, citing companies that provide virtual visits for mental health services.

Photo: John Dean
Robert W. Sharps is seeing changes ahead for the real estate, travel and leisure sectors as a result of the novel coronavirus.

Robert W. Sharps, head of investments and group chief investment officer of T. Rowe Price Group Inc., Baltimore, said parts of the residential real estate market could also potentially benefit from a shift in consumer behavior triggered by the pandemic, such as people moving away from cities to suburban and rural areas.

Stefan Kreuzkamp, CIO of German asset manager DWS Group GmbH & Co. KGaA, Frankfurt, said in a June market outlook report that although the coronavirus pandemic "was likely to cause distortions in the real estate market, which would require a more precise selection of properties," in his opinion, "premium logistics properties could benefit from the crisis and demand for larger, but affordable, high-quality residential properties in suburbs inhabited by commuters could increase."

At T. Rowe Price, Mr. Sharps similarly noted in an interview that "really dense cities are potentially going to see a structural decline in demand for office spaces" as workforces continue social distancing. He also expects parts of the travel and leisure industry, particularly cruise lines, to continue to be challenged through the rest of the year.

While some of the travel industry will emerge "on the other side" of the pandemic intact, for cruise lines, "their business line on the other side will be altered," he said.

"The ability to get the revenues per cabin that they had before will be challenged. The returns on a go-forward basis will be diluted. That's an area that I would have more concerns about," including any business sector that relies on density or larger crowds to pull in revenues, Mr. Sharps said. 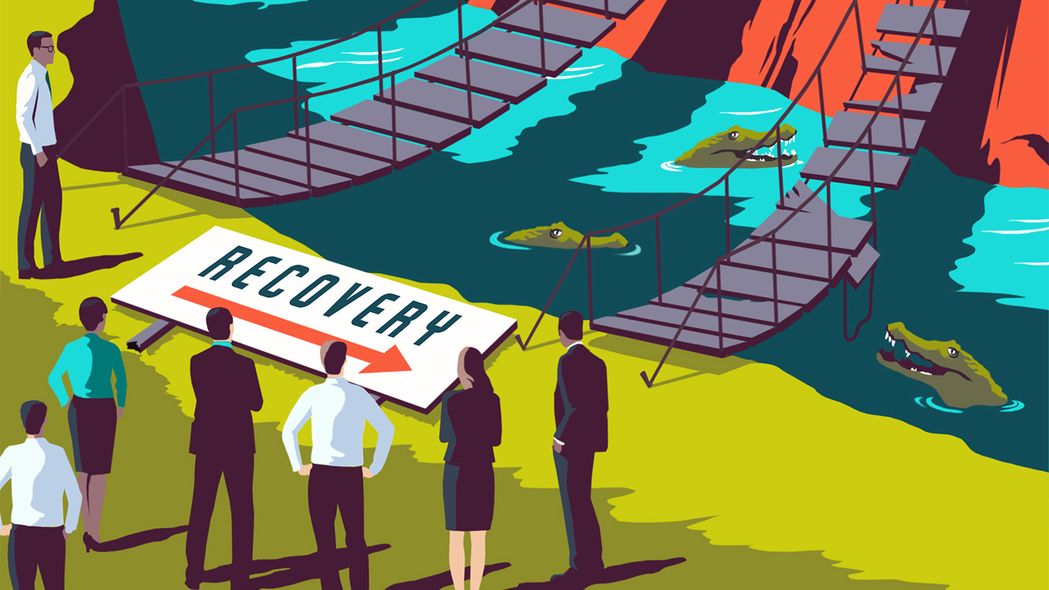 In January, P&I spoke with experts about what they expected in 2020. We're revisiting those predictions and looking ahead. 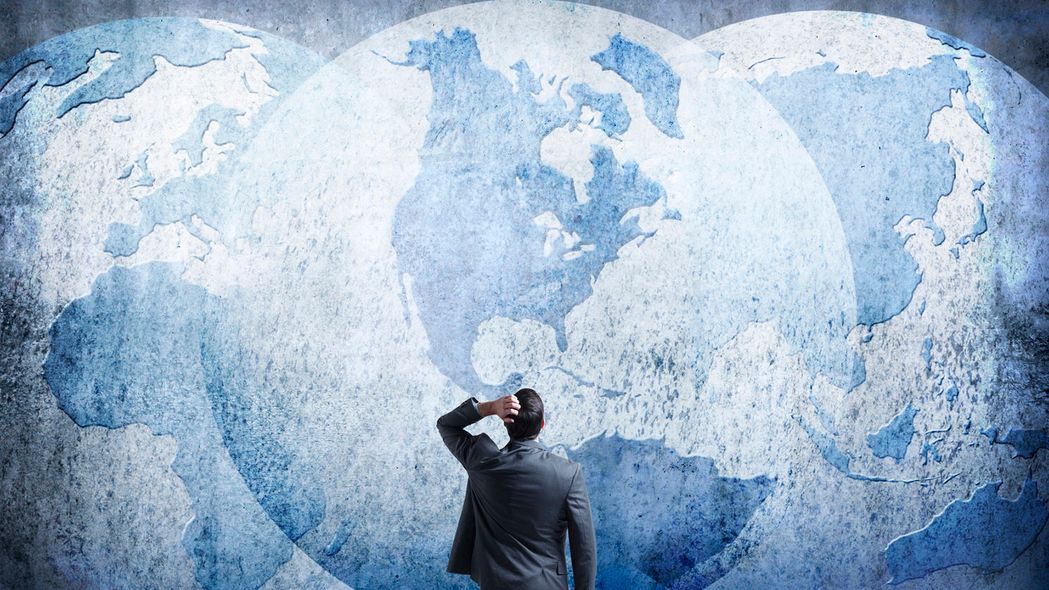 Global outlook: What we wrote: Analysts said a recession was unlikely in 2020, but the decent returns on tap from risk assets would pale beside 2019's rate-cut-driven gains. 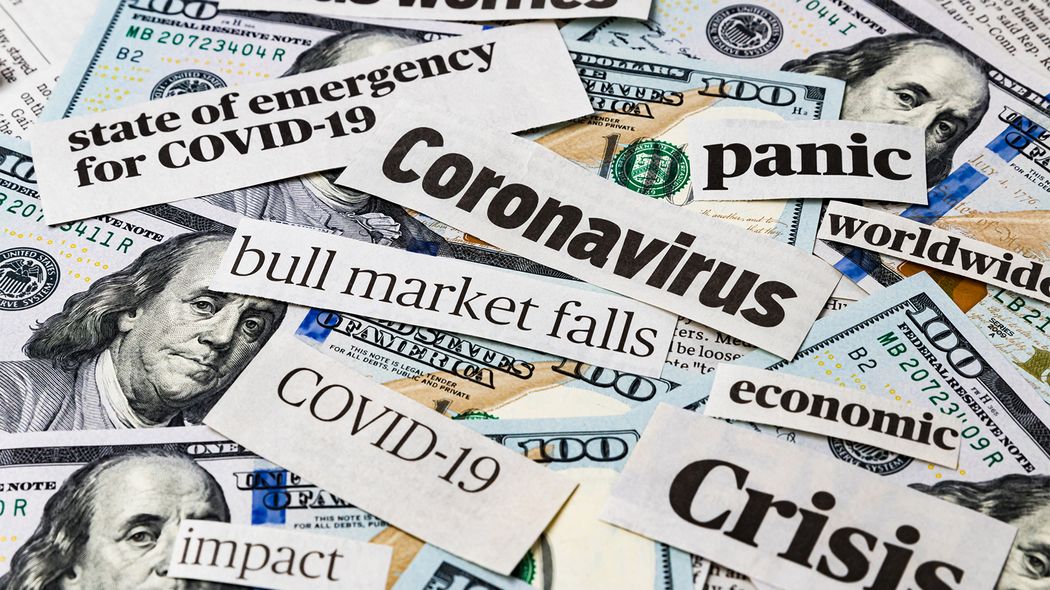 Global outlook: What has happened: Economists said the global economy endured the shortest and deepest economic shock in history. While markets appear to have recovered, experts said investors aren't out of the woods just yet as there are still concerns about over how short-lived the rebound will be. 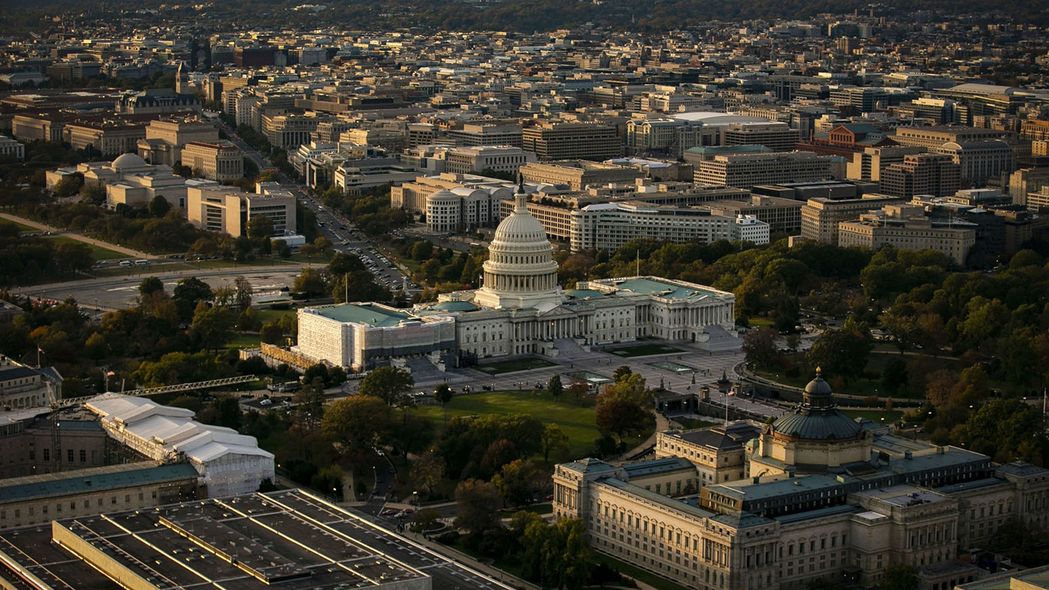 Washington outlook: What we wrote: 2020 was shaping up to be a busy year in Washington as focus turned to the second phase of retirement security legislation. 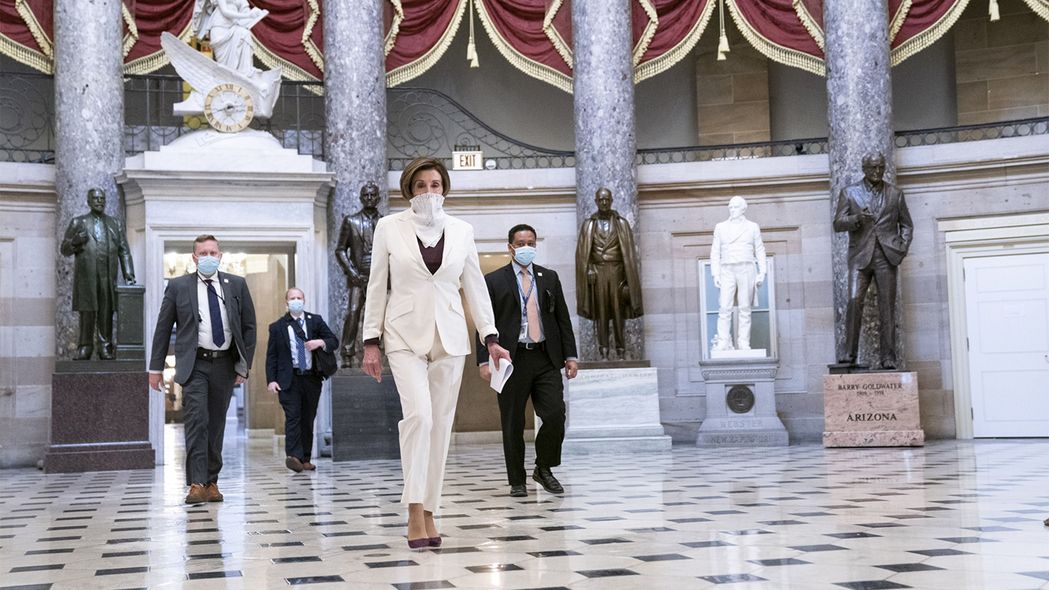 Washington outlook: What has happened: Congress has been busy passing emergency legislation for economic relief from the coronavirus pandemic. While passing any legislation during an election year is difficult at best, there could be more retirement security legislation in 2020 to address the multiemployer pension crisis and economic uncertainty caused by the pandemic. 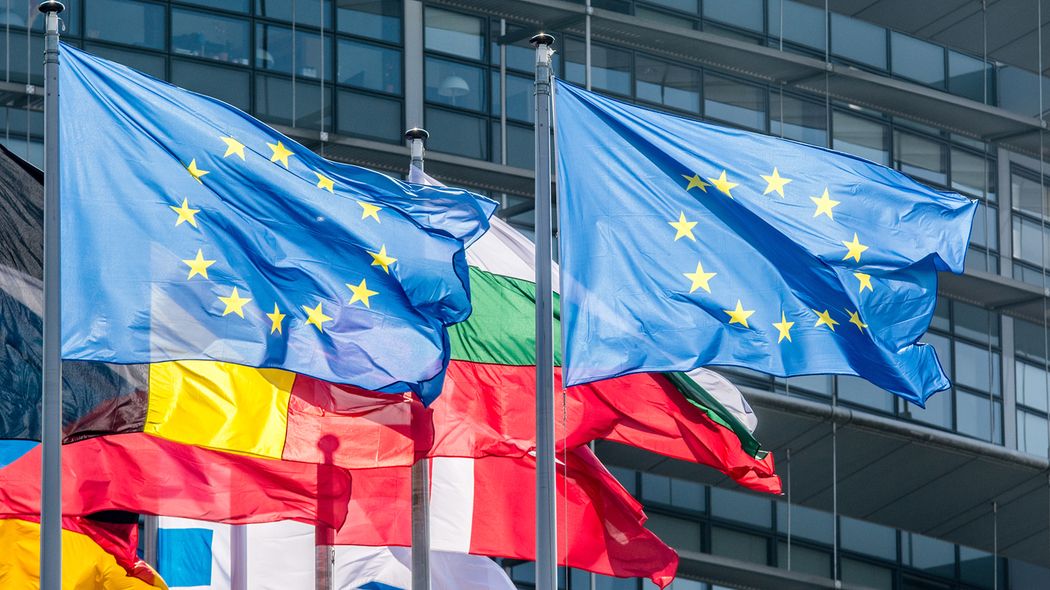 Europe outlook: What we wrote: While they expect to avoid a risk of recession, European money managers and investors will not be free from other risks in 2020. 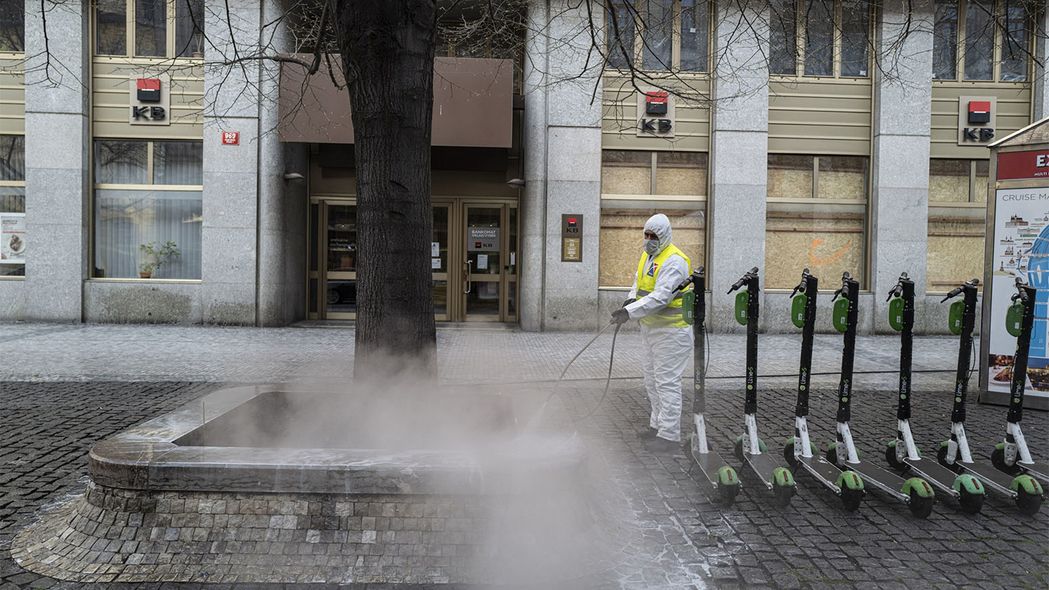 Europe outlook: What has happened: The coronavirus has brought about a recession in Europe, which has left European money managers with less time to cope with upcoming regulatory changes. 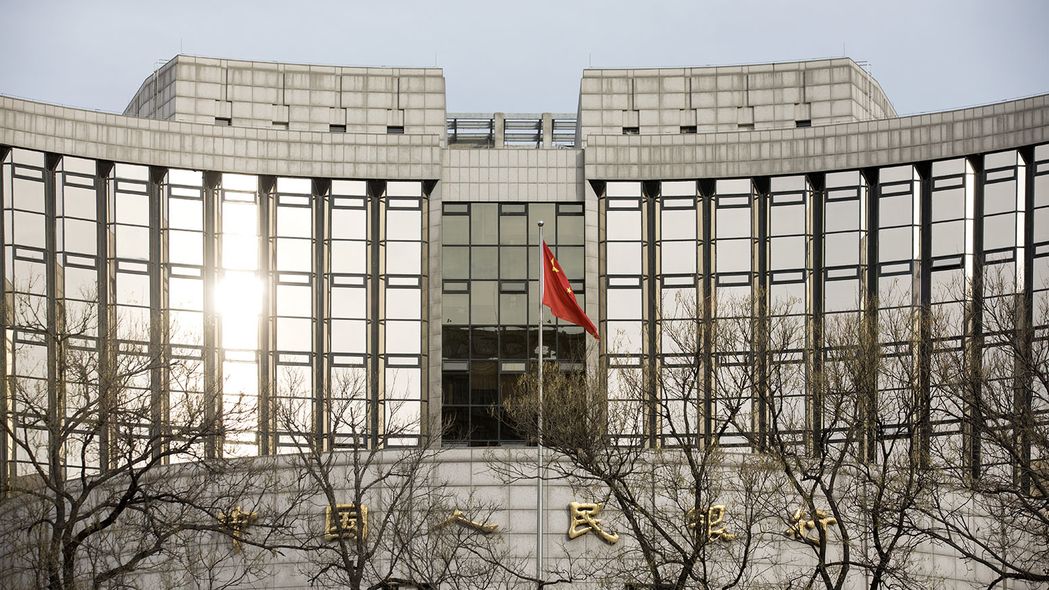 Asia outlook: What we wrote: Asset managers in the Asia-Pacific region will face continued pressure to cut costs in 2020 even as they ramp up operations in China. 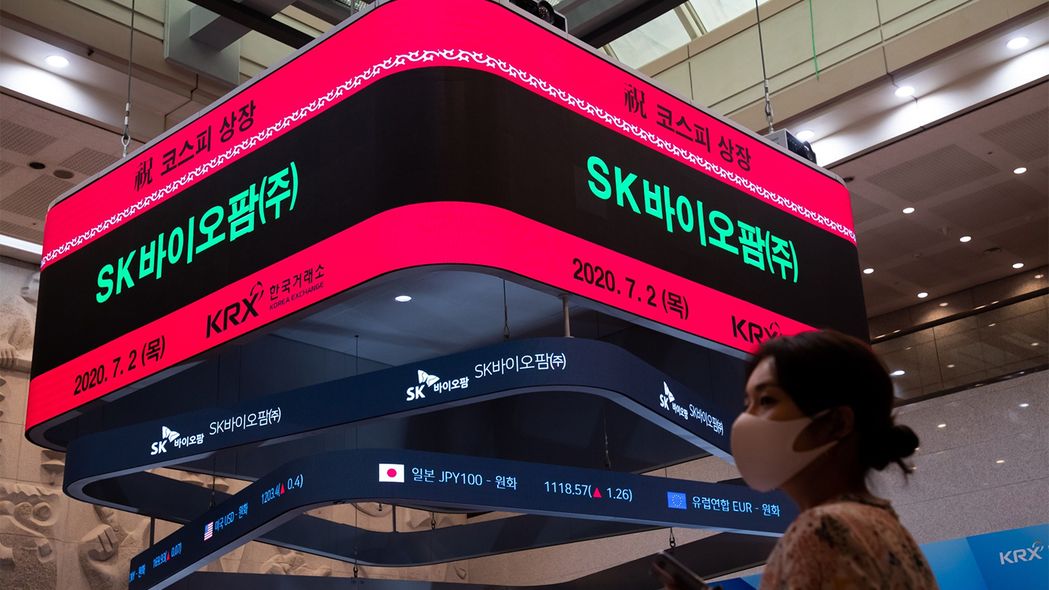 Asia outlook: What has happened: Asia and Asian markets felt the impact of the coronavirus first. Experts say the fallout should accelerate asset allocation trends already in place among Asia-Pacific-based institutional investors as the year began. 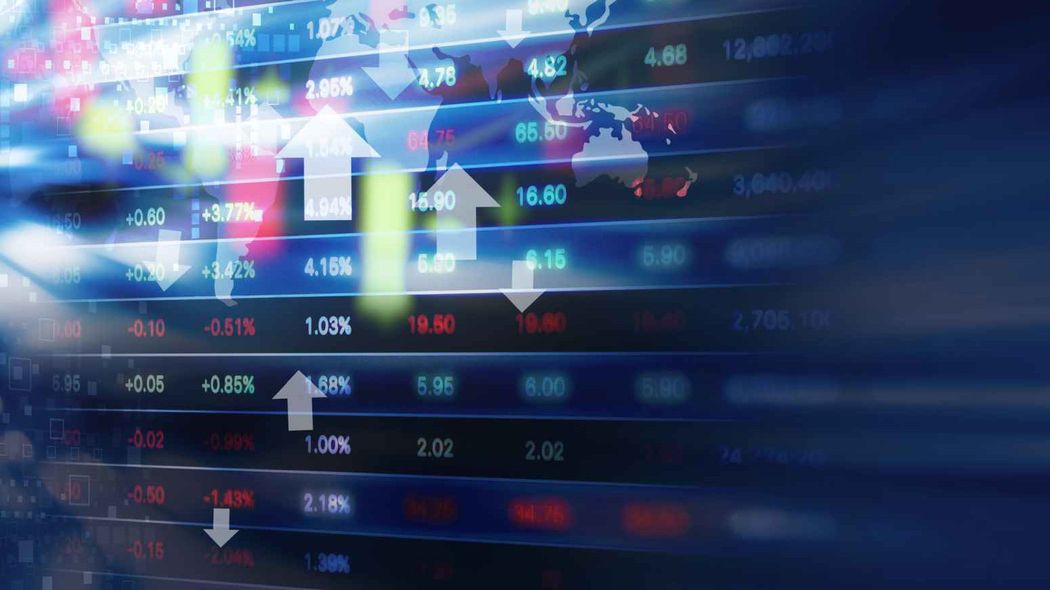 U.S. outlook: What we wrote: In 2020, firms will increasingly look for ways to invest in technology to improve business efficiency and client services efforts. 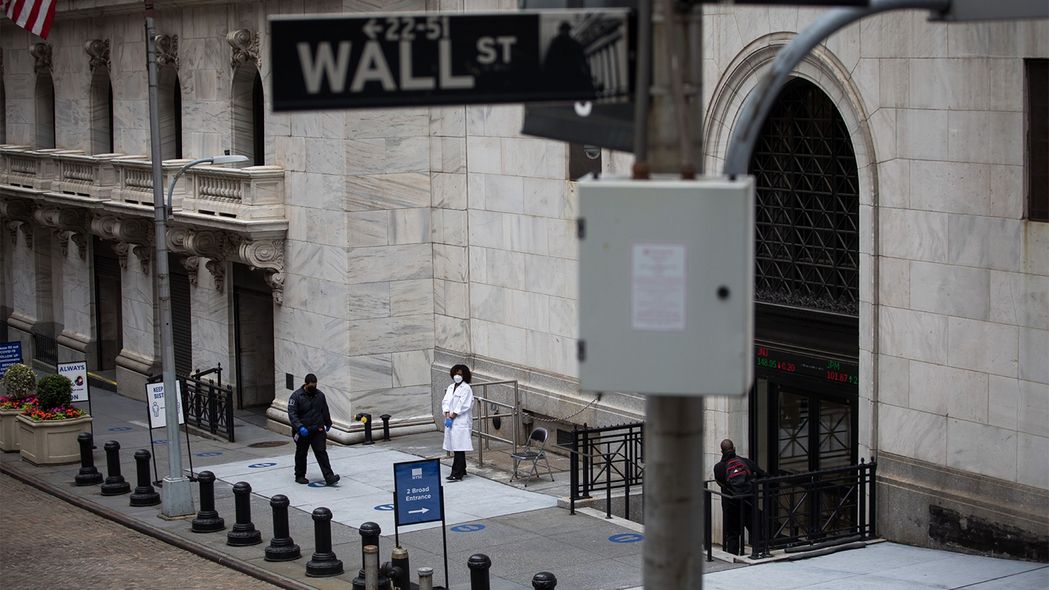 U.S. outlook: What has happened: After a volatile first two quarters, markets appear to have recovered from the initial shock of the coronavirus pandemic, but there are still concerns as to how long the rebound will last. 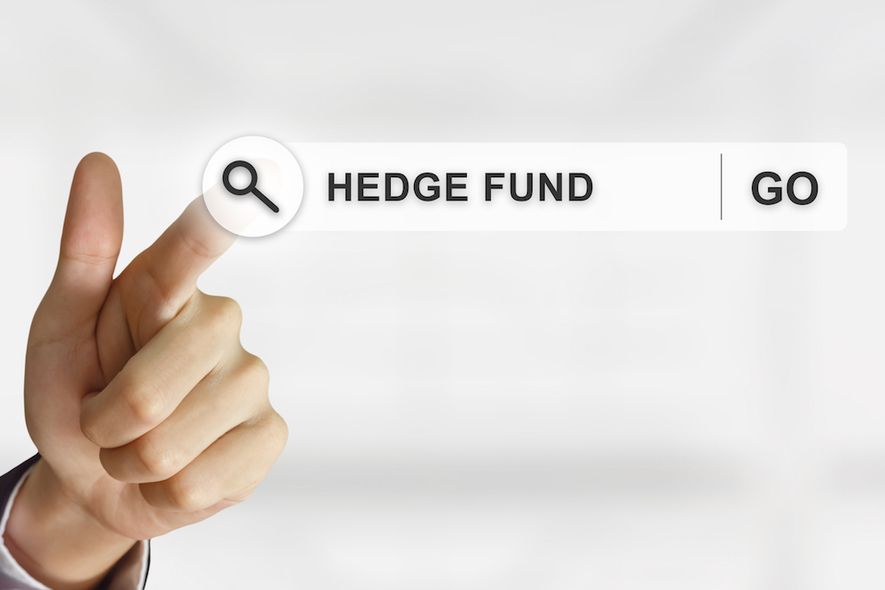 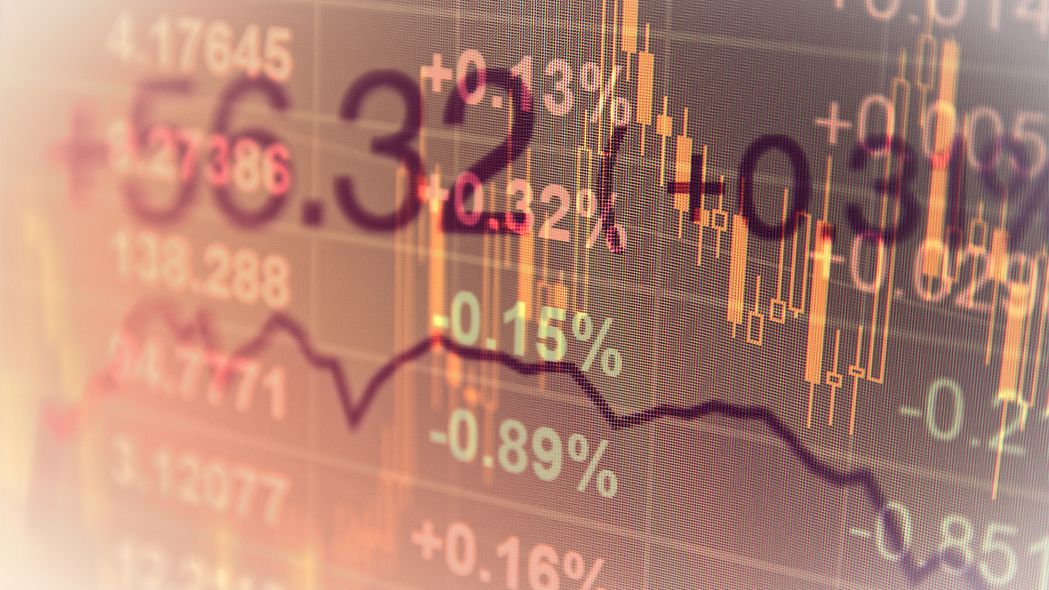 Hedge funds outlook: What has happened: With few exceptions, only macro and managed futures hedge fund strategies produced positive performance in the first quarter and the launches of new hedge funds fell to the lowest level since the global financial crisis. 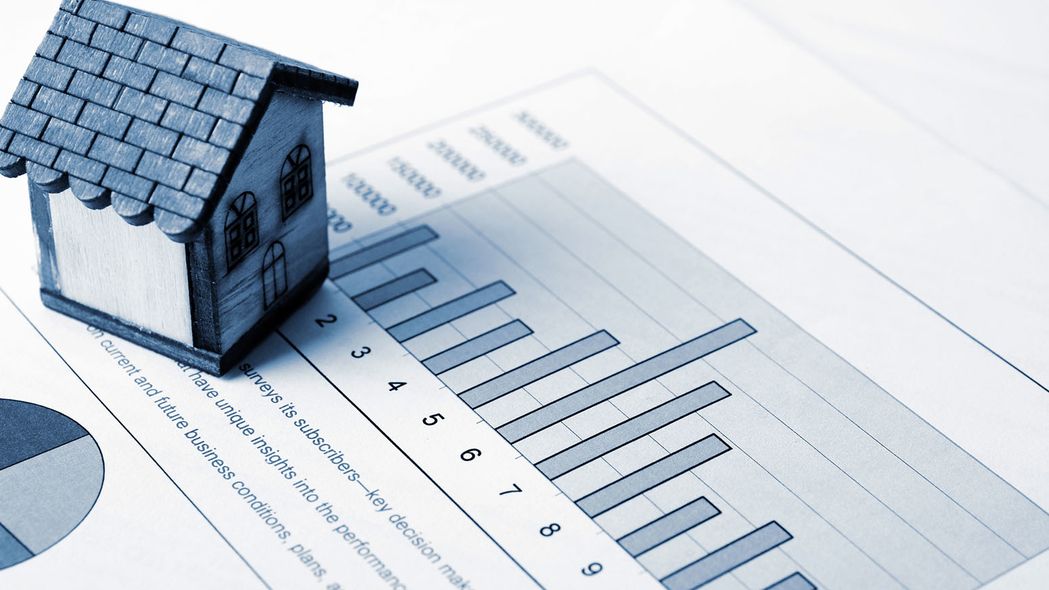 Real estate outlook: What we wrote: Real estate could offer protection against economic dips, despite expectations of lower returns in 2020. 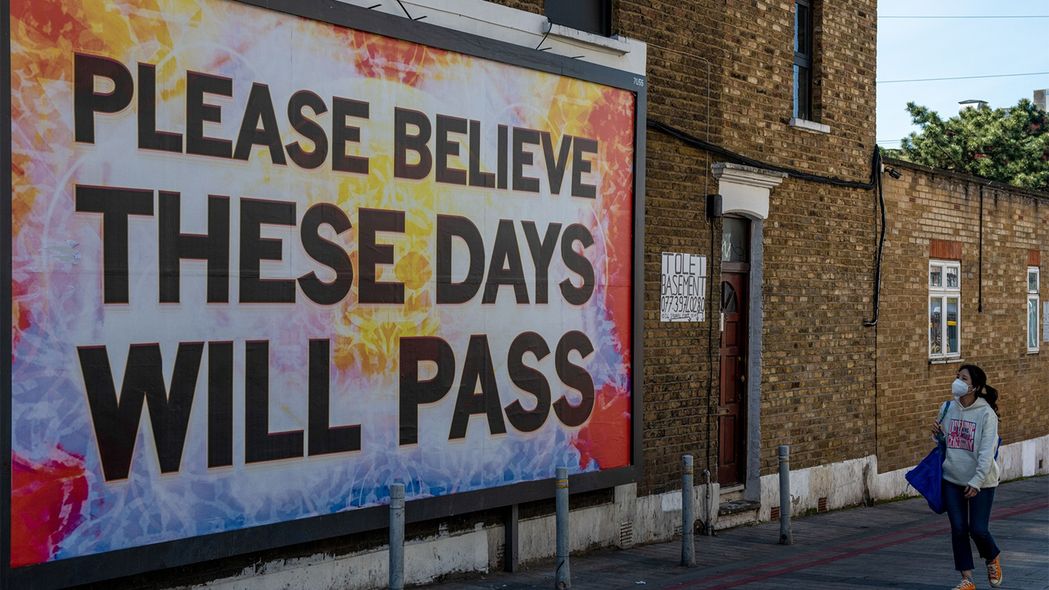 Real estate outlook: What has happened: In March, real estate investor Tom Barrack warned the U.S. commercial-mortgage real estate market is on the brink of collapse and predicted a "domino effect" of catastrophic economic consequences if banks and government don't take prompt action to keep borrowers from defaulting. More recently, real estate consultants and some investors are considering pressing pause on certain investments due to the coronavirus pandemic. 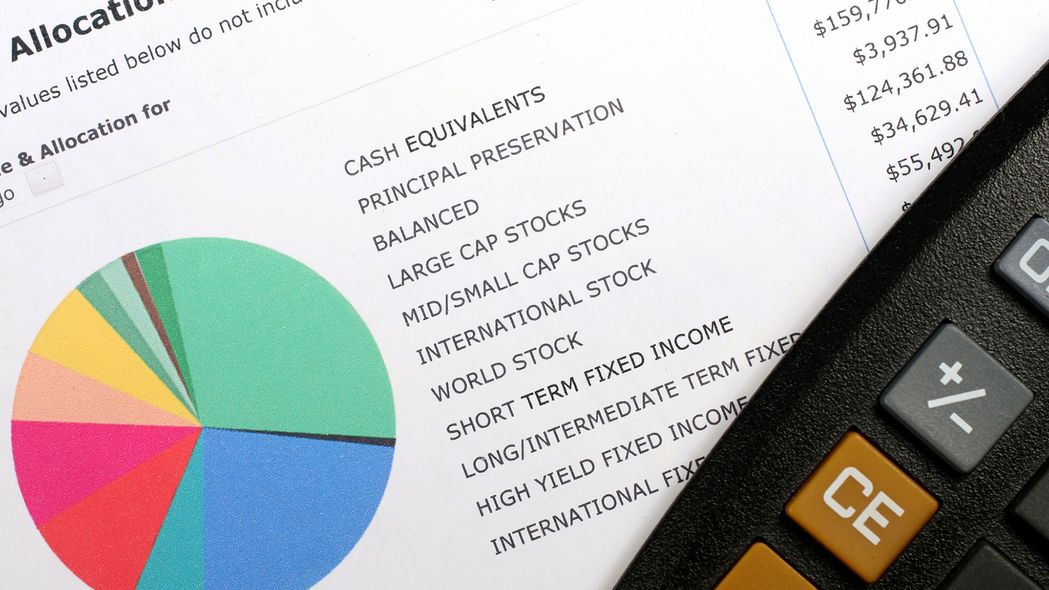 Defined contribution outlook: What we wrote: Some DC sponsors are tackling financial wellness by linking retirement plans to paying off student loans or creating emergency savings. 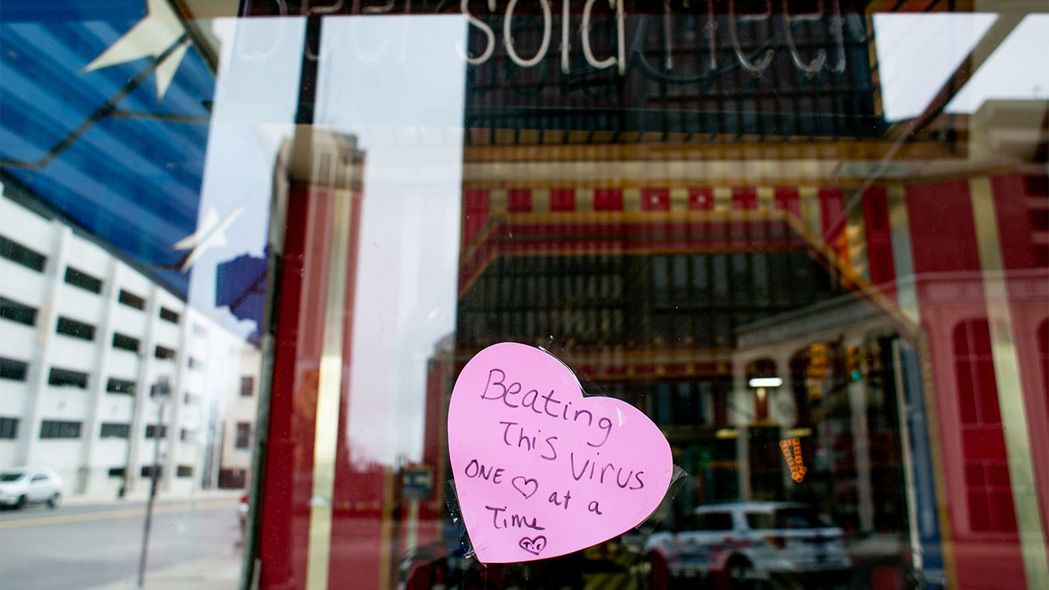 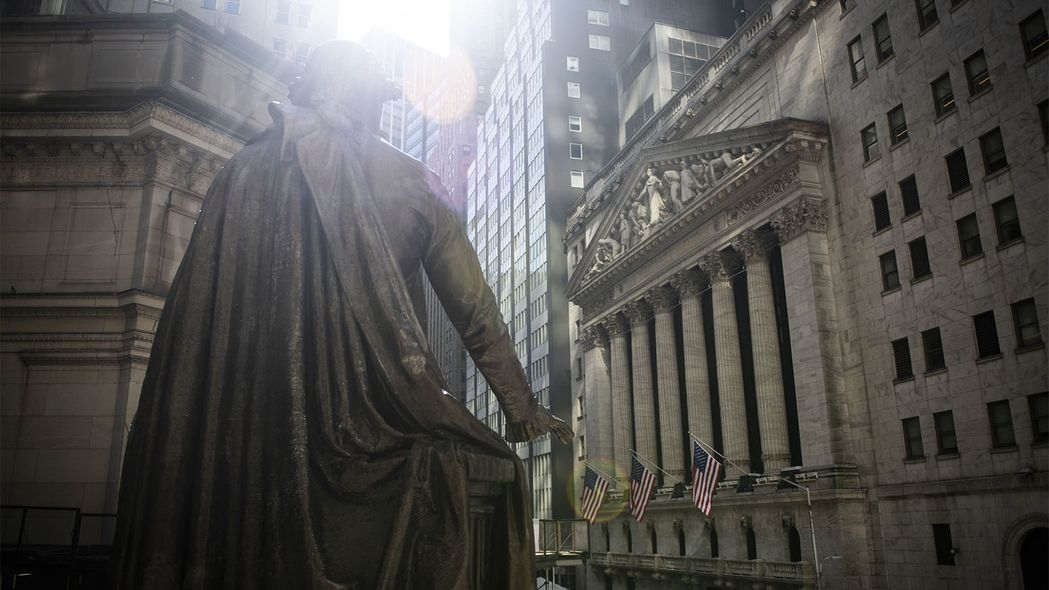 Investments outlook: What has happened: While cautious about a second wave of COVID-19 cases in the U.S., industry experts see some bright spots for institutions in search of investment opportunities in the second half of the year. 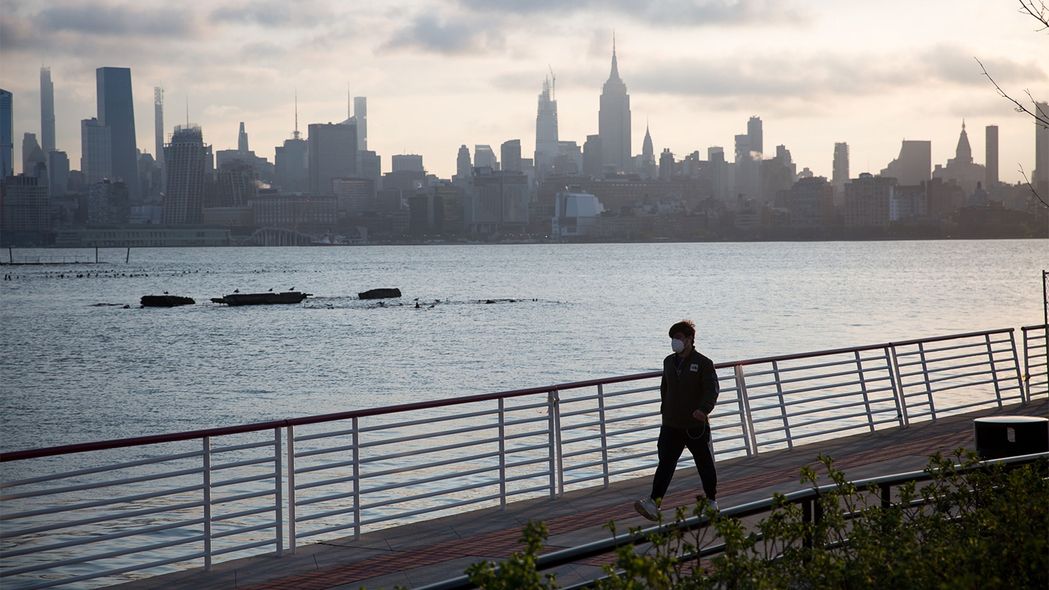 Credit outlook: What has happened: A number of managers are busy raising capital to take advantage of the current market dislocation impacting companies, real estate and infrastructure assets either now or in the future.

"EM countries, many of them won't have the same policy tools (like the U.S.) to combat issues" related to the pandemic. "Some of that may result in recessions being deeper," she said.

"I don't see us leaning into EM (debt) in the next six months," Ms. El-Hillow added.

Mr. Sharps, however, said that more broadly he expects emerging markets will be resilient through the pandemic. He noted there are "certain inherent advantages that emerging markets have, like younger populations" that might face lower COVID-19 fatality rates.

One challenge, however, is that emerging markets don't have the ability to run fiscal deficits to the degree in which the U.S. can, Mr. Sharps noted.

"Right now, the dollar is extremely weak, due to low interest rates and a very low real 10-year yield," Mr. Caron said. "Dollar weakness is actually very stimulative, as it not only increases exports and thus, GDP, but it also strengthens emerging markets, as EM debt burdens lessen and the credit quality of EM assets improves. As long as the dollar is weak, emerging markets will thrive."

"The second half of the year will be about capital protection" for fixed-income investors. "And the second (focus) will be about income generation as government bonds yields are at all-time lows."

"Our expectation for the economic impact of COVID-19 is that it will be a long and drawn-out recovery. We are not in the V-shaped recovery camp, we see an extended U," he added.

Should the U.S. face a second wave of the coronavirus in the fall as many health experts predict, the economic fallout would be significant, but the "shock" would be less severe to markets than what occurred in March, Mr. Bory predicted.

"Asset prices would probably fall again, and yields would go down, but not as much as in the first wave," he said.

If the second wave involves a more "rolling, regional crisis," then the economic impact would be negative, but also not as acutely negative as it was in March, Mr. Bory added.

In the event of a second wave, Meketa's Mr. Emkin said low-interest government bonds will be the "safest and best performing part" of institutions' investment portfolios.

"Sadly, if you get a major second wave, depending upon how governments approach that, whether they go back to shutting down the economy or some modified version of that, that would greatly increase the likelihood of a deflationary environment," Mr. Emkin said.

Whether institutions take a more conservative, aggressive or neutral approach to risk in their portfolios, he believes there is a place "in every scenario" for some exposure to government bonds, the "riskless asset."

Global economy on the rebound, but plenty of potholes still seen
Crisis speeds up threats that were expected years from now
Future is looking worse for those most vulnerable
Recommended for You

MiFID II unbundling rules need fixing, but it won't be this year

Crisis speeds up threats that were expected years from now

Global economy on the rebound, but plenty of potholes still seen