While most U.S. corporations contribute cash to their pension plans, others make the choice to contribute common stock or new debt to their plans.

Boeing Co., Chicago, contributed $3 billion in its own common stock to its primary U.S. pension plan in November.

Spokesman Bryan Watt, who in February confirmed the contribution, did not reply to requests for further information.

While corporations traditionally contribute cash for their pension plans, it is not unheard of to contribute a company's own common stock.

Doing so can help a company that might not want to devote cash to contributions, said Ned McGuire, Los Angeles-based managing director and member of Wilshire Associates' investment management and research group, in an interview.

"The other risk is how do you get out of that common stock?" he said. "Companies have more information about their common stock than a typical institutional investor. Liquidating that investment may require additional oversight."

Boeing's stock gambit
The aerospace and defense company chose to contribute company stock instead of cash to its pension plan in November 2020. 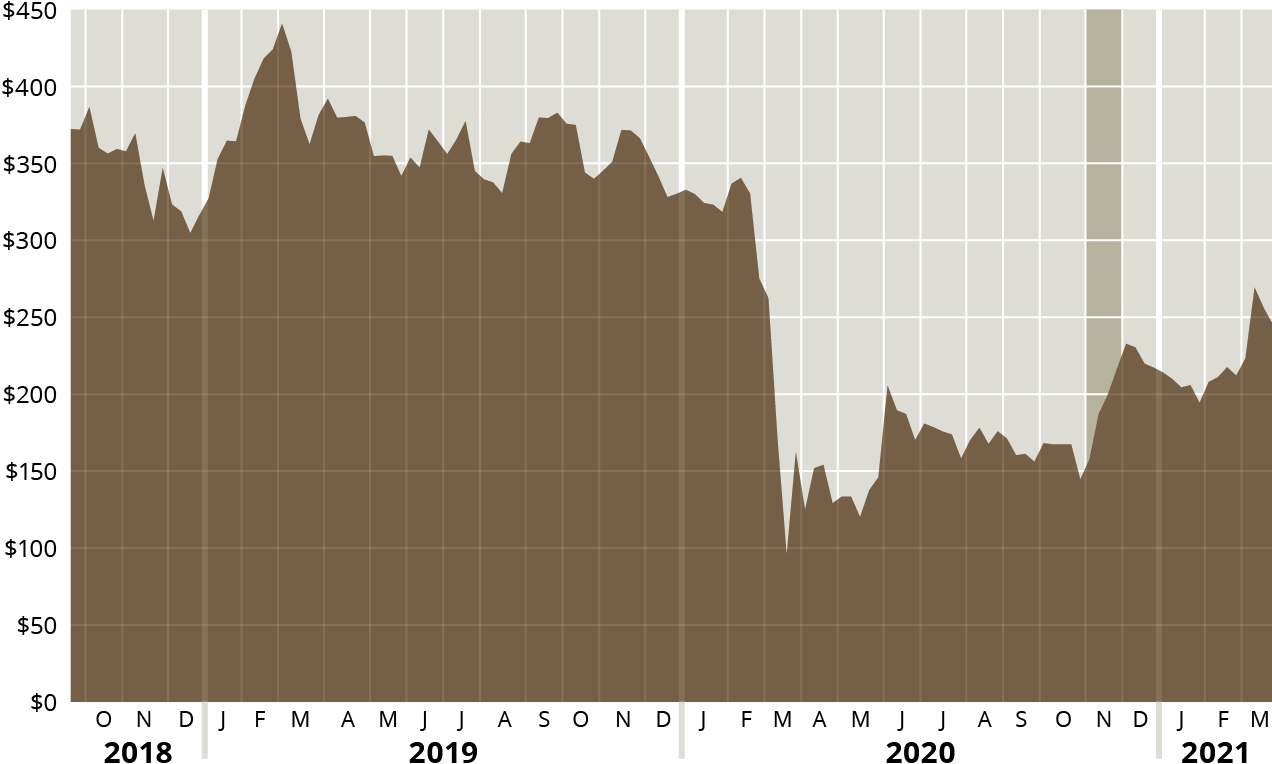 The aerospace and defense company said in its 10-K filing on Feb. 1 that it had retained an independent fiduciary to manage and liquidate the stock "over time at its discretion."

Boeing stock over the past two years has been hit particularly hard not only by the COVID-19 pandemic but by the cancellation by multiple airlines of the Boeing 737 MAX orders due to safety concerns resulting from multiple crashes.

Mr. McGuire said it could potentially be advantageous to contribute common stock into a plan when it has dropped significantly over time, "but to my point earlier, you have to be careful for overly gaming the system and having outside counsel discussion about when to contribute."

More common when a company does not want to contribute cash to their pension plan is the purchase of bonds to complete such a transaction.

The most recent notable move in this direction was United Parcel Service Inc., Atlanta, issuing $1.5 billion in bonds to make early contributions to its U.S. pension plans in 2019.

Oleg Gershkovich, New York-based LDI strategist and senior actuary with Voya Investment Management, said in an interview, "It's going to happen to the extent that it makes economic sense. You can borrow at a lower rate, transferring one debt for another." Doing so would be advantageous if bonds can be issued at a lower rate than how liabilities are calculated.

Pandemic puts everything up for grabs