Reprints Print
RiskWatch provides recent data on volatility and correlation, the two components of risk, for U.S. and global equity and fixed-income markets. The equity data are derived from Qontigo's medium-term fundamental risk models. One set of tables is designed to capture U.S. market sectors plus countries and currencies with the highest and lowest levels of volatility, and how that component of risk has changed since the end of the prior quarter. The highest and lowest correlated countries within developed and emerging markets are also highlighted. Another table illustrates how currency volatility can be a major driver of risk in multicountry benchmarks and can often change substantially from one quarter to the next. The fixed-income data, detailed in the multiasset-class section, consist of U.S. and eurozone government yields, investment-grade and subinvestment-grade spreads as well as correlations among those asset classes and selected currencies. Note that the following charts are now using Qontigo's WW4 (worldwide) model: predicted volatility by currency, predicted volatility by country and country-country correlations. Data are as of Dec. 31, 2021. Change compares with the previous quarter.
U.S. market volatility*
Index volatility 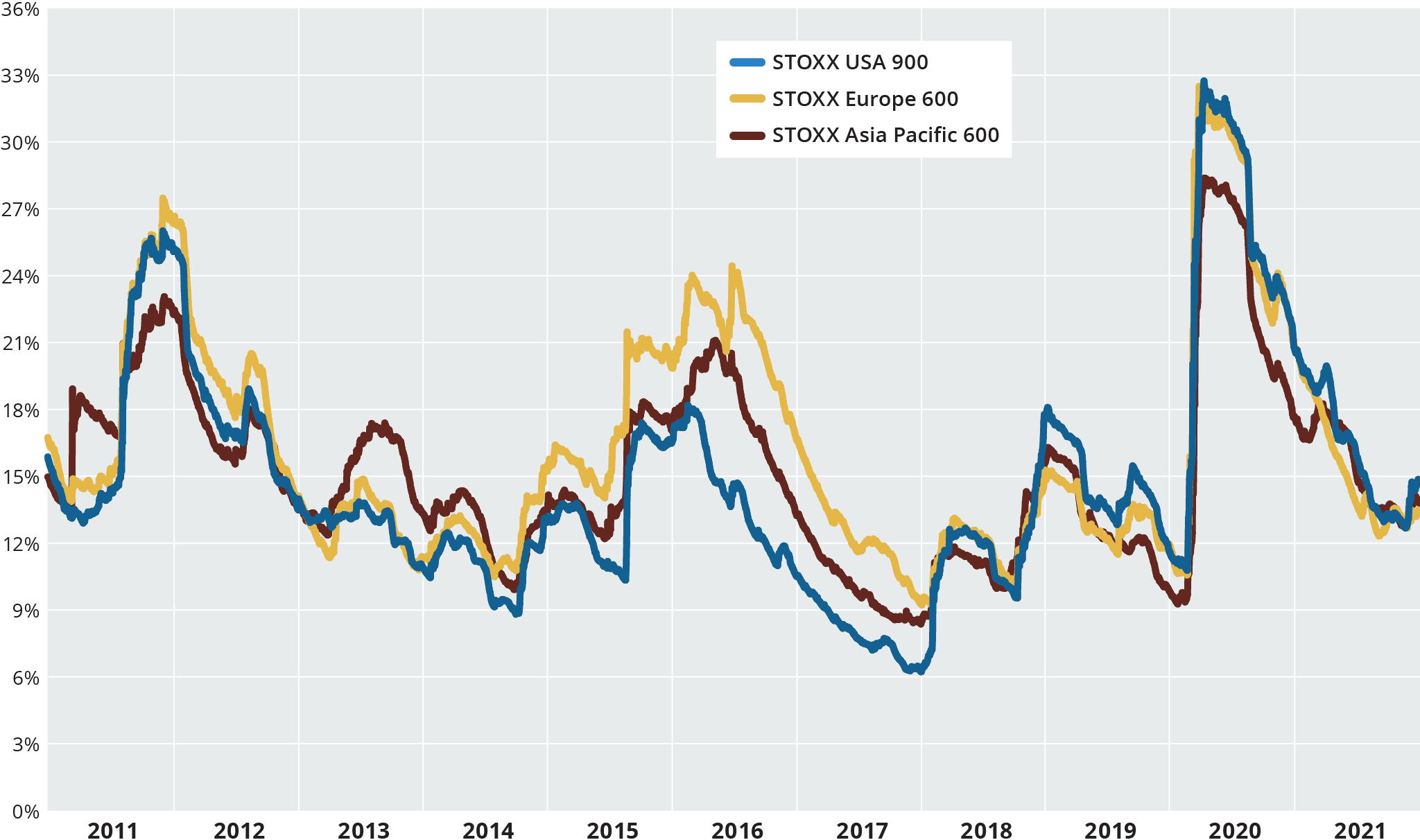 Predicted volatility by currency**
Predicted volatility by country
Developed markets
Emerging markets
Country-country correlations***
Developed markets
Emerging markets
Inflation’s impact on global markets
Global developed markets, as measured by the STOXX Global 1800, rose about 21% in 2021. Inflation expectations were an important driver of that return, especially in the first half of the year. As inflation expectations started to heat up, investors viewed it as a positive, signaling stronger economic growth. As the year progressed and reported inflation increased, break-even inflation, although up, remained relatively subdued. Investors viewed the increase in reported inflation as transitory and the result of “base effects” from an unusual economy in the first half of 2020. Further into 2021, reported inflation continued to rise, and it became more difficult to explain it away. Still, break-even inflation remained steady, suggesting investors trusted the Federal Reserve to keep inflation in check. By the end of the year, the market’s positive exposure to inflation in the U.S. and Europe had accounted for about 40% of the overall index gains, and it still looked like inflation would be a positive influence on equities going forward. 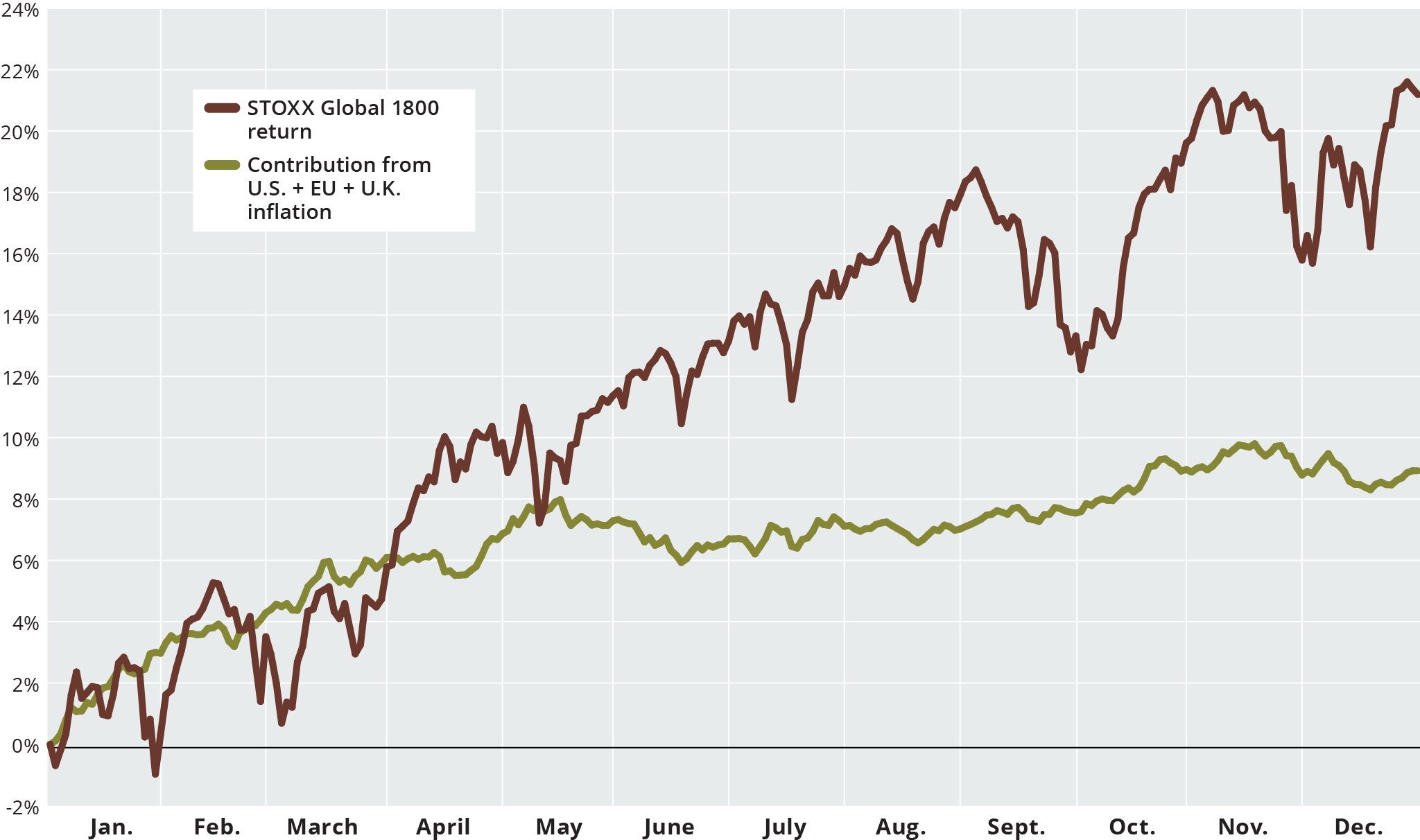 Multiasset-class data
Risk
Asset-class correlations
U.S. and euro spread curves are defined as the spread over the swap curve.
*US4 MH risk model forecast for the STOXX USA 900.
**Numeraire: U.S. dollar.
***In excess of the global market.
Source: Qontigo