Over the year ended Sept. 30, P&I's survey also found that defined contribution assets within the largest 1,000 funds continued to grow at a faster pace than defined benefit assets within these funds. DC assets in P&I's universe of the top 1,000 funds grew 9.2% to $4.67 trillion, while defined benefit plan assets grew 5% over the year to $7.42 trillion as of Sept. 30.

Over the year, growth of assets in liability-driven investing stood out as the assets in defined benefit plans of the top 200 funds grew significantly, up 27.9% to $140.4 billion, and up 71.8% from $81.7 billion over the five-year period ended Sept. 30.

Looking at the largest retirement funds by total assets, the ranking of the three largest plans remained unchanged over the year ended Sept. 30.

Federal Retirement Thrift Investment Board, Washington, remained the largest retirement fund with $651.1 billion, all in defined contribution assets, up 8.3% from Sept. 30, 2019.

California Public Employees' Retirement System, Sacramento, was again the second-largest fund with $426.2 billion, almost entirely in defined benefit assets, up 10.9% over the year.

Among the largest 10 retirement funds, only two saw their positions change. Washington State Investment Board, Olympia, moved up to No. 9 from No. 10 over the year, with $128.9 billion in total assets as of Sept. 30, up 7.4%.

Within the top 200 funds' defined benefit plans, assets in passive equity strategies were up 11% for the year ended Sept. 30, at $1.05 trillion.

Jase Auby, chief investment officer for the Teacher Retirement System of Texas, Austin, said in an email that the pension fund "moderately increased our passive allocation, primarily in the U.S." over the year reviewed in the survey. "This reflects the ongoing strong performance in passive as investment flows continue to enter those funds and our ongoing evaluation of the opportunity set among active managers," he added.

Texas Teachers, which had $162.7 billion in assets as of Sept. 30, grew its passive domestic equity allocation to $2.7 billion from $92 million over the year. The plan's allocation to active U.S. equity grew slightly during the same period, by 8.9% to around $26 billion, its survey shows.

Massachusetts Pension Reserves Investment Management, Boston, also shifted more assets into passively managed strategies. The pension fund, which had $79.5 billion assets as of Sept. 30, increased its passive U.S. equity allocation 41.2% to $15.1 billion over the year, while its allocation to active U.S. equity dropped 72.3% to $1.6 billion over the year ended Sept. 30. 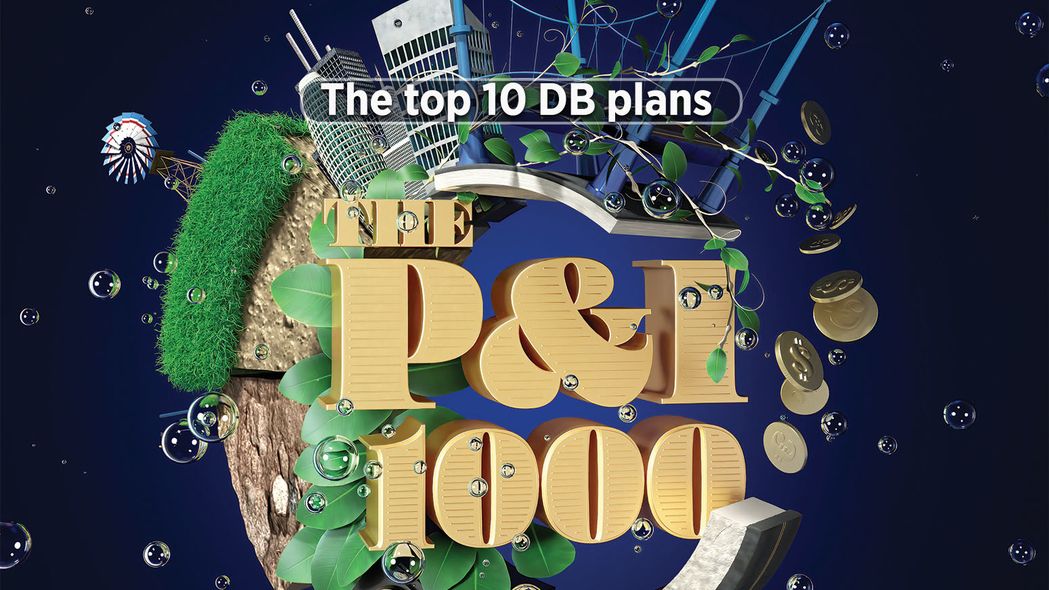 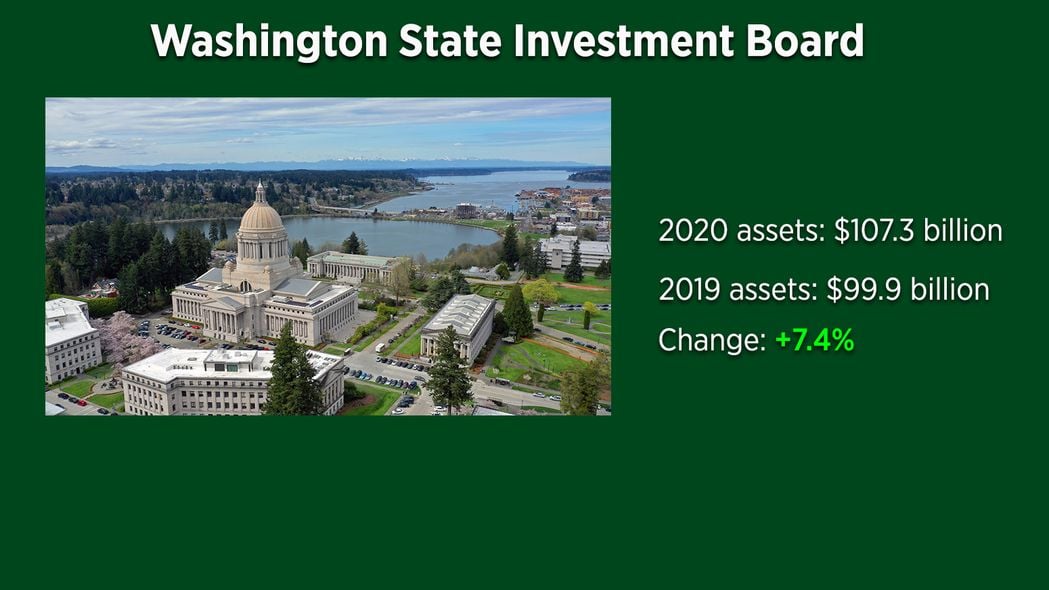 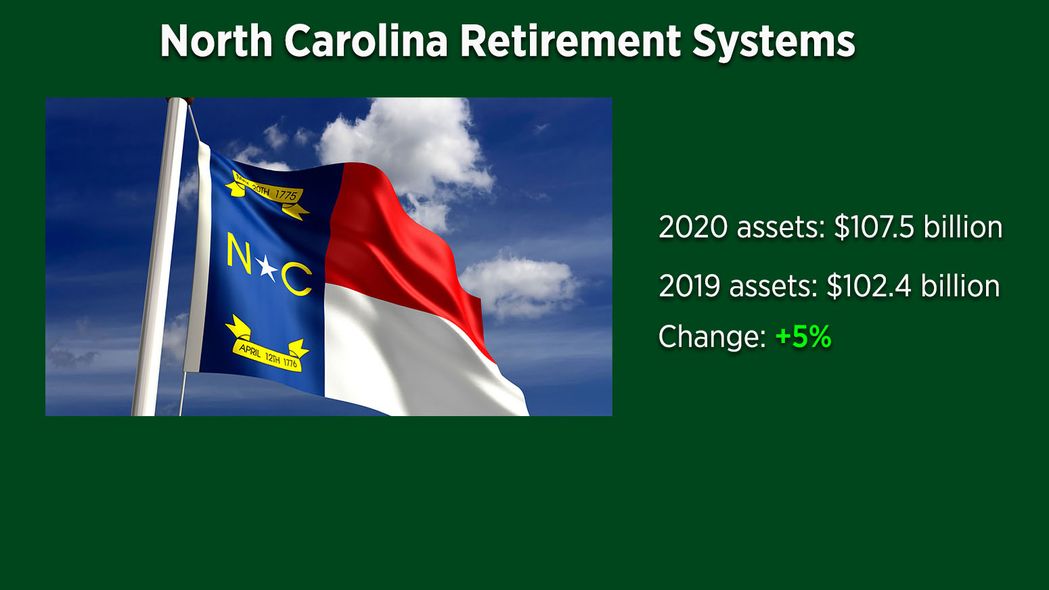 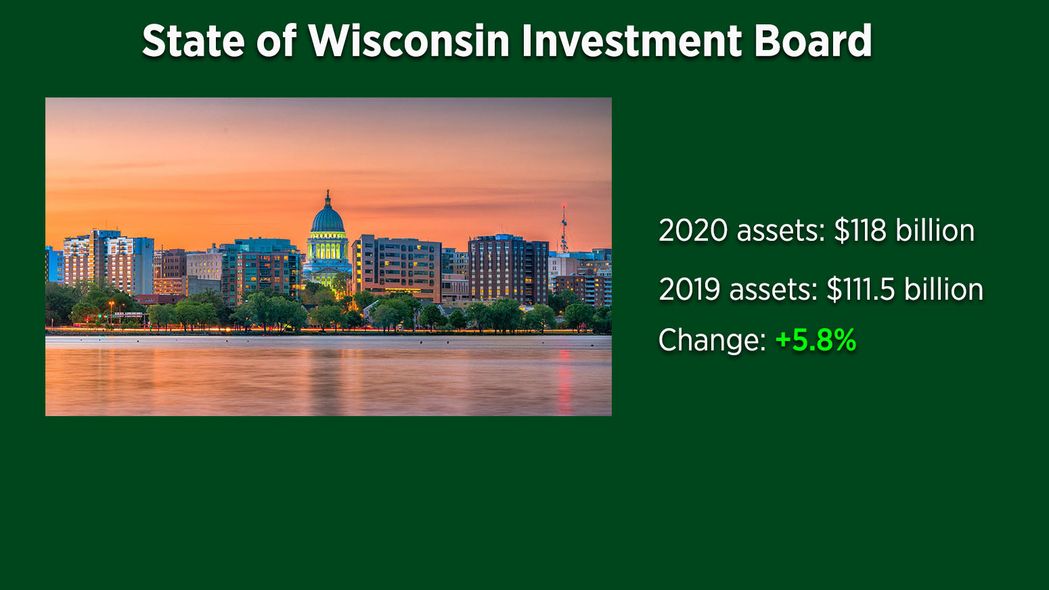 8. State of Wisconsin Investment Board 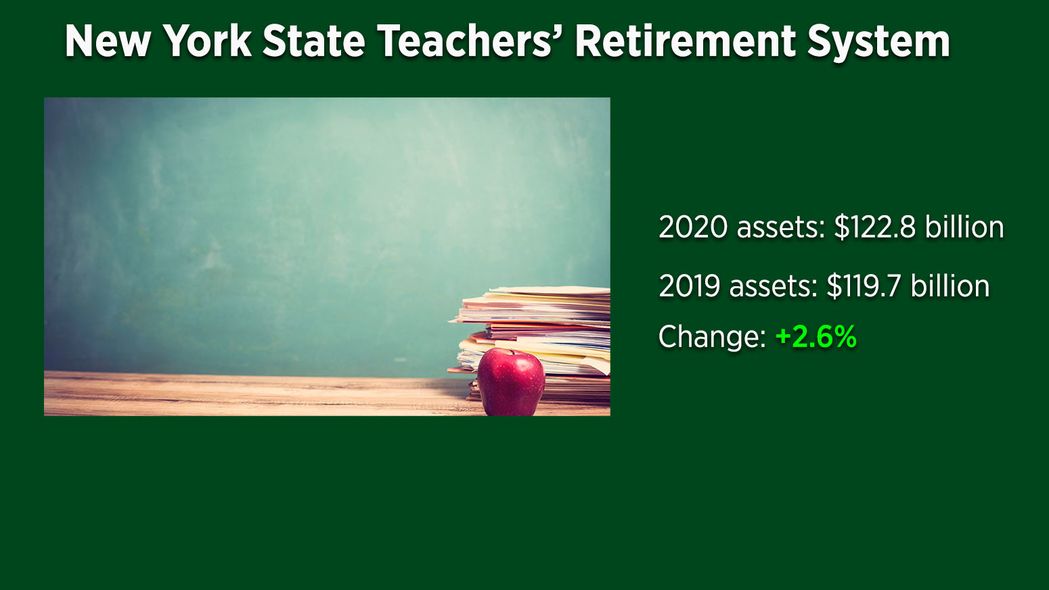 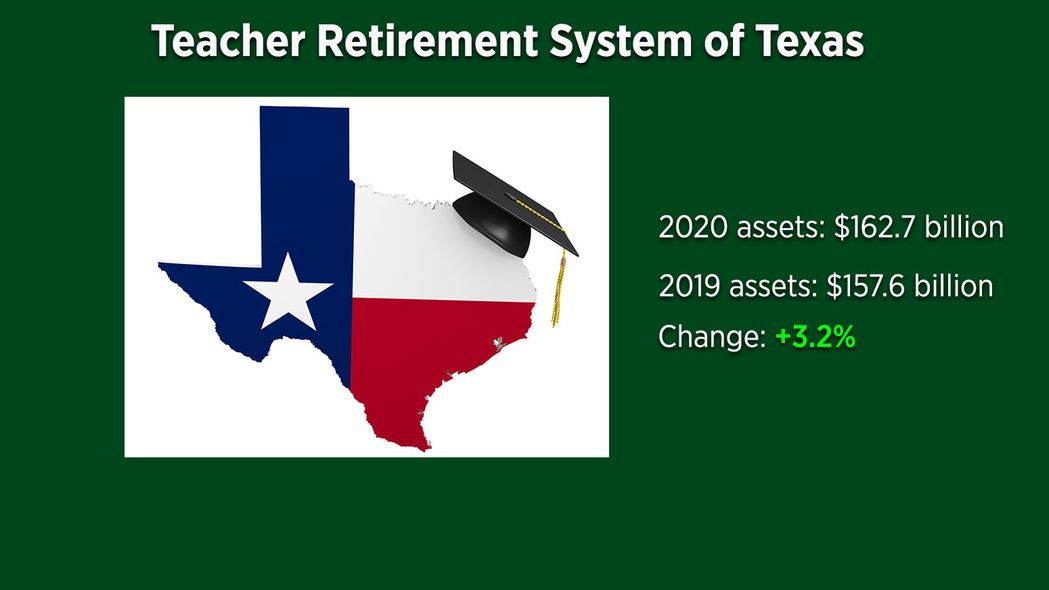 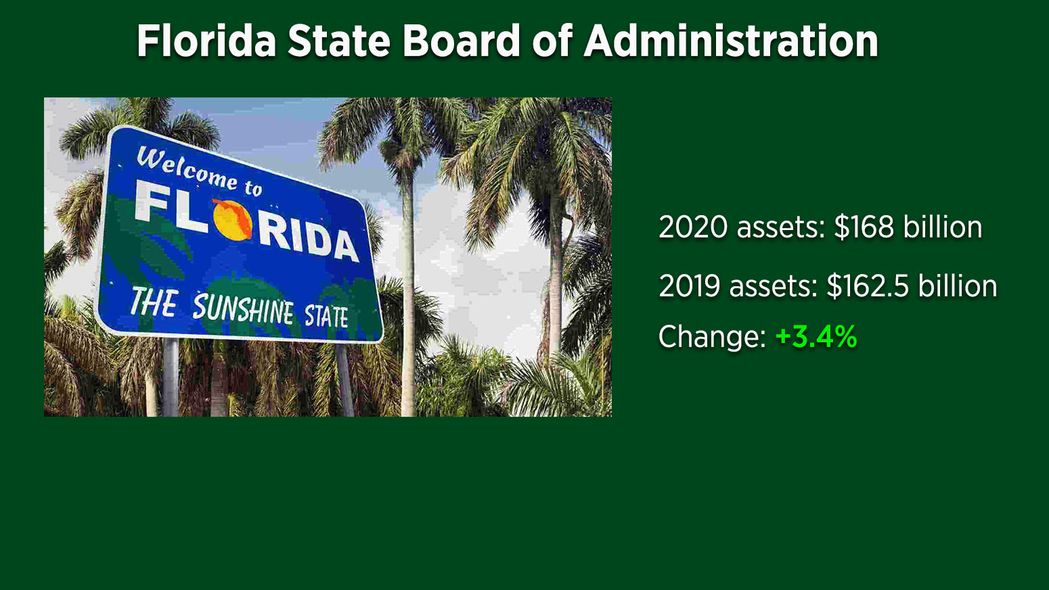 5. Florida State Board of Administration 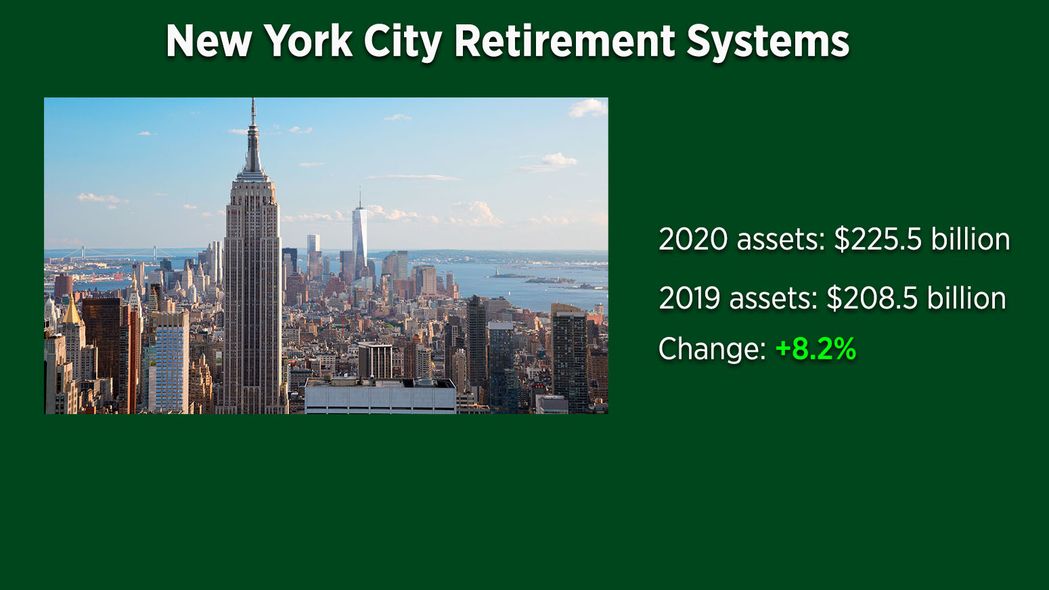 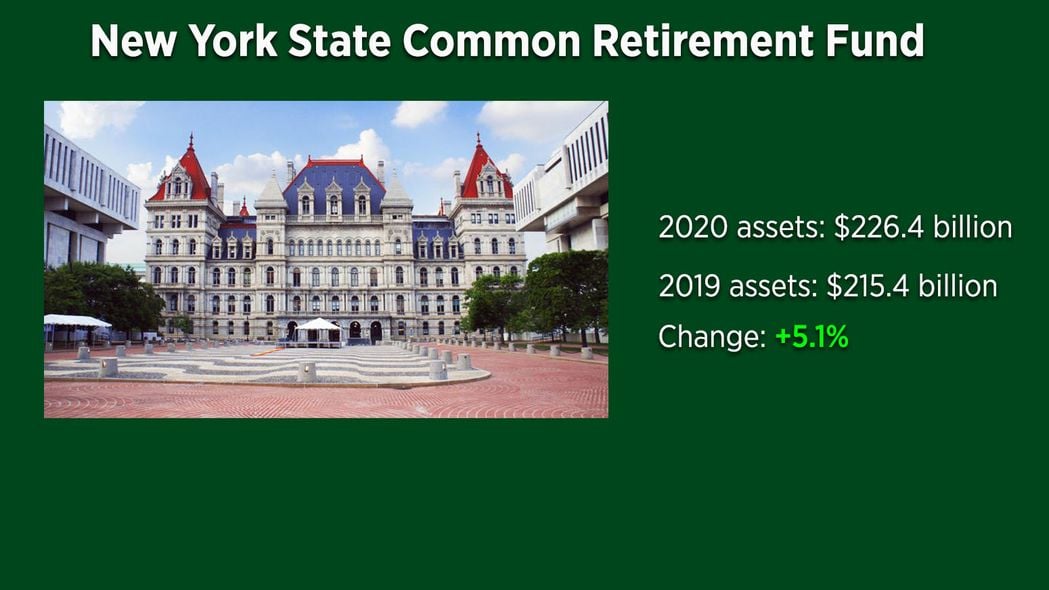 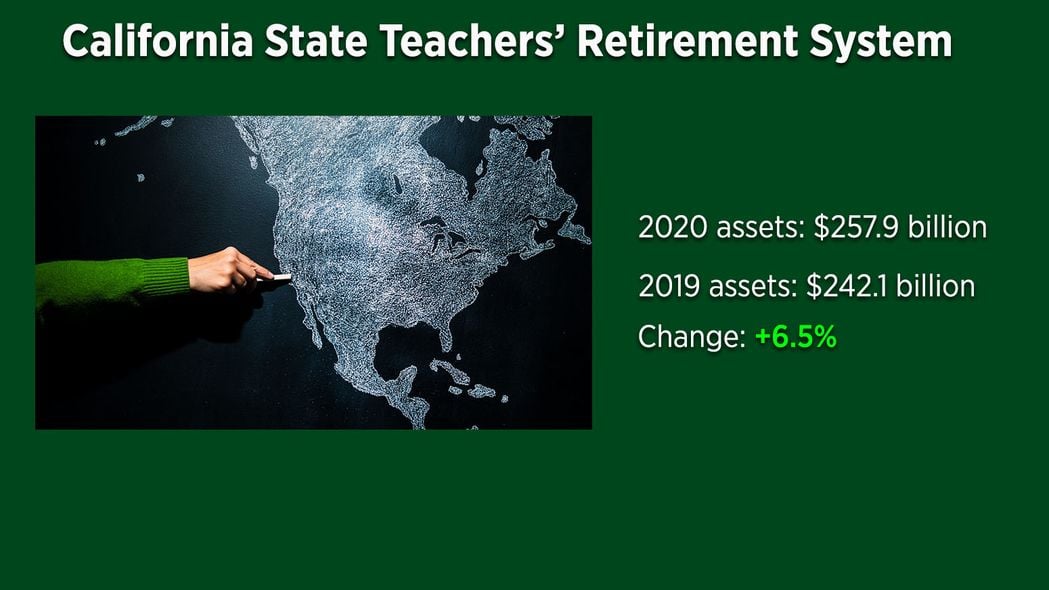 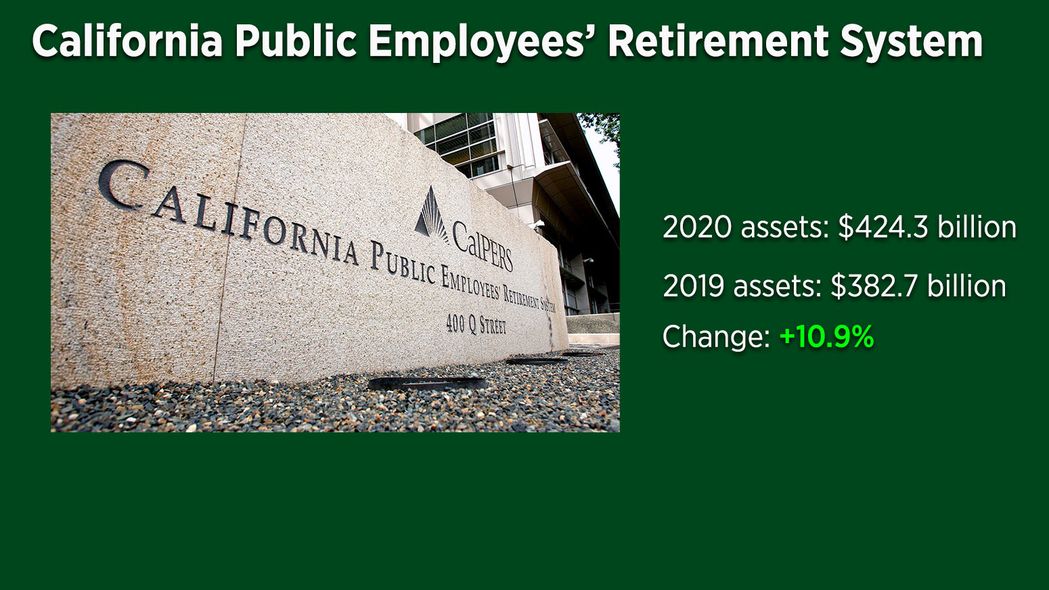 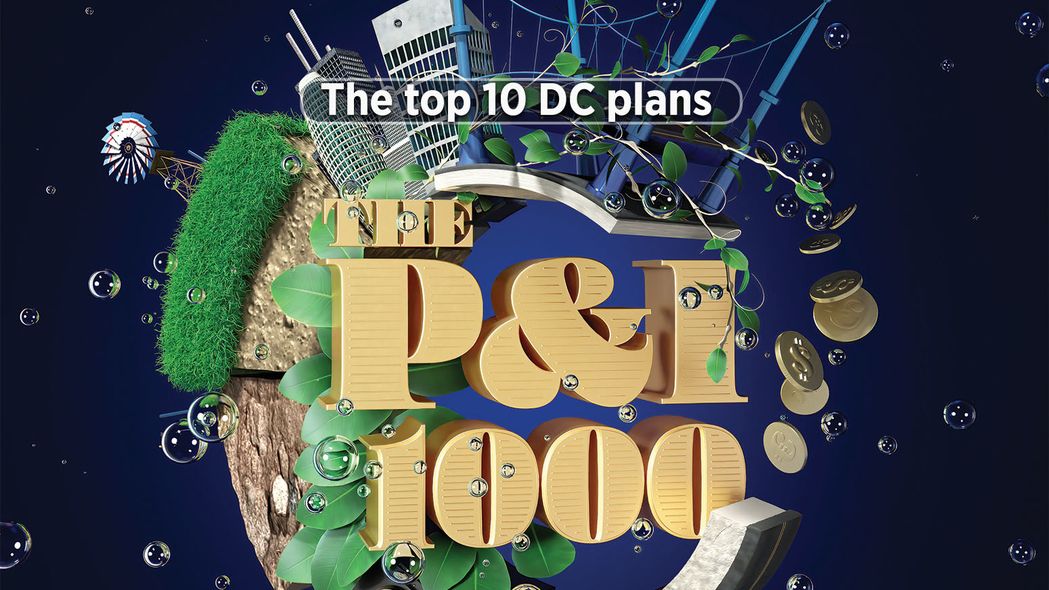 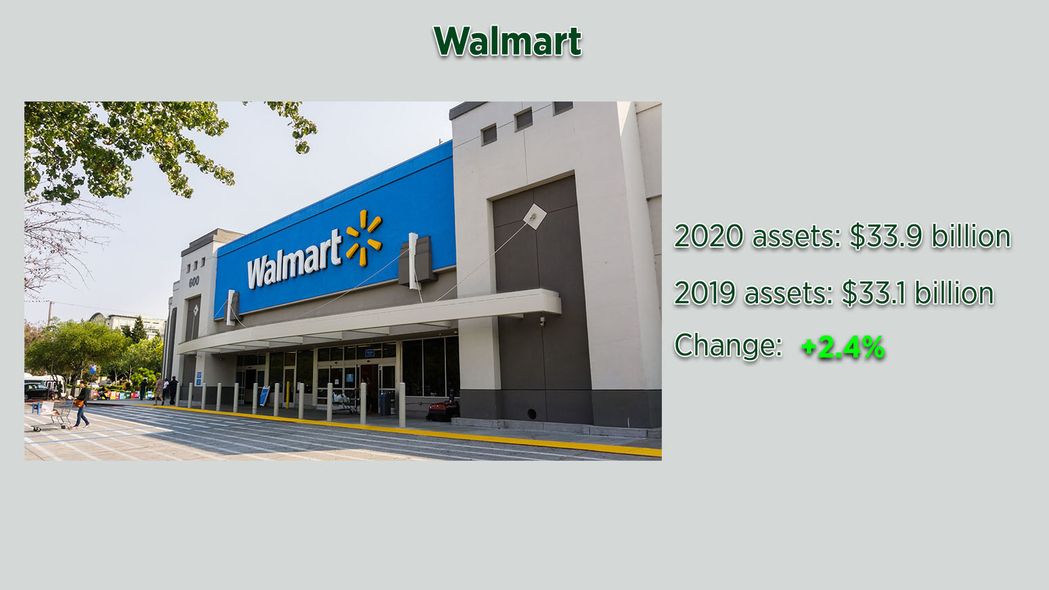 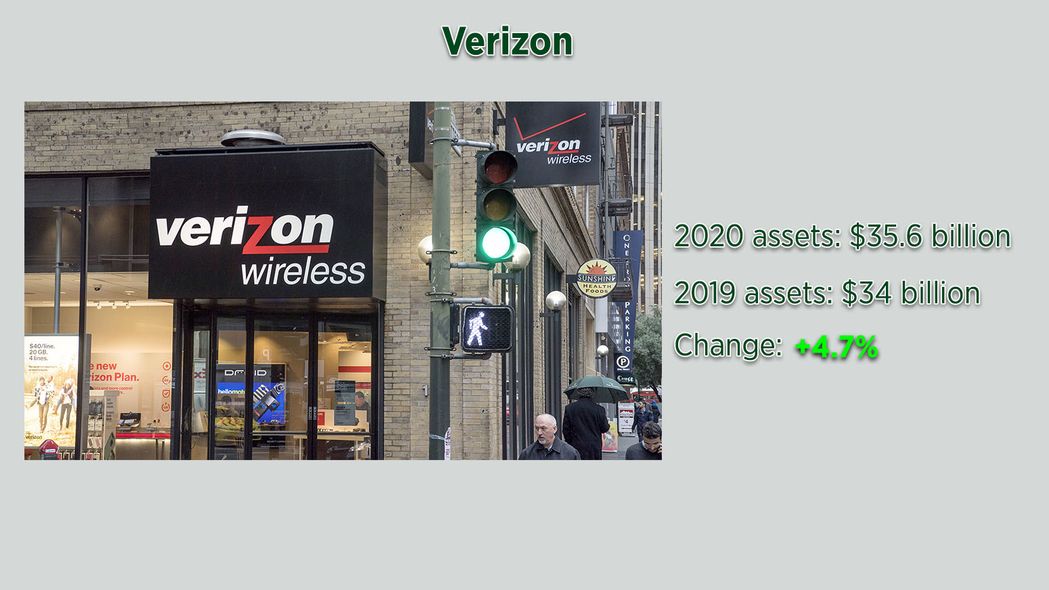 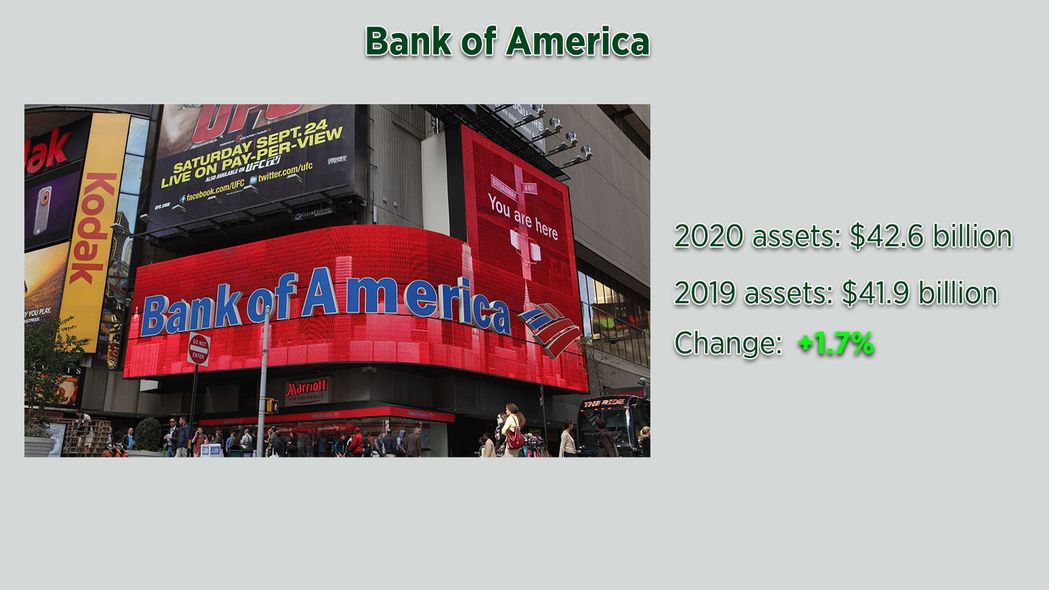 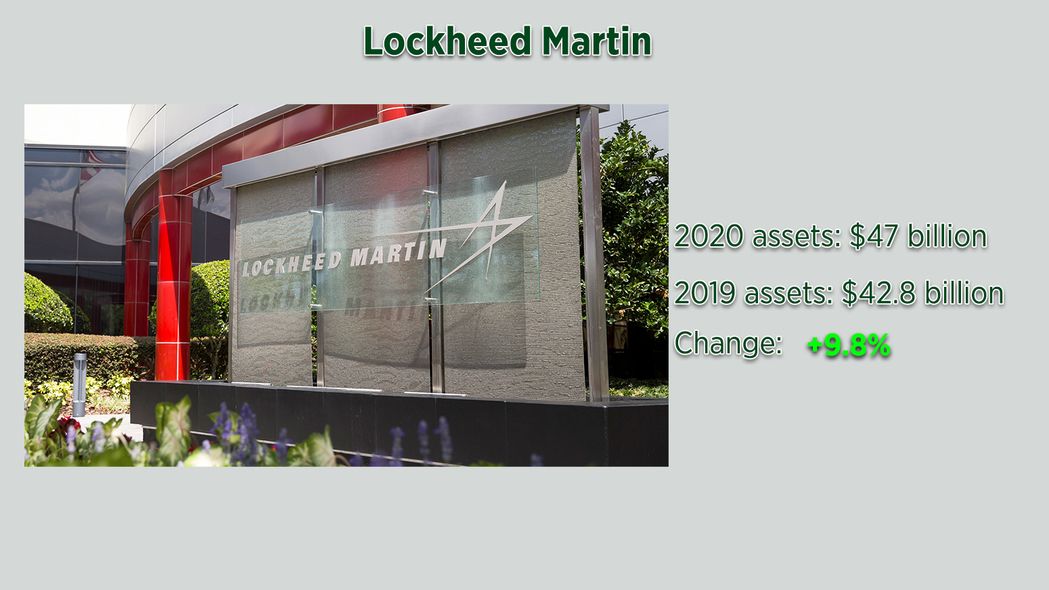 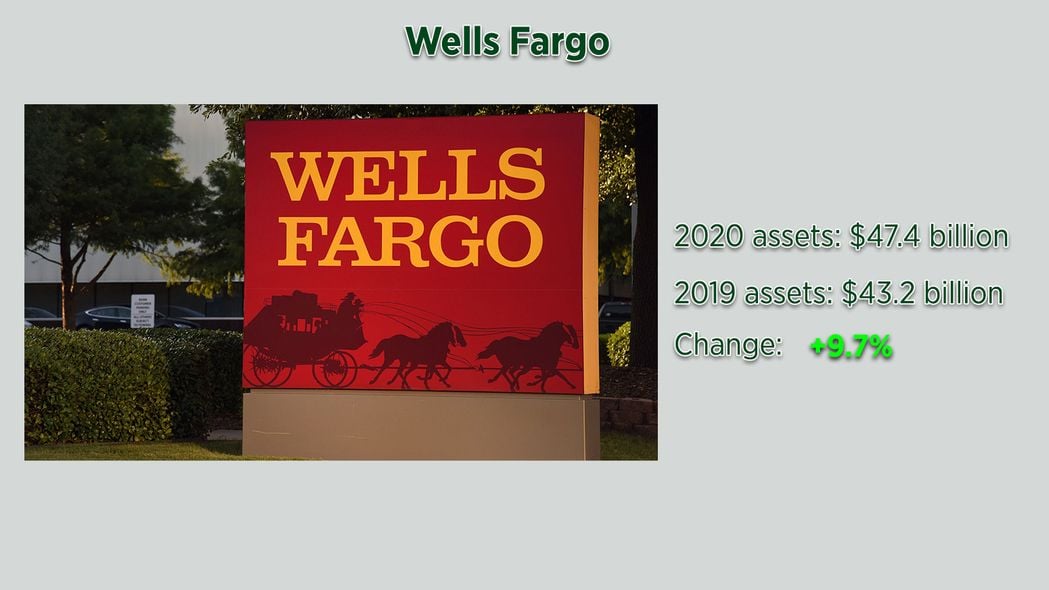 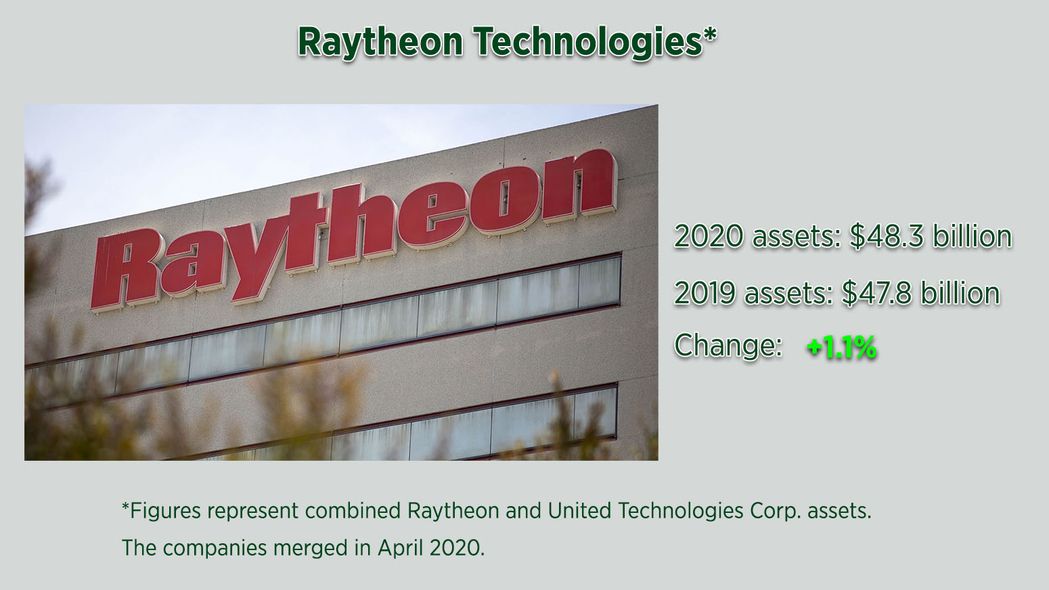 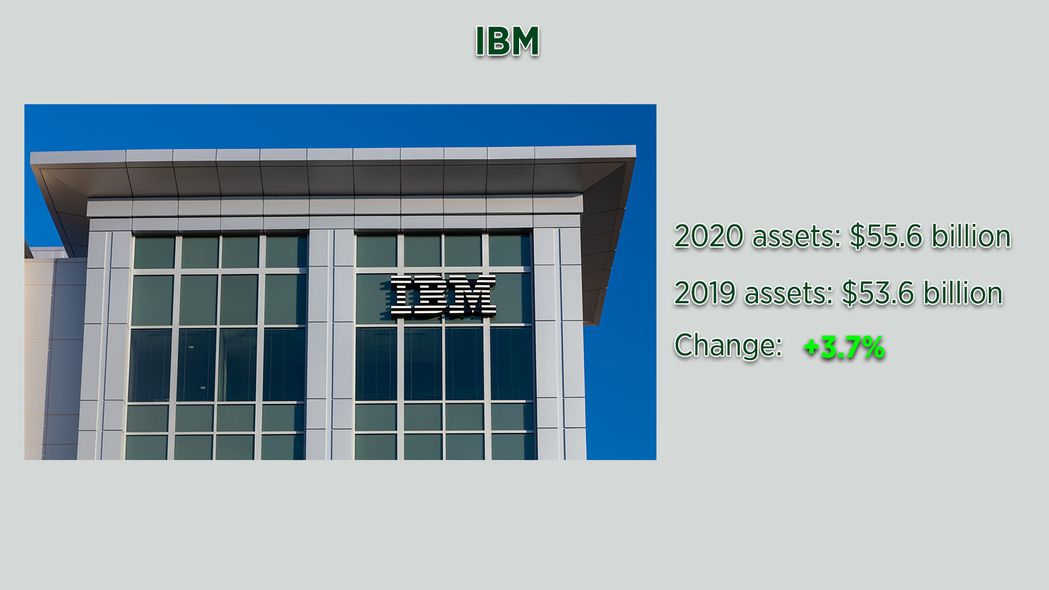 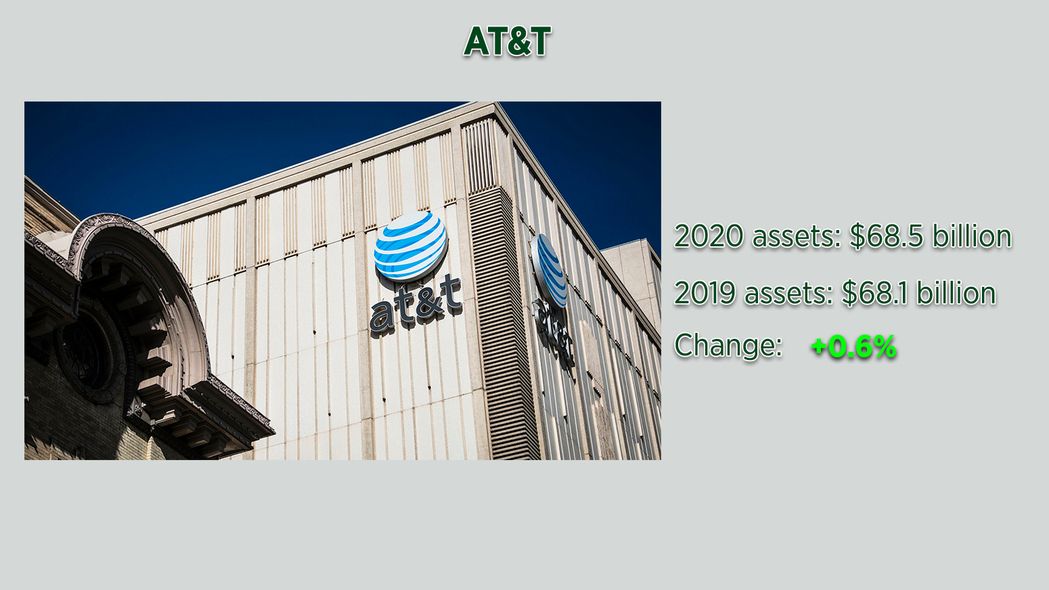 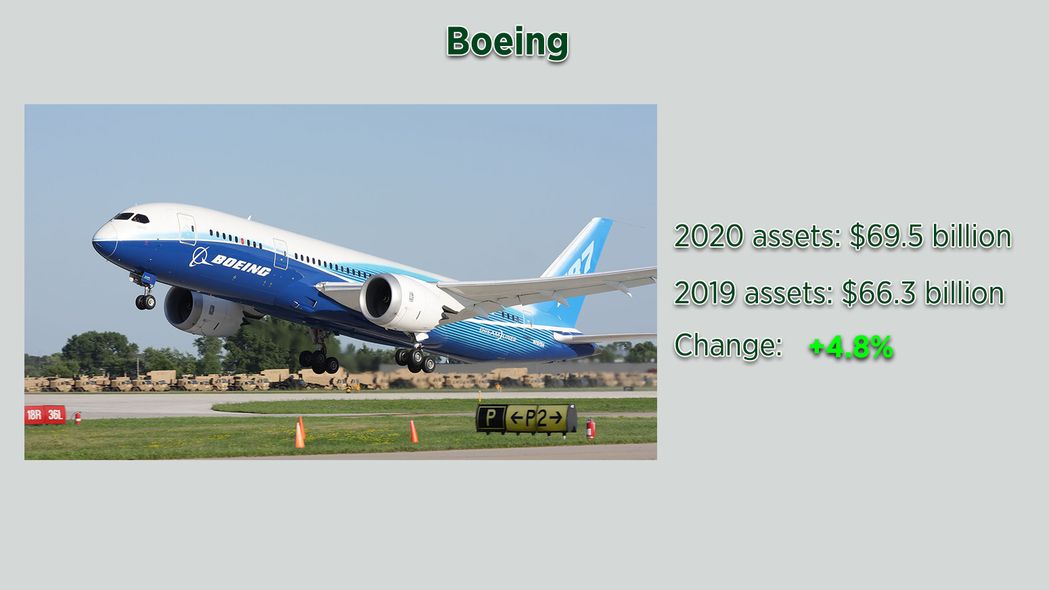 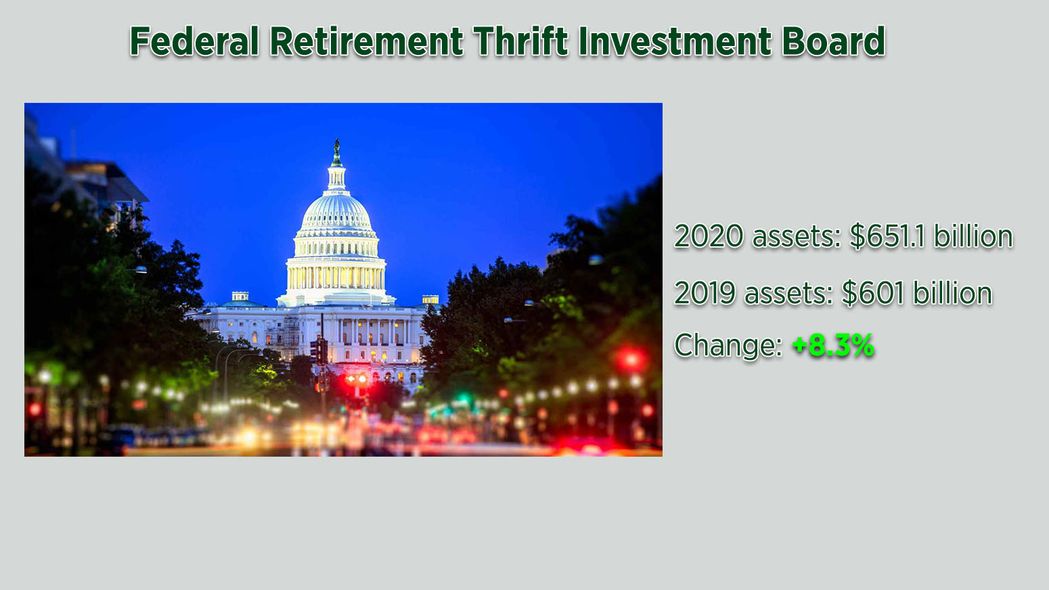 Jay Love, the Atlanta-based U.S. investment leader for Mercer LLC, said he "would have expected passive allocations to grow (as) this has a been a period dominated by megacap growth stocks, which covers the FAANG stocks," in the S&P 500 index.

"Active managers are generally going to have lower weights to those areas, so their returns will be weaker. I would expect the return to passive to be higher for that alone. And beyond that, some (investment) committees may have been looking at the performance of their active managers and decided to go passive," Mr. Love said.

Despite increased allocations to passive among some large DB plans, Mr. Love said that Mercer does believe the opportunity for "successful active management got better in 2020."

"We do think that the dispersion in (stock) valuations, which drives opportunity for active management, definitely widened in 2020," he said.

While some pension plans may have moved away from active management in the U.S., since valuation dispersions are widest there, Mr. Love does think there will be opportunity in international equity, including emerging markets equity.

To this point, Mr. Pliner also noted that Willis Towers Watson "certainly understands the move to passive, but we are advocates of active management within public equities."

"One of the things we've seen now is an unprecedented level of market concentration in the S&P 500. The market cap concentration of the top five stocks in the S&P 500 now is greater than it was during the dot-com bubble. The FAANG stocks accounted for over 50% of returns in 2020, so on an absolute basis there may be even more risk embedded in passive than active. We certainly think, for now, active makes a lot of sense," he added.

The State of Wisconsin Investment Board, Madison, which had $116.9 billion of its $124.5 billion of total assets in defined benefit plans — saw opportunities in active management and increased its allocation to active global equity by 18.8% to $32.8 billion over the year. Over the period, Wisconsin's passive global equity allocation dropped 14.3% to $26.4 billion.

A public health worker walks to a tent to administer a COVID-19 test in Martinez, Calif.

The Maryland State Retirement and Pension System, Baltimore, which had $57.3 billion in assets as of Sept. 30, confirmed it terminated its two REITs managers in July 2019, which collectively managed $531 million, or 1%, of the fund's assets.

Andrew Palmer, CIO of the pension fund, said in an interview that the plan got rid of its dedicated REITs sleeve, although it does have some exposure to the asset class through its public market equities portfolio.

The decision to lower its exposure to REITs was "a product of our 2019 asset allocation process that we worked with our consultant on. That process looks at the long-term return expectations by asset classes," Mr. Palmer said.

"REITs had a similar return expectation to our private assets, but were expected to be two times more volatile," he added, noting that this turned out to be particularly true in 2020 given the pandemic's impact on real estate valuations.

"Going forward, we do think we can use REITs tactically to build out our real estate portfolio, but we haven't done so yet. We are working on the mechanisms to do that and the analytical tools to figure out when it's an appropriate time to use them. We do believe it's a viable and attractive asset class," Mr. Palmer said.

The Maryland pension fund is still evaluating what areas of the REIT market would be attractive at the moment, whether that be private assets that are only accessible through REITs or assets that are attractive because "they were overly discounted due to the threat of COVID and may rebound," he added.

Mansco Perry III, executive director and CIO of the Minnesota State Board of Investment, St. Paul, which had $85.7 billion in assets as of Sept. 30, confirmed the fund increased its defined benefit assets in cash to nearly $4 billion, up from $577 million in Sept. 30, 2019.

The move was made in order to allow additional control over liquidity following the economic fallout of the pandemic, he said.

"We will essentially, every quarter, always have enough cash to make sure we can develop the short-term bond portfolio … which is liquid itself, but gives us slightly more returns than three-month Treasury bonds," Mr. Perry said.

"I wanted more control of my liquidity. Some people say you can get liquidity from stocks, to which I say, if the market goes down, do I want to sell stocks for cash?" he said.

In this year's survey, the defined benefit plans in the top 200 saw their collective assets in inflation-protected securities drop 11.6% to $56.3 billion over the year ended Sept. 30. Over the five-year period ended Sept. 30, assets in this universe were down 25.3% from $75.4 billion.

Mr. Love at Mercer said the investment consultant sees increased chances of moderate inflation occurring in the next two to five years.

"The Fed is trying hard to get inflation up and it's a tough thing to do, but the extreme monetary stimulus which is expected to be coupled with fiscal stimulus, does increase the odds that we will experience moderate inflation in the medium term of two to five years," Mr. Love said, adding that the Biden administration plans for more fiscal stimulus than was proposed by the last White House administration.

Mr. Pliner also noted that Willis Towers Watson does "see some potential for inflation to rise," though not significantly. The firm recommends that pension plans have asset class exposures "that would do well in an inflationary environment given the level of fiscal stimulus expected — but at the same time we don't necessarily think it is imminent," he added.

Asset owners turn to private credit in quest for returns