Graphic: A peek behind the curtain

Reprints Print
A look into the managers and service providers who work for the 200 largest U.S. retirement plan sponsors reveals a top-heavy distribution of the usual suspects, according to P&I's survey as of Sept. 30. The data reflect broader trends that have generally favored low-cost providers which typically achieve savings through scale.
Most-used managers: BlackRock, the most-used manager by both DB and DC plans, would have ranked fourth for its DC mentions alone. Blackstone was the most-used alternatives manager. 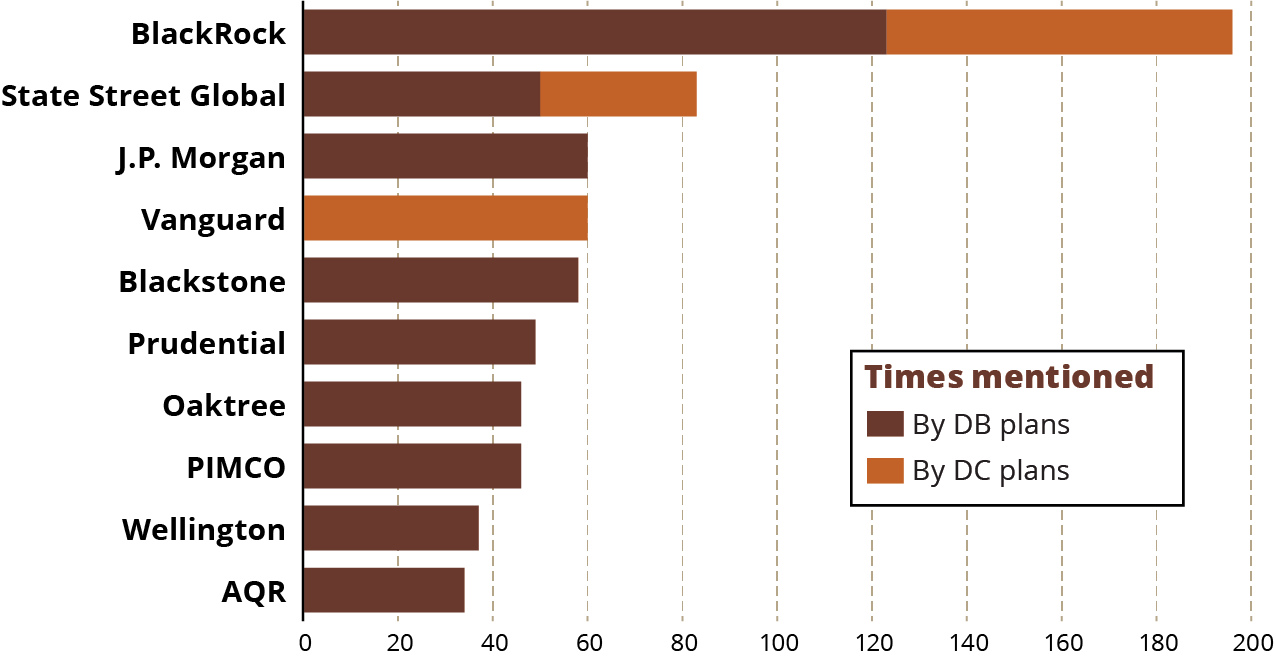 Mixed growth: Of the most-used managers, Vanguard and AQR saw the most growth* in institutional assets. Despite lower growth, BlackRock is still the largest manager by assets. 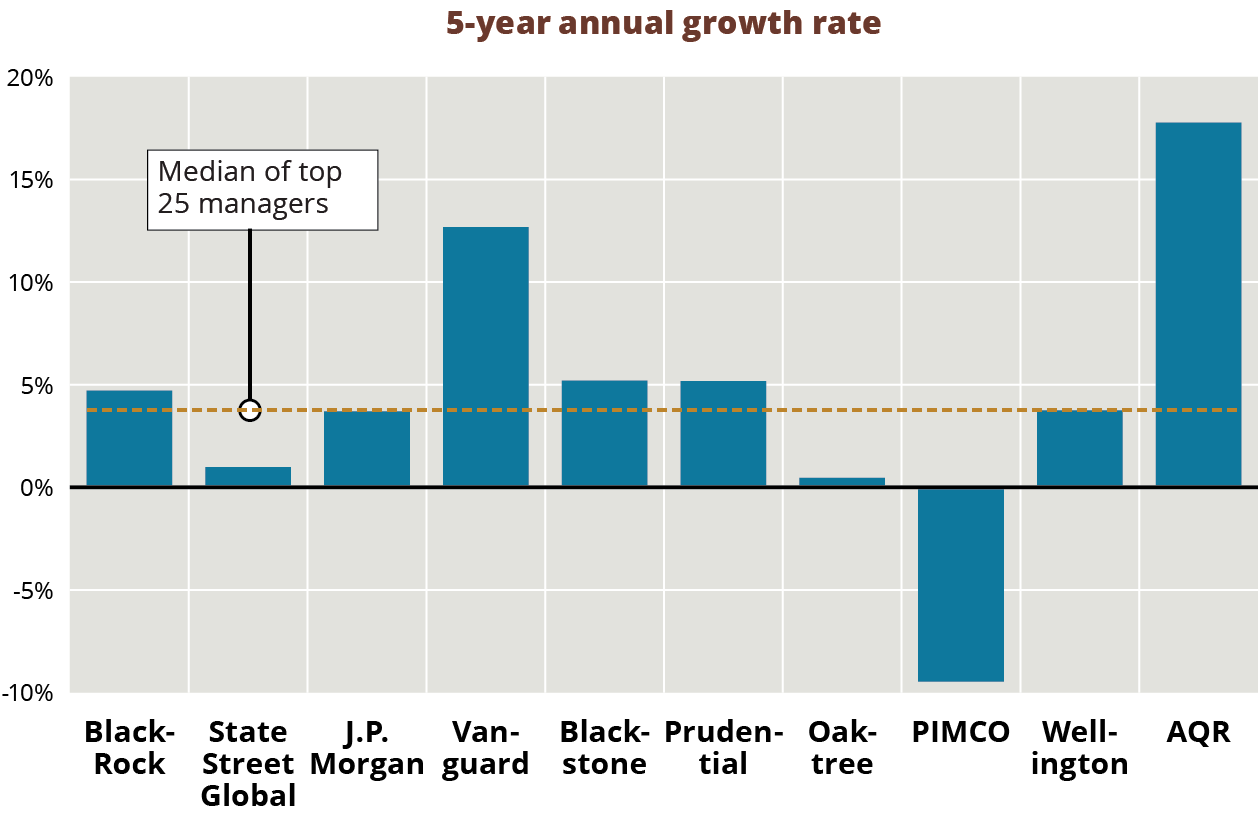 Most-used consultants: Callan and Aon were the consultants most mentioned by the 200 largest retirement plans. Callan had the most DC plans as clients, with Aon heavier in DB. 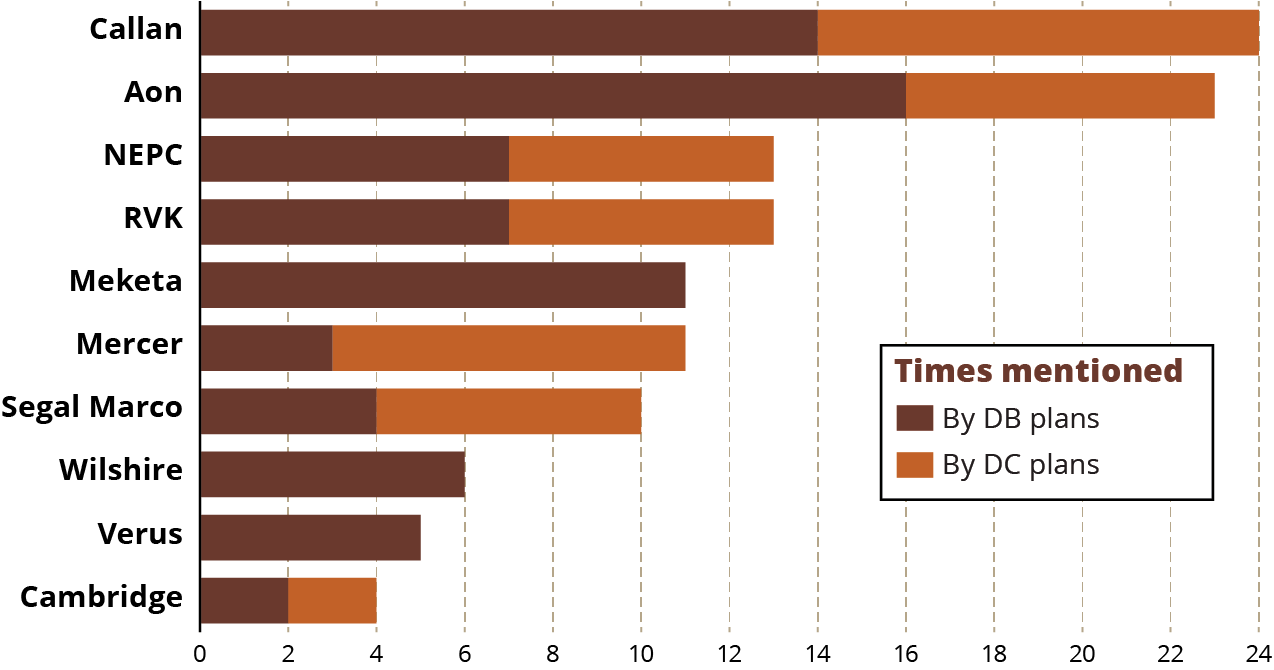 *Based on P&I money manager survey as of Dec. 31, 2018. Source: Pensions & Investments Research Center
Recommended for You

How P&I compiled the data