Public DB plans get what they allocate for

For more than 30 years, U.S. public defined benefit plans have generally had the same objective; meet an assumed rate of return. Allocation changes reflect the challenge of endlessly declining interest rates. In the 1980s, public defined benefit plans had more than 60% of their investments in fixed income and cash. Allocations to equities and alternatives have continually increased and now stand at almost 75% of the portfolio. 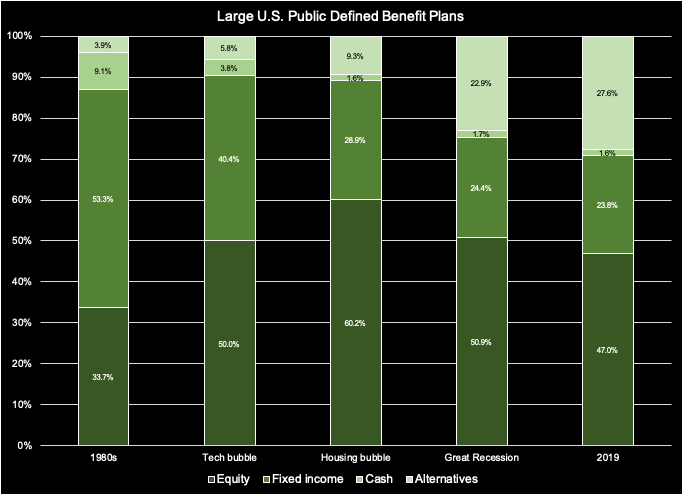 Data from Callan and others clearly shows investment teams can meet return objectives over the 20- to 30-year time horizon even in bear markets.

With U.S. interest rates now effectively at zero, the key question is how much risk are plans willing to take? Alternatively, are they able to reduce their expected rate of return, which would require significantly more contributions? As with most things in life, it will most likely be a bit of both.