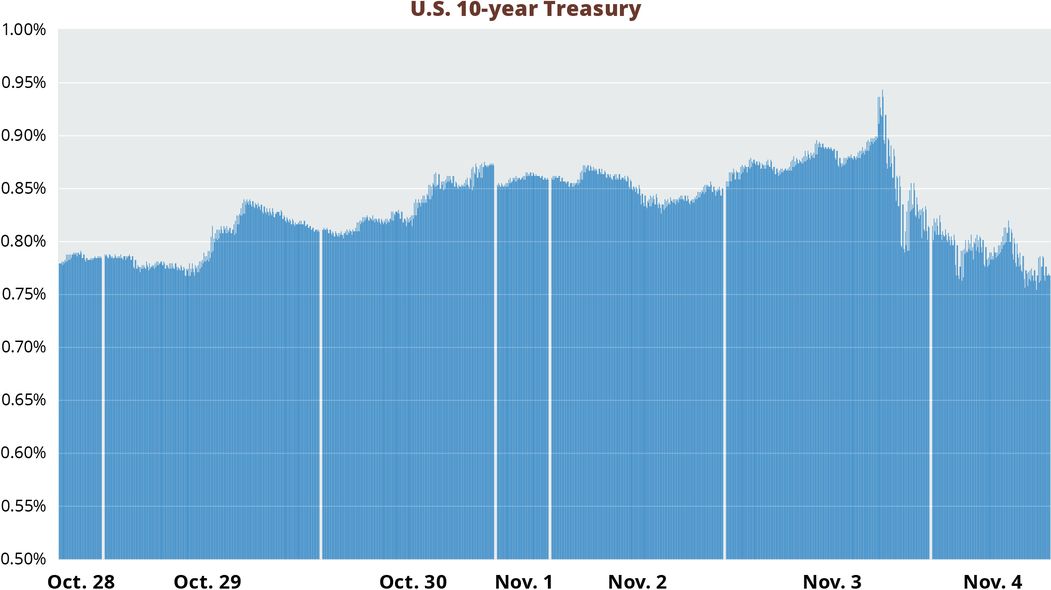 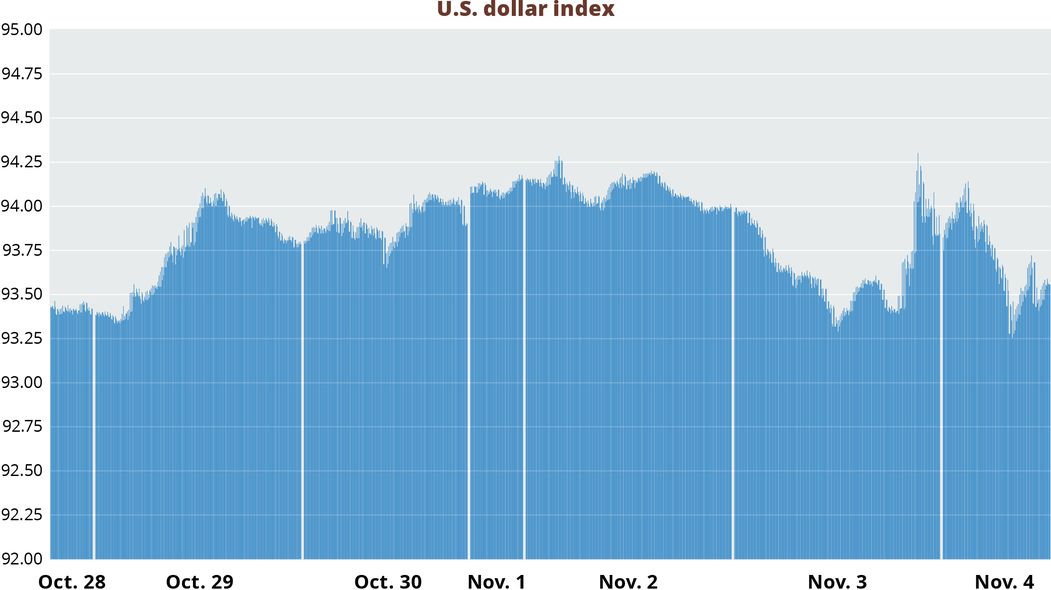 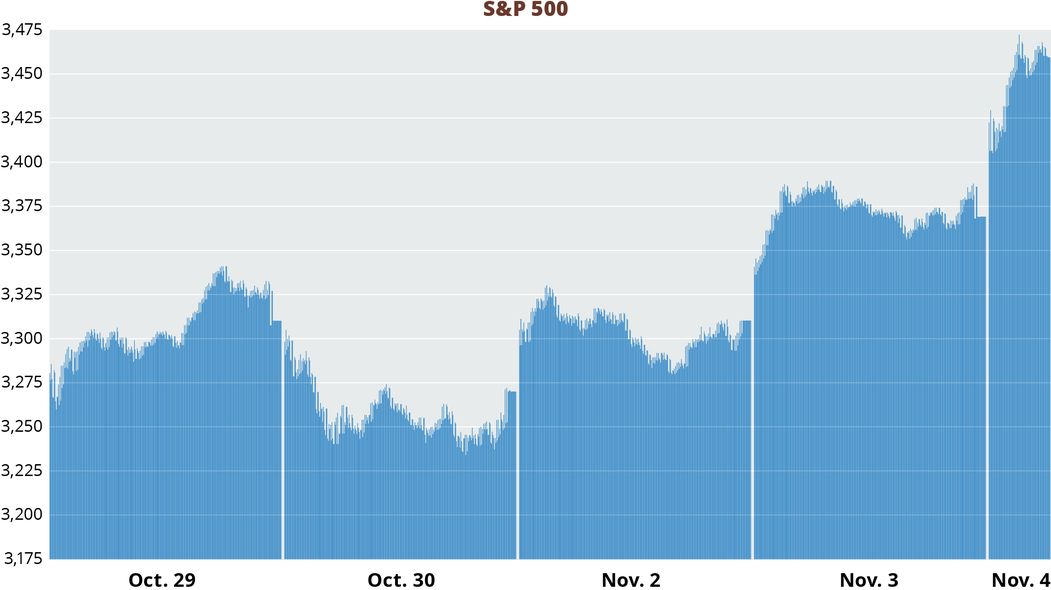 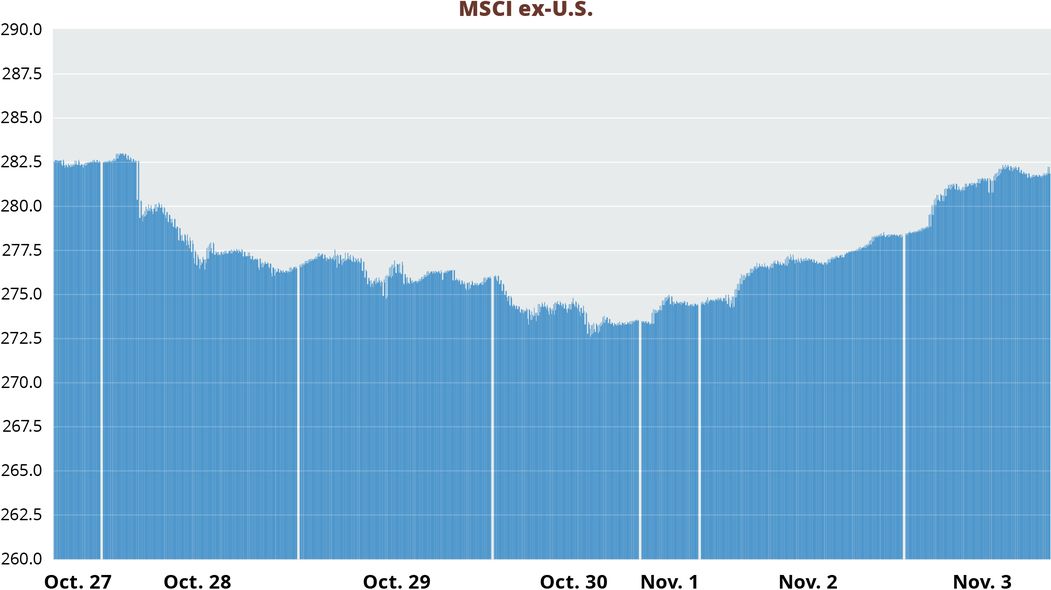 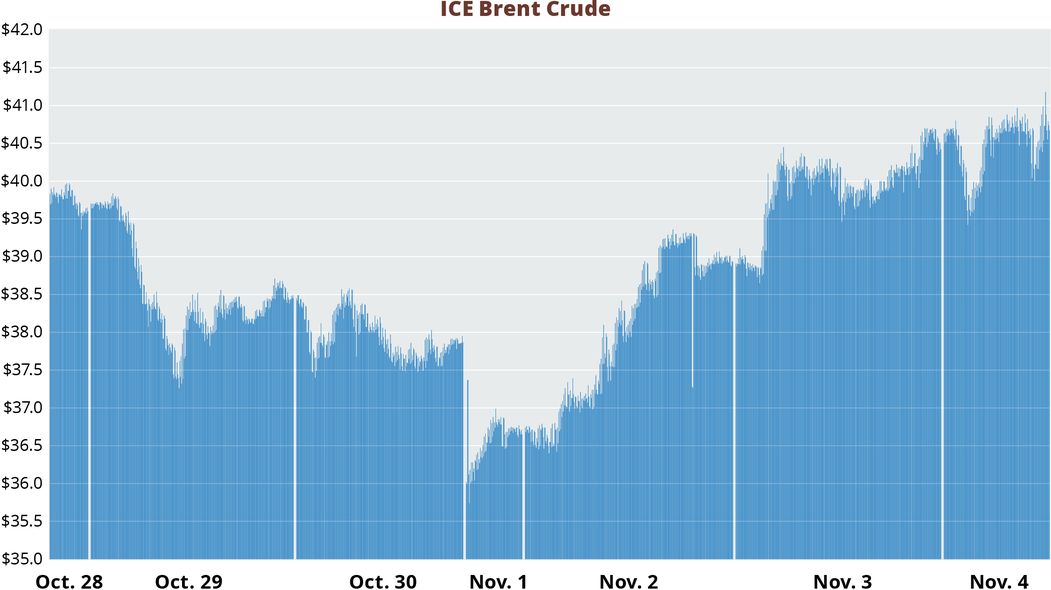 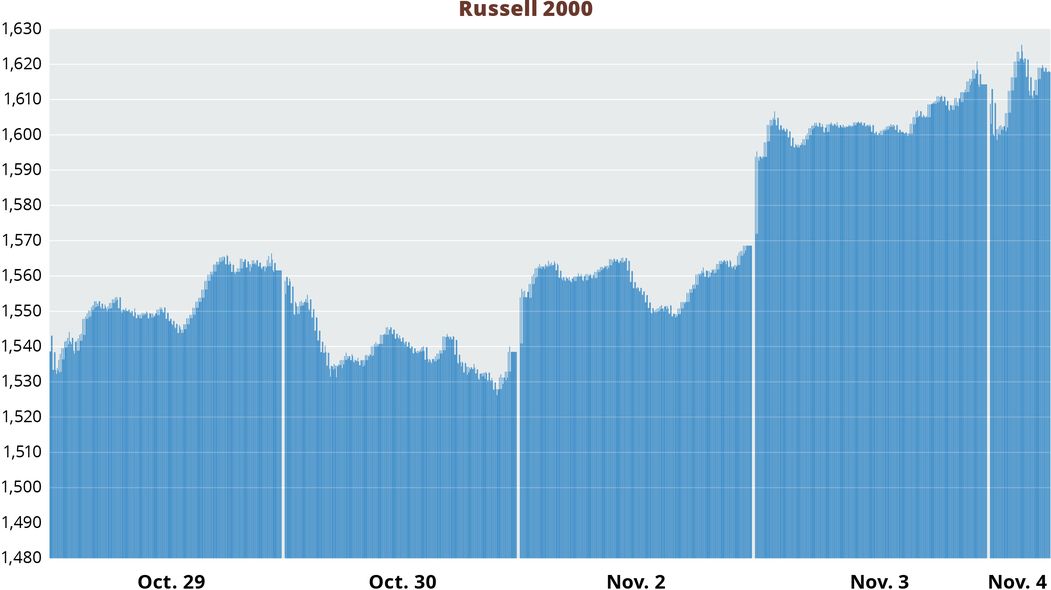 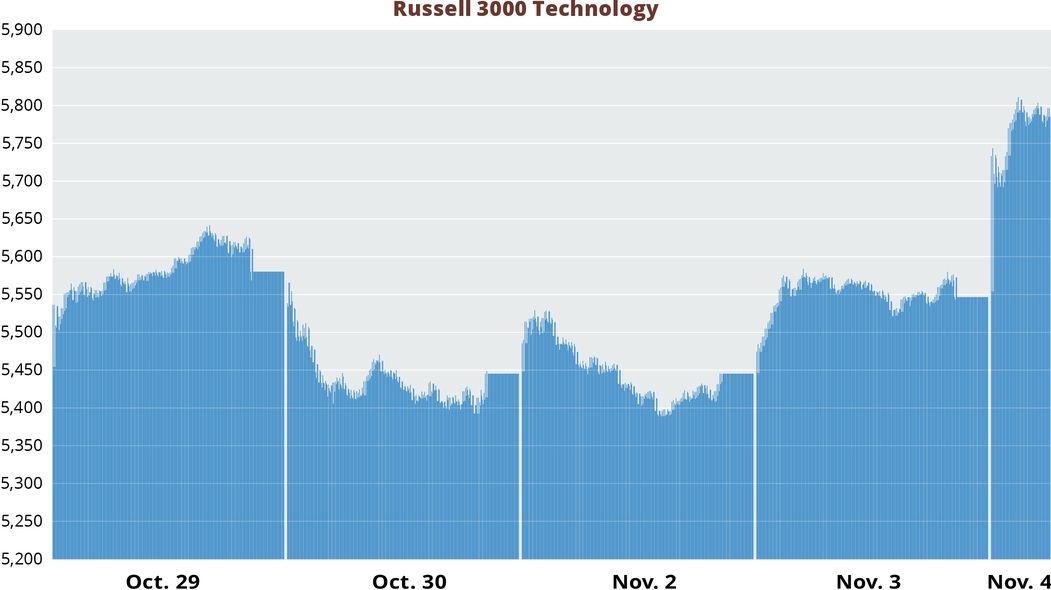 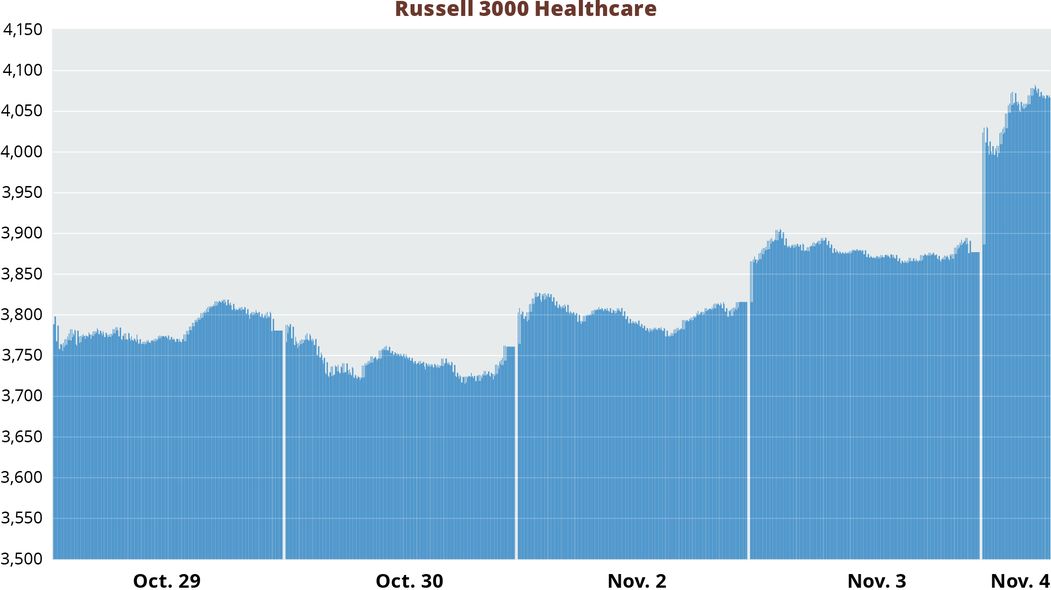 In U.S. markets, investors bid up stocks Wednesday, sending major averages to the biggest rallies in five months, as they grew more confident that the tightly contested outcome would ensure key elements of the bull market remain intact for years to come.

A narrow victory by either Democratic challenger Joe Biden or President Donald Trump, coupled with a split Congress, will make it unlikely that Mr. Trump’s 2017 corporate tax cuts — an important driver to stock gains — will be rolled back, as Mr. Biden has pledged to do. The failure by the Democrats to clearly sweep Congress and the White House does pare back bets that traders had made on a massive fiscal stimulus package, though some aid remains likely this year.

Fading prospects for a multitrillion-dollar stimulus package also prompted investors to bid up Treasury bonds amid a diminishing of inflationary pressures, sending yields lower by the most since June.

As of Wednesday morning New York time, millions of ballots remained uncounted and neither candidate was able to claim an outright victory. Joe Biden was slightly ahead of incumbent President Donald Trump in the electoral college count.

Stock markets showed some signs of election jitters. The FTSE All-Share and FTSE 100 indexes each dropped about 1% immediately after market open, quickly recovered and were each up about 0.3% within hours of market open. The DAX Performance index was down about 0.3%.

Money managers around the globe warned that market players will need to exercise patience and be prepared for volatility.

"The markets were prepared to absorb a clear victory by either of the two candidates — but the uncertainties associated with a disputed election were what investors feared the most," Nathan Sheets, chief economist at PGIM Fixed Income, said in a statement. "At a minimum, there is a good chance we will be waiting for a verdict in Pennsylvania to determine the election's outcome, and the final vote count in Pennsylvania is likely to take until the end of the week. Put on your seat belts."

“Part of what is going on is tech is rallying strongly, which is pushing the market up, and the reason tech is rallying is because it sold off; it was uniquely exposed to higher yields, higher taxes,” said Alicia Levine, chief strategist at BNY Mellon Investment Management. “That created a viscous reversion trade into cyclicals with the expectation yields were moving up with the prospect of further stimulus.”

Paul Brain, head of fixed income at Newton Investment Management, said in a statement that the U.S. dollar will continue to be influenced by the uncertainty and U.S. Treasury yields will fall. "Risk assets can also be expected to underperform until there is more clarity."

However, the political party in control of Congress is a bigger focus for money managers, with concern that the election will result in a divided government. Market consensus had been that the Democrats would control both the presidency and both houses of Congress.

Stephane Monier, Geneva, Switzerland-based chief investment officer of Lombard Odier, said a divided Congress "has far-reaching implications for markets, mostly because it means that any kind of pandemic recovery package is still tough to approve."

Which party controls Congress is "arguably more important than the presidency for the macro-market outlook," Paul Eitelman, senior investment strategist at Russell Investments, said in a statement. "That's because Congress controls the power of the purse — both taxes and spending. With gridlock around a new fiscal stimulus package in the U.S., a unified Congress (where the Democrats win the Senate) should deliver the most fiscal stimulus in 2021."

And Paul Sandhu, Hong Kong-based head of multiasset quant solutions and client advisory, Asia-Pacific, at BNP Paribas Asset Management, in an interview warned that "if the U.S. cannot re-up on stimulus," that will indirectly depress Asian markets.

But he predicted investors will increasingly stand ready to use any sell-downs in Asia as a buying opportunity, as they look to diversify what have grown in recent years to be very concentrated exposures to developed market equities and to U.S. equities in particular, he said.

Bloomberg News contributed to this story.

Goldman to pull out of most SPACs over threat of liability

Inflation, recession on top of minds at Milken conference