Graphic: A look at hiring activity in 2020

Aaron M. Cunningham
Reprints Print
Overall hiring activity tracked by Pensions & Investments fell 16.3% to $214.5 billion in 2020. The total number of hires increased to 2,424 in 2020 from 2,220 in 2019. Hires for traditional and alternative asset classes fell 10.4% and 18%, respectively. Activity dipped slightly in the first quarter, but was relatively unaffected by the COVID-19 pandemic. As with prior years, commitments to alternative investment vehicles made up the bulk of the mandates, reaching an all-time high of 1,659, up from 1,493 in 2019. Infrastructure had 146 hires, more than double the level five years ago.
What's hot: The boom in private equity commitments continued. Traditional strategies commanded around $52 billion, split roughly evenly between equities and fixed income. Global and non-U.S. strategies made up 73.4% of equity activity. U.S. fixed income had almost no activity. 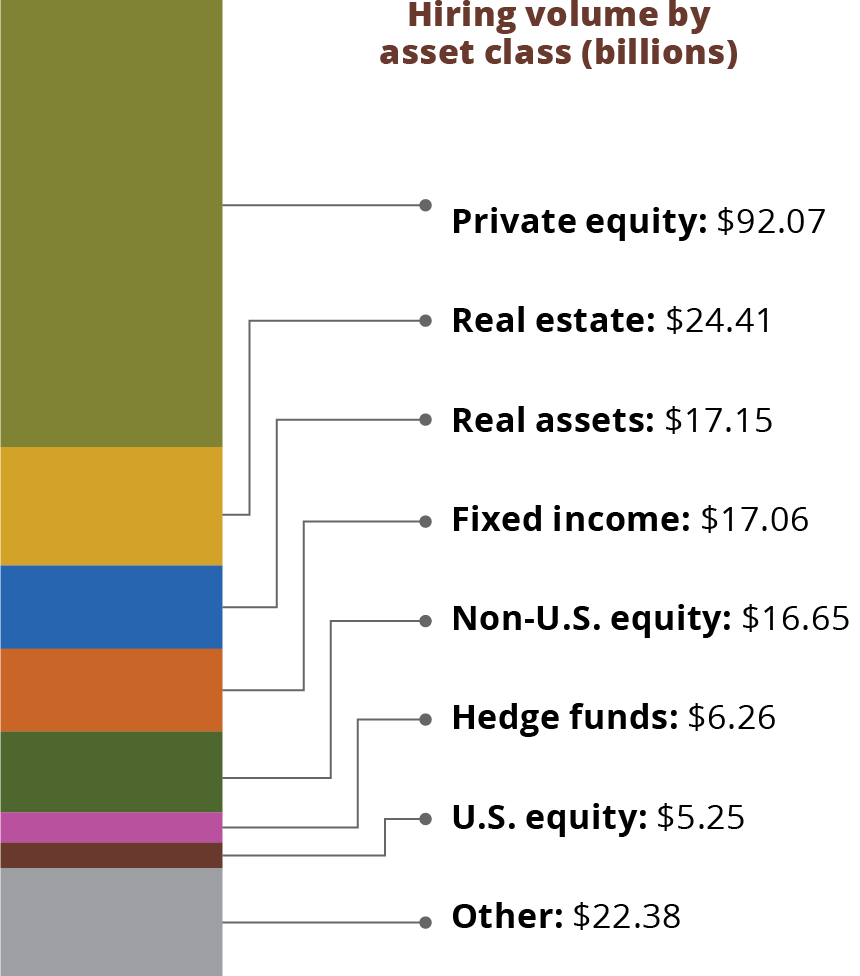 Real money: Infrastructure mandates drove growth in real-asset mandates. Investments tied to energy such as MLPs, private energy funds and commodities saw a steep decline in activity, down 66.7% from 2019. 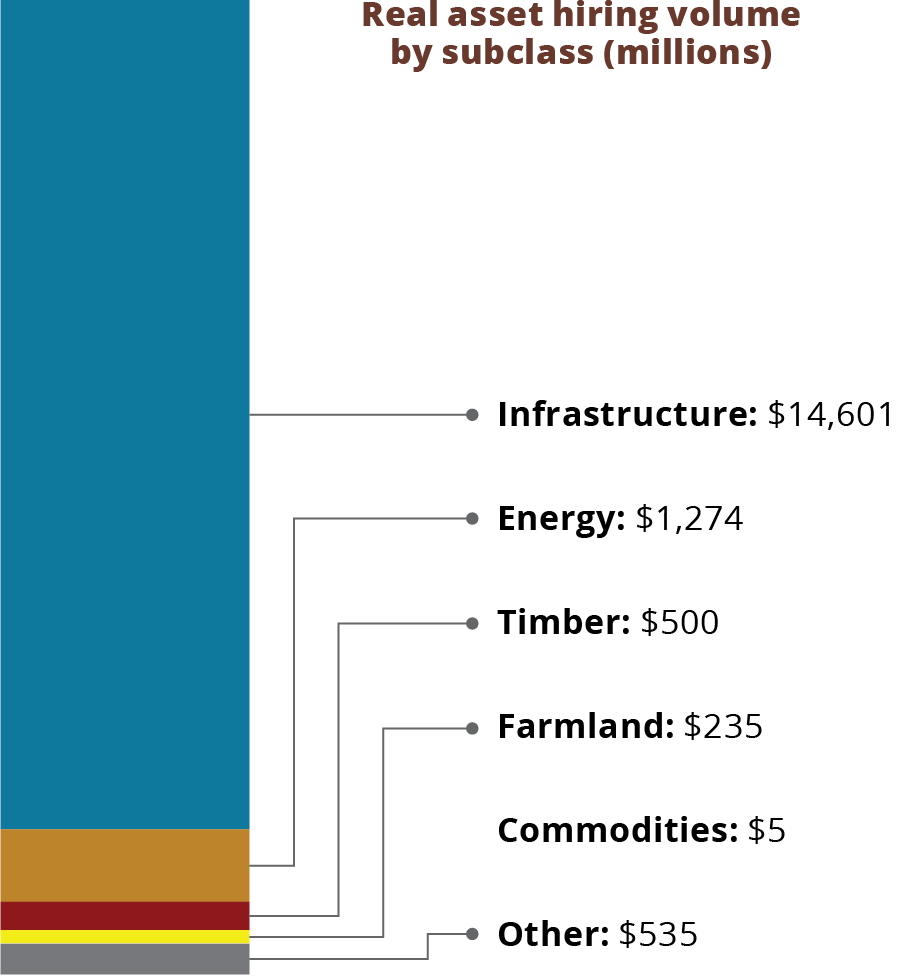 Real growth: Assets committed to infrastructure have steadily grown over the past 10 years, doubling the amount from five years ago. The number of hires also jumped, from 13 hires in 2010 to 44 hires in 2015 and 133 in 2020. 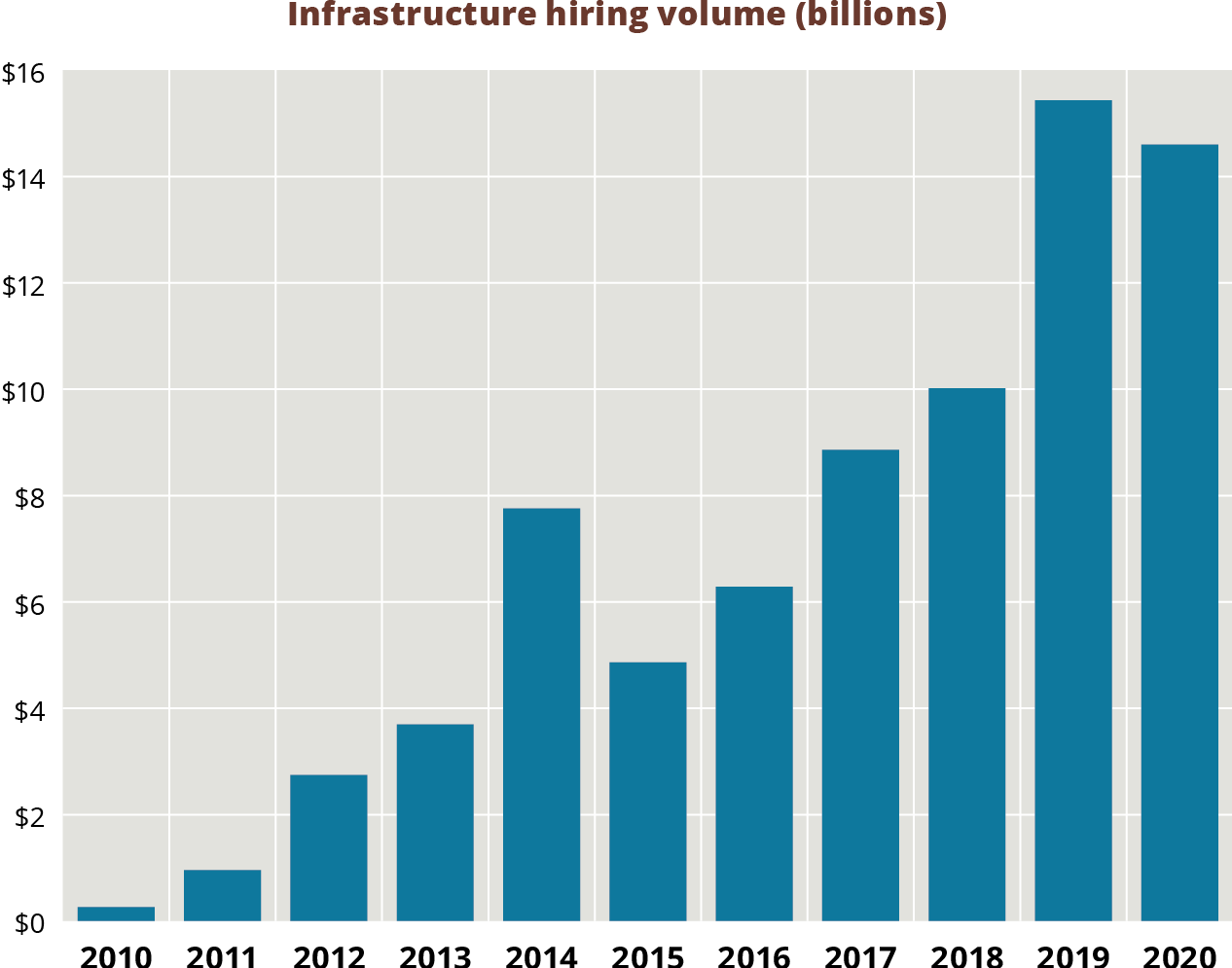