M&A activity slides for quarter; number of deals, assets down

Money manager merger and acquisition activity in the third quarter declined sharply, with assets in transactions totaling $135.8 billion, down about 77% from the second quarter and down about 36% from a year ago.

Also of note in the quarter was the purchase of Martin Currie Ltd. by Legg Mason Inc.

During the quarter, there were four institutional transactions that did not involve money managers, including the acquisition of Credit Suisse's Prime Fund Services by BNP Paribas Securities Services. 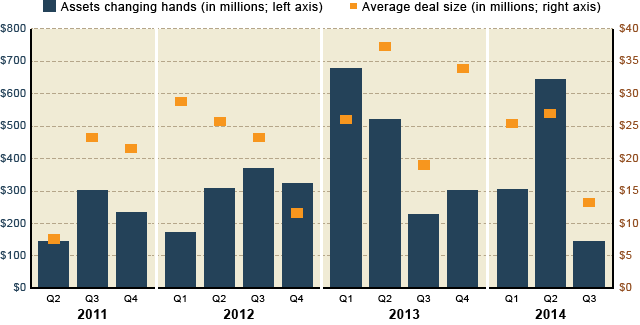