Larry Rothman
Reprints Print
Risky assets, which include small-cap equities, have faced a difficult 2022. Since the start of the year, the Russell 2000 index has returned -22.9% through Sept. 28, worse than the Russell 1000 index’s -21.9% return. With small caps’ slowing sales growth and margin pressure, the economic environment looks to get tougher as the Federal Reserve remains committed to squashing inflation even at the risk of bringing on a recession.
Tough road: The Russell 2000 index’s aggregate second-quarter sales growth was 9% year over year, and the operating margin contracted by more than 160 basis points to 5.3%. That’s the slowest growth rate since the fourth quarter of 2020, when the top line increased by about 2%.
Sales growth and margins 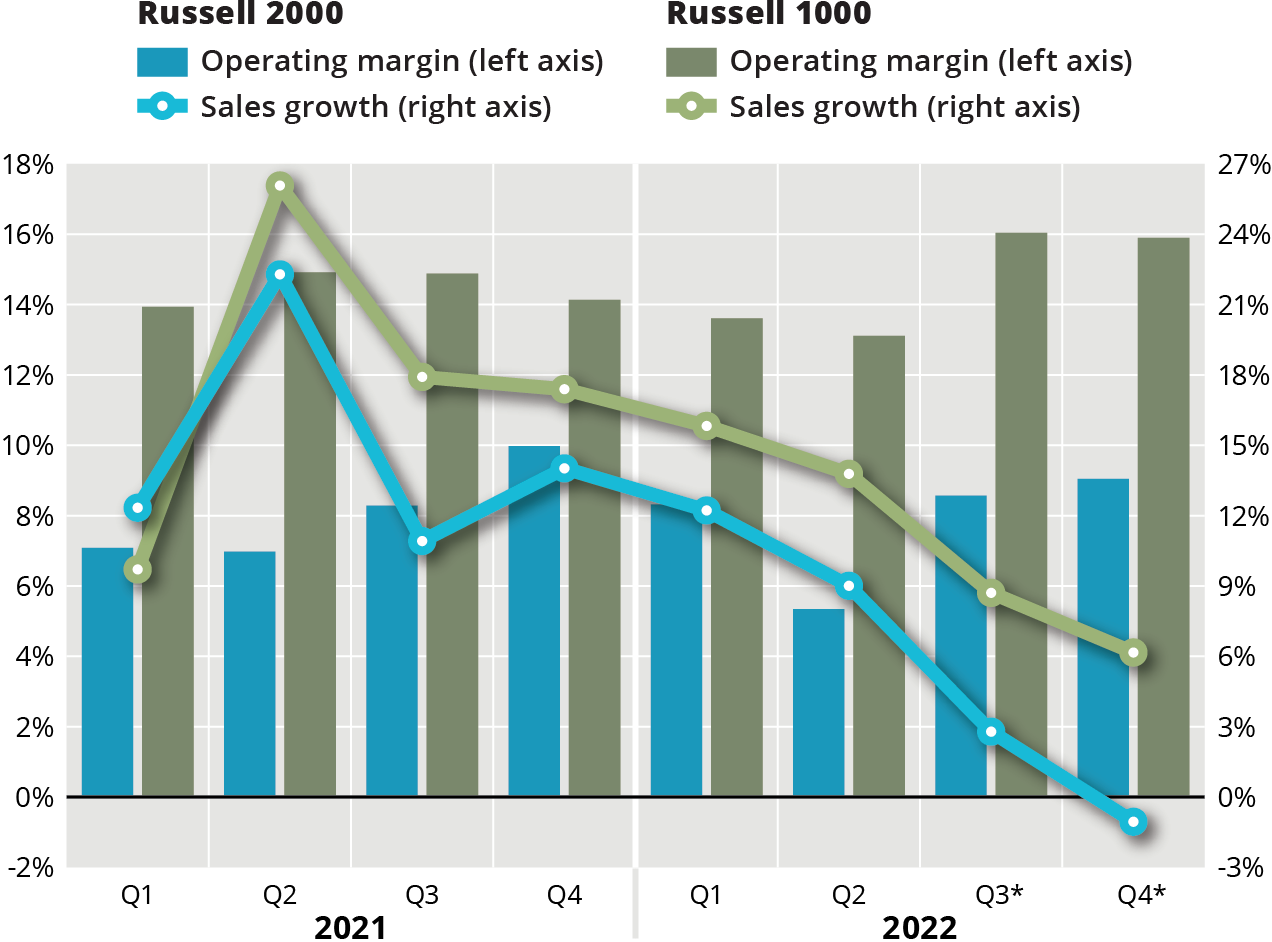 Valuation: With the Russell 2000’s price falling by 23.6% through Sept. 28, the price-to-sales ratio dropped to less than 1.1 times as of Sept. 28 from above 1.4 times at year-end. During previously sharp market declines, such as in March 2020, the P/S ratio had fallen below 1.
Price-to-sales ratios 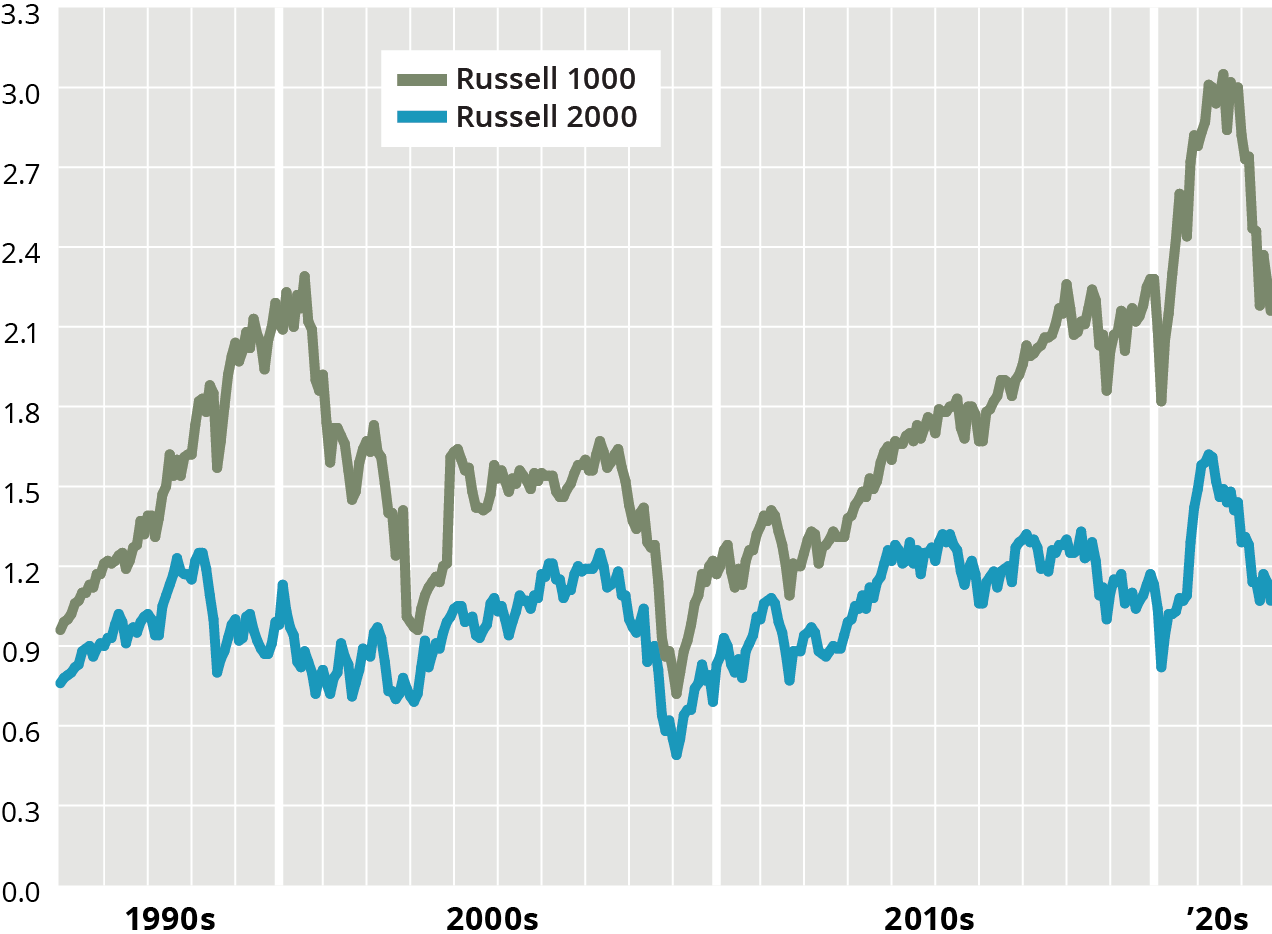 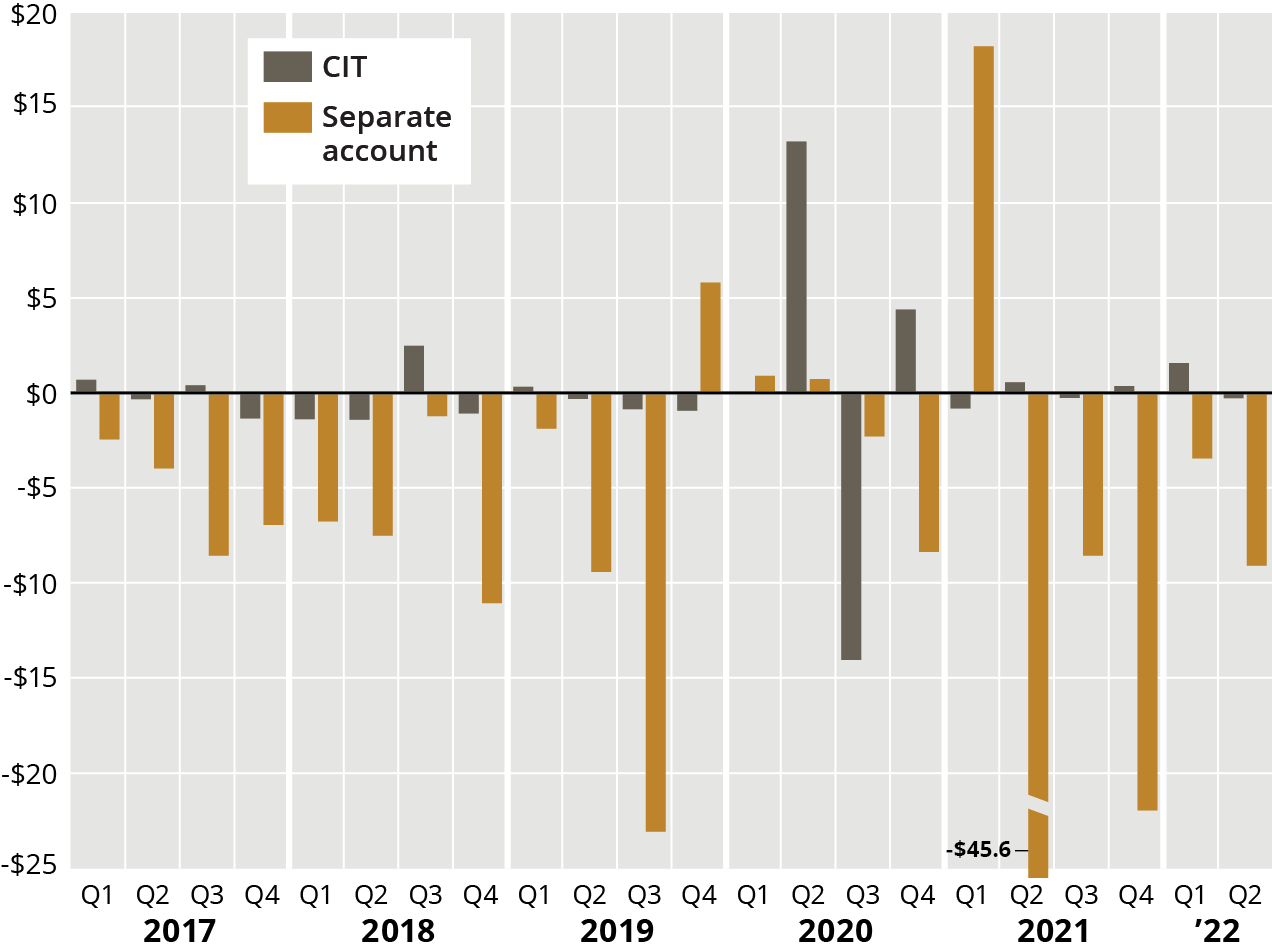 An active approach: The median return for small-cap separate accounts in the Morningstar universe was -16.2% over the year through June 30. This topped the Russell 2000’s -25.2%. During that span, small-cap CITs lost a median 21.6%.
Russell 2000 vs. actively managed accounts 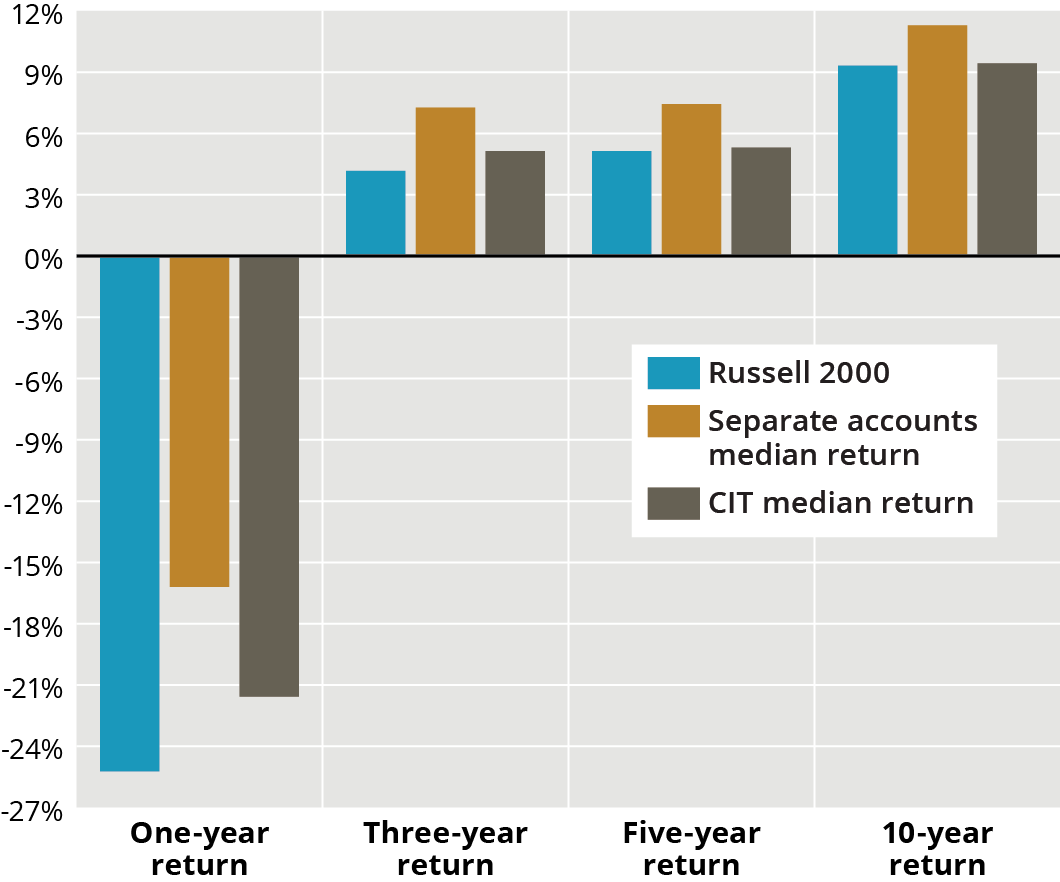 *Estimated. Sources: Bloomberg LP and Morningstar Inc.
Recommended for You