Reprints Print
A look ahead into 2020 through the lens of J.P. Morgan's long-term capital market assumptions and other projections suggests the last decade's run-up might be coming to an end. That's not to suggest a downturn or the risk of recession is on the horizon, but slowing global GDP and earnings could spell a reversion to the mean.
Returns will lag: Long-term returns, aside from emerging markets, are expected to be below the previous 10 years; long-term equity assumptions are higher than 2019. Already-low rates are poised to slow fixed-income gains. 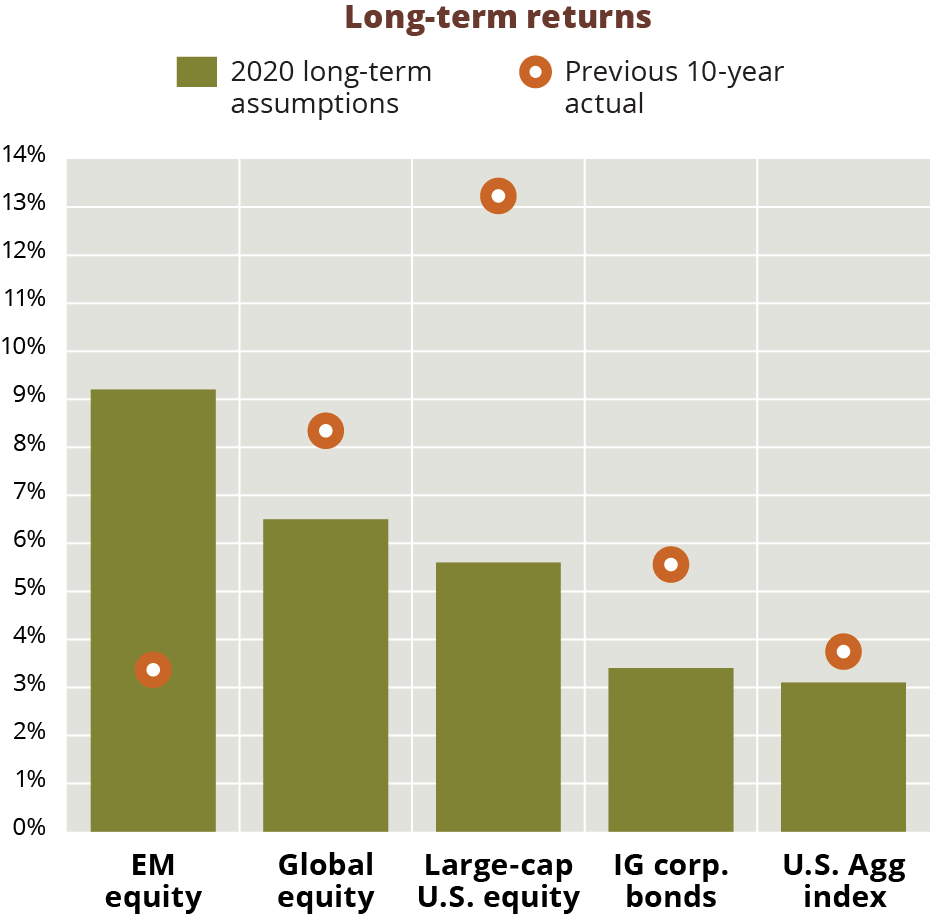 GDP mostly down: Global growth is predicted to be lower relative to the last decade, according to the OECD. China is expected to lead emerging markets higher; however, U.S. growth hinges on trade-deal outcomes. 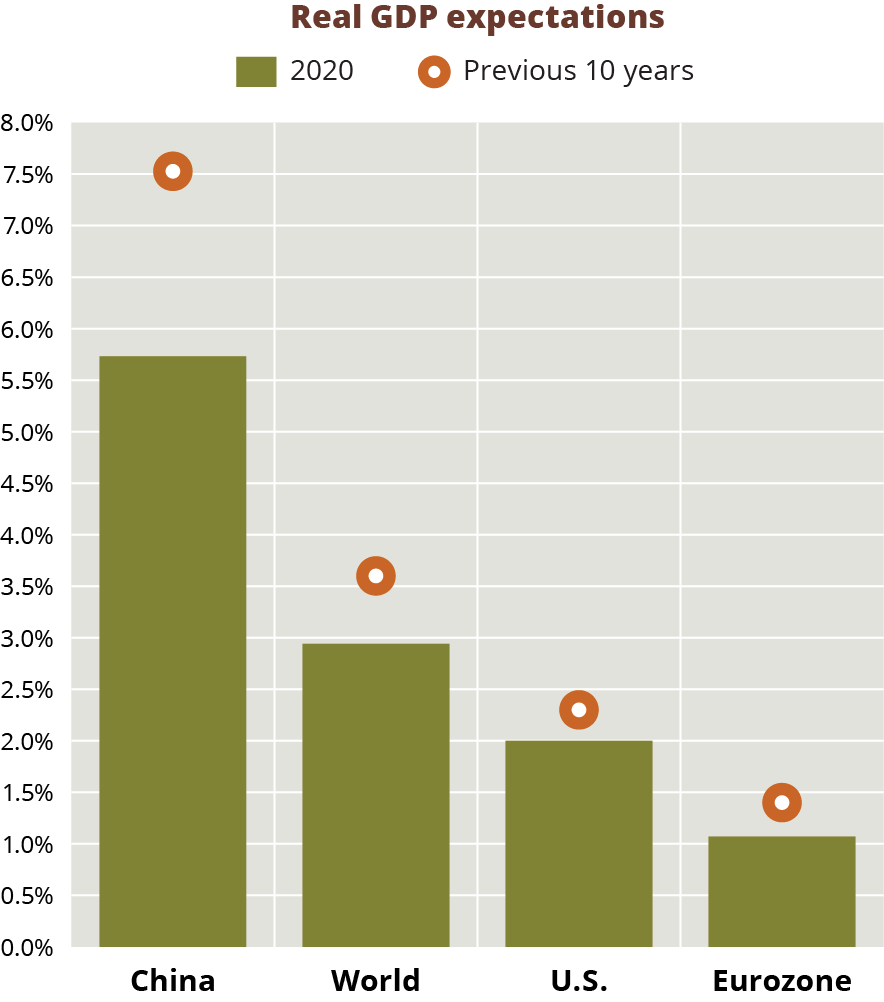 Pessimistic on earnings: A late surge in 2019 pushed U.S. equity valuations higher as 12-month forward-earnings estimates moved in the opposite direction. 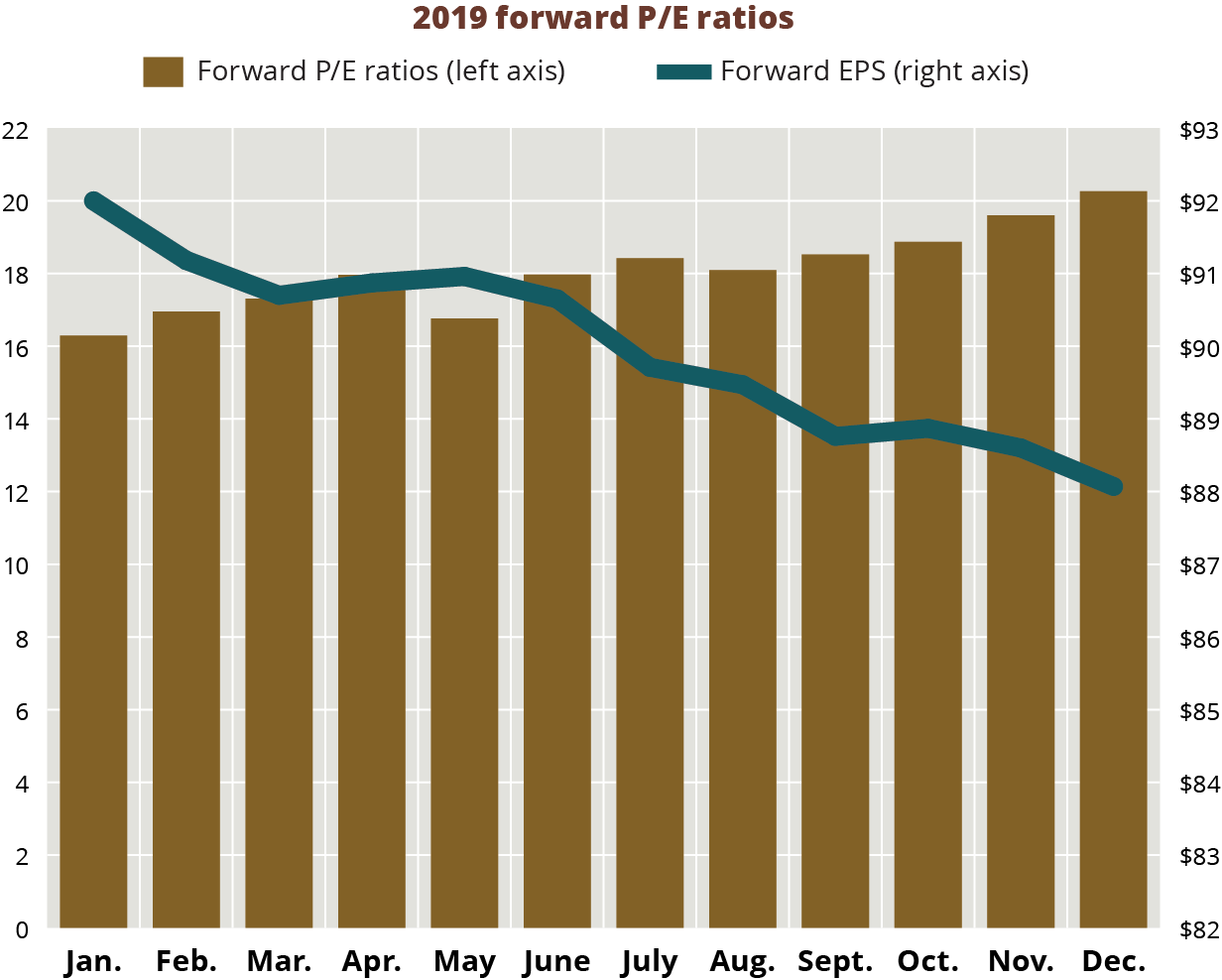 Trouble for plans: Based on asset-class assumptions, public pension plans are projected to see returns below both their 10-year average and the average return assumption. Corporate plans' projected returns are even lower. 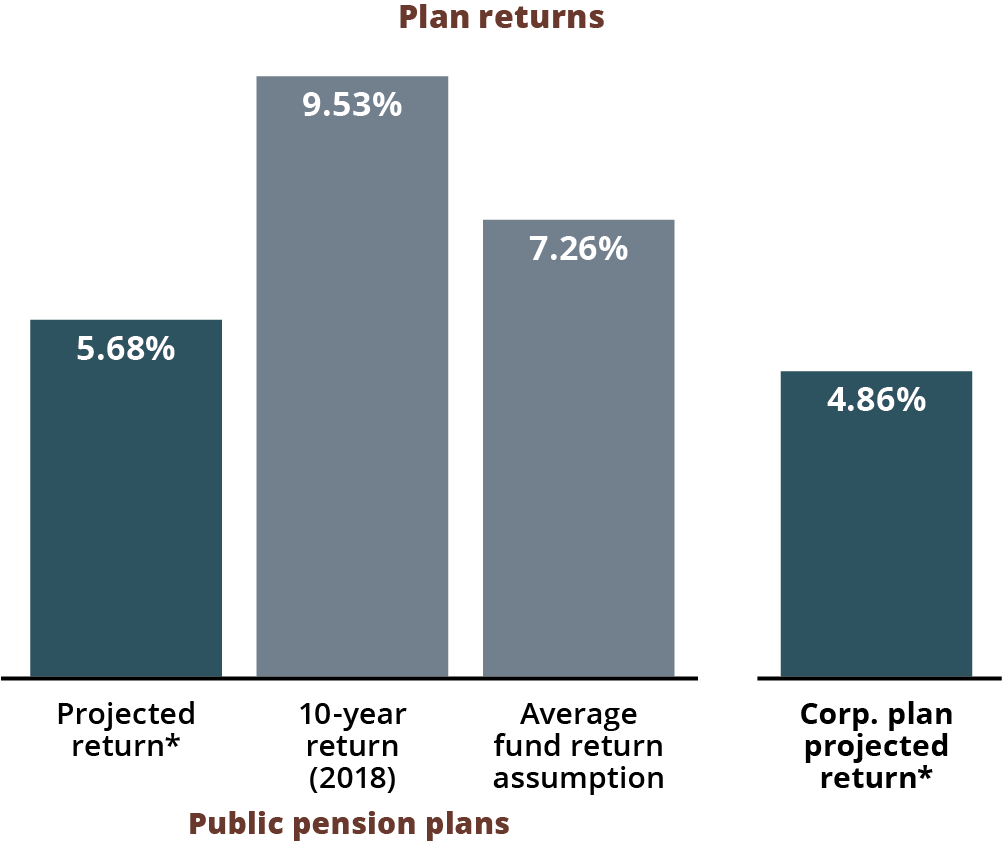