Graphic: What is Trian planning for Janus Henderson?

Larry Rothman
Reprints Print
Trian Partners gained two board seats on Feb. 1 at Janus Henderson Group, where it owns 16.7% of shares. The firm also has a 9.9% stake in Invesco, and previously held a 4.5% stake in Legg Mason, which it cashed out when Franklin Resources bought the company. Although Trian’s plans for Janus Henderson aren’t known, co-founder Ed Garden has talked recently about the need for industry consolidation.
Lagging returns: Since the Janus-Henderson merger, the company’s 7.3% stock return has lagged the Dow Jones U.S. Asset Managers index by 350 basis points. Invesco lost 3.8% during that period, but since Trian’s position was revealed in October 2020, the stock has returned 61.3%.
Comparative stock returns* 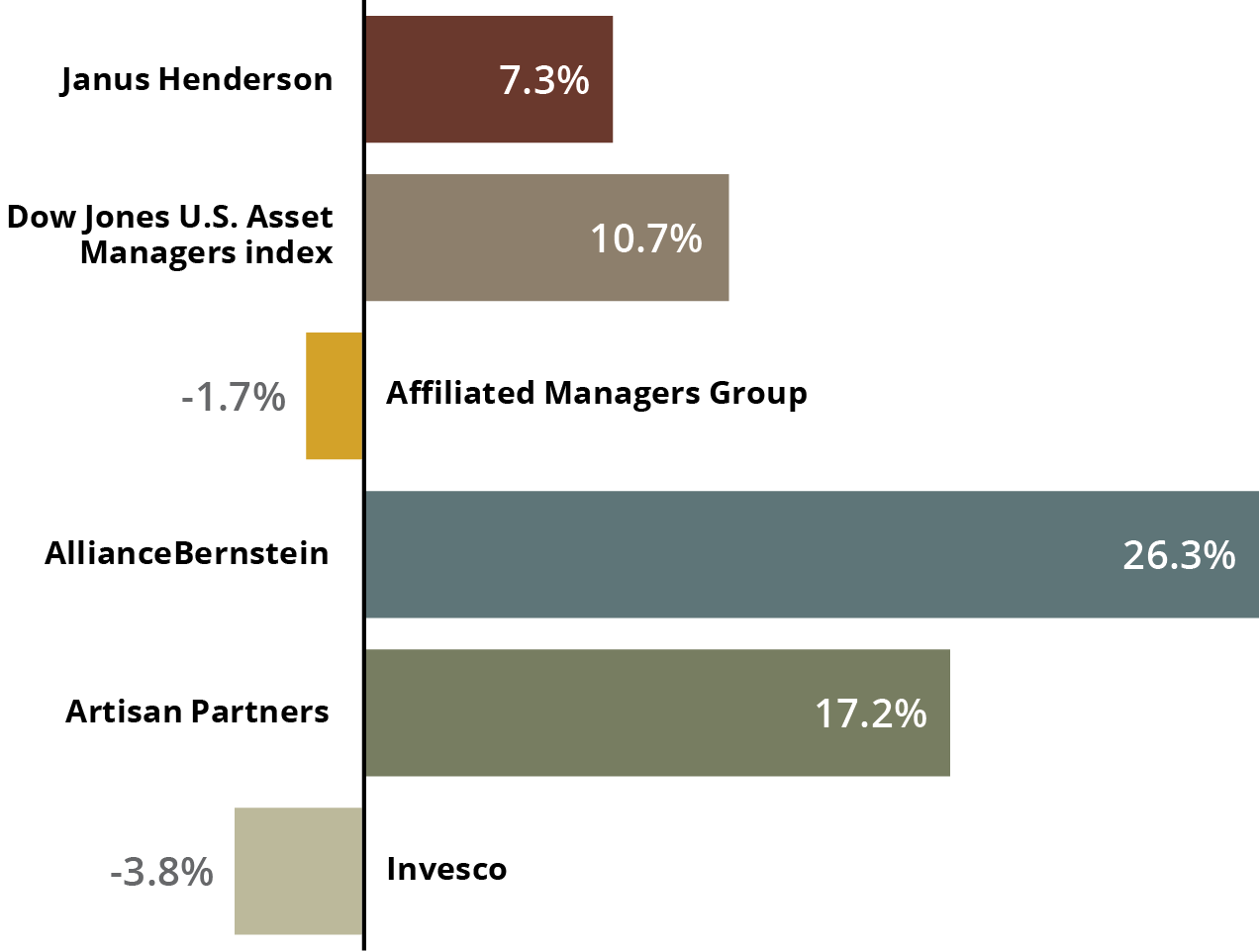 Low growth: Over the past 4½ years, Janus Henderson’s 25% cumulative growth in assets and 209% increase in net income lag peers such as AllianceBernstein and Artisan Partners, despite 81% revenue growth.
Performance vs. peers** 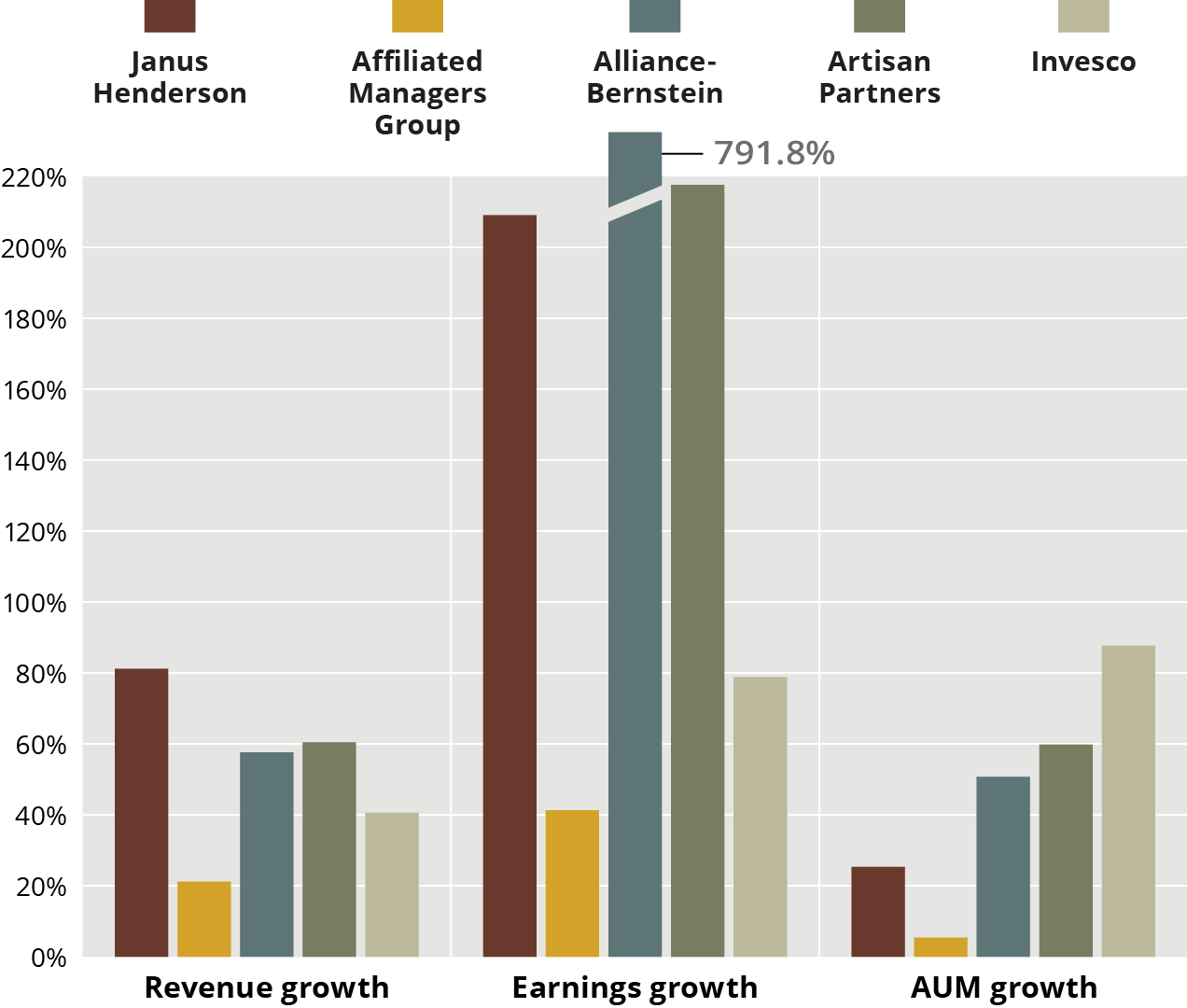 AUM up: Janus Henderson ended 2021 with more than $432 billion in AUM. Fixed-income AUM has hovered at roughly $80 billion while quantitative equity and alternatives assets have fallen. The increased AUM was driven by growth in the equities and multiasset categories.
AUM growth by category (billions) 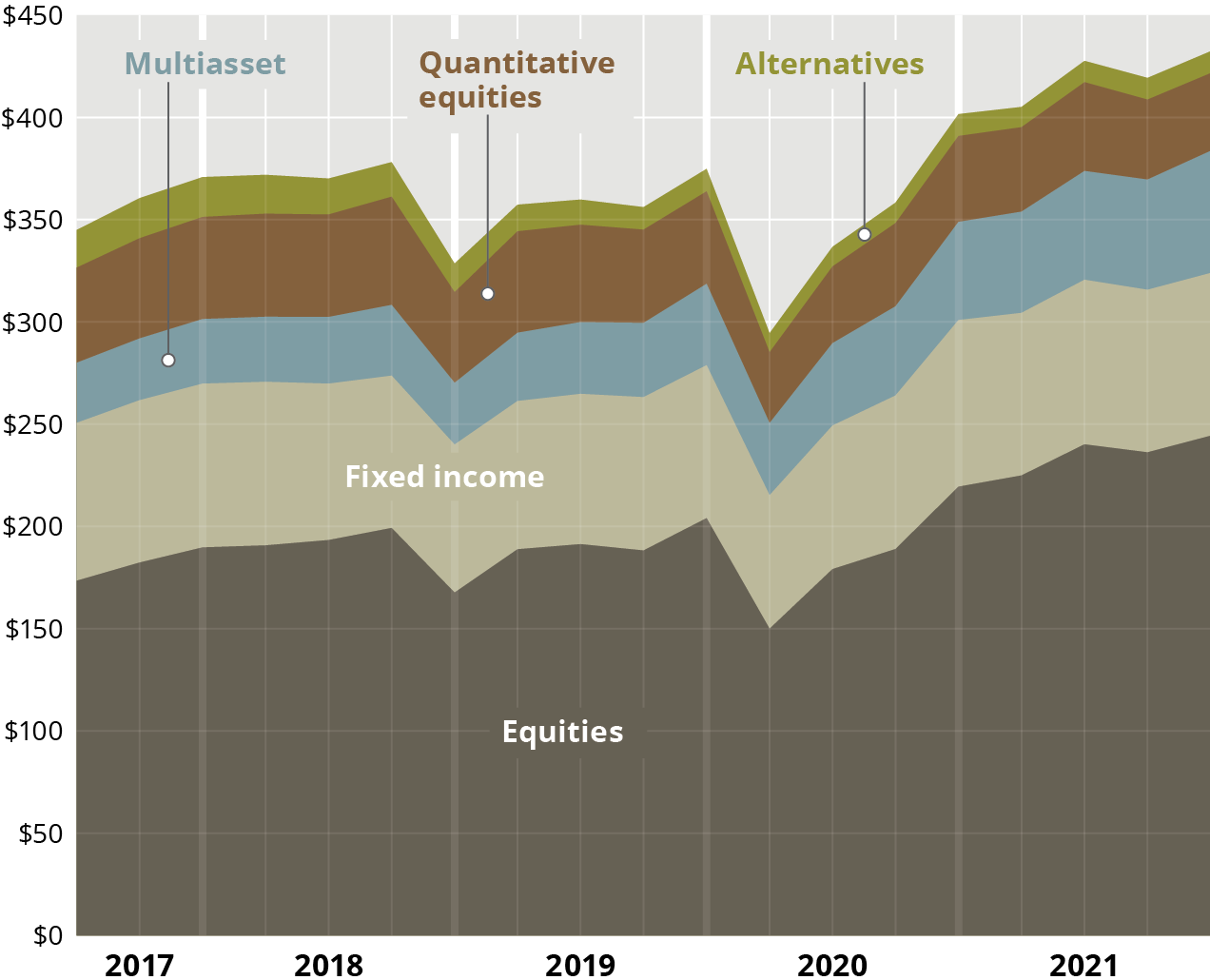 Flow problem: The firm’s active management style has fallen out of favor. Since Q4 2017, net outflows have ranged from $1.1 billion to $12.7 billion. The firm’s quantitative equities strategy, which it recently agreed to sell, suffered a $4.2 billion outflow in Q4 2021.
Net flows (billions) 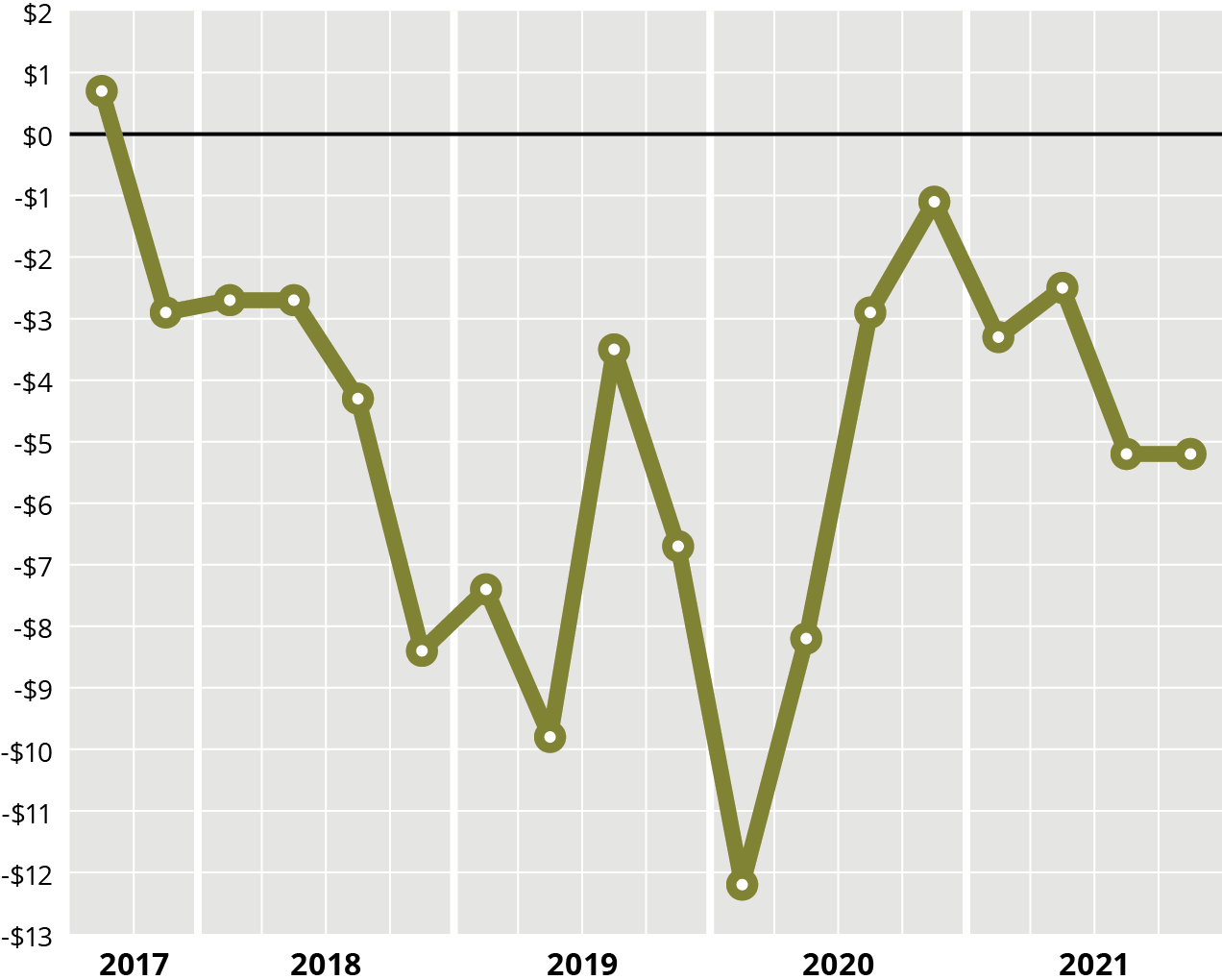 Convertibles having a down year