Larry Rothman
Reprints Print
The terrorist attacks on Sept. 11, 2001, had profound effects on the U.S. economy and Americans’ lives. The securities industry, too, has gone through change, including fewer brokerages overall, although revenues and profits are up. New York, meanwhile, has become a smaller hub for industry jobs.
Less NYC-centric: While securities industry employment in New York City has barely budged since 2001, national employment in the industry has increased by more than 135,000, to roughly 995,000 jobs. The Big Apple’s share of industry jobs has dropped over the past three decades to 18% from 32% at the end of 1990.
U.S. securities industry employment 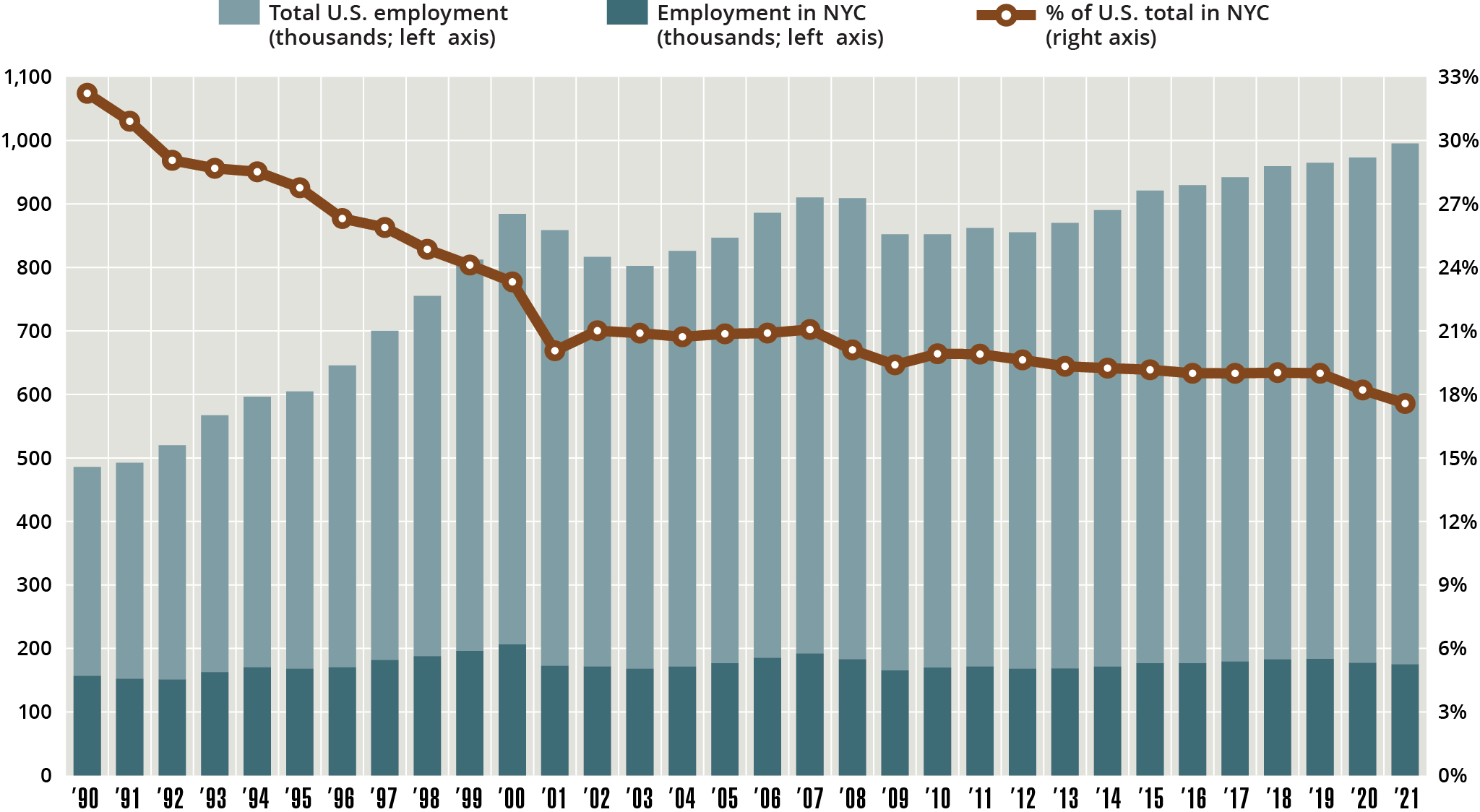 Revenues, profits up: U.S. securities industry revenue, measured by FINRA-registered broker-dealers, was $219.3 billion in 2020, 32.5% higher than 2001. It remains well below 2007’s $474.2 billion, however. Meanwhile, while pretax profit has been volatile, it has been increasing in the past few years.
U.S. securities industry financials (billions) 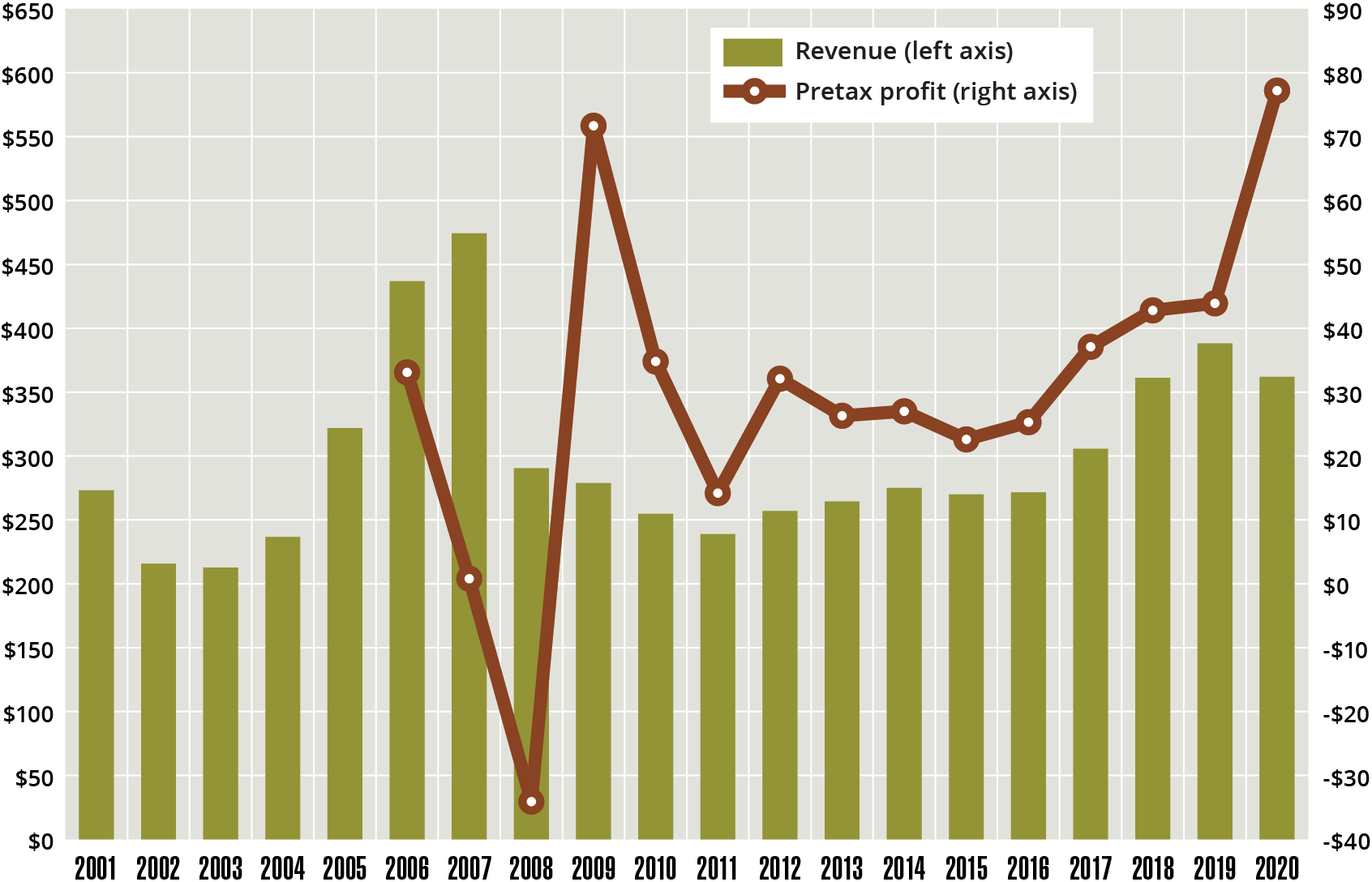 Brokers doing well: Since the end of 2006, the earliest data available, the number of FINRA-registered brokerages dropped by more than 30% to 3,435. However, average revenue per firm was $105 million in 2020, 21% higher than 2006. During that period, average profit more than tripled to $22 million.
Revenue and profit per broker 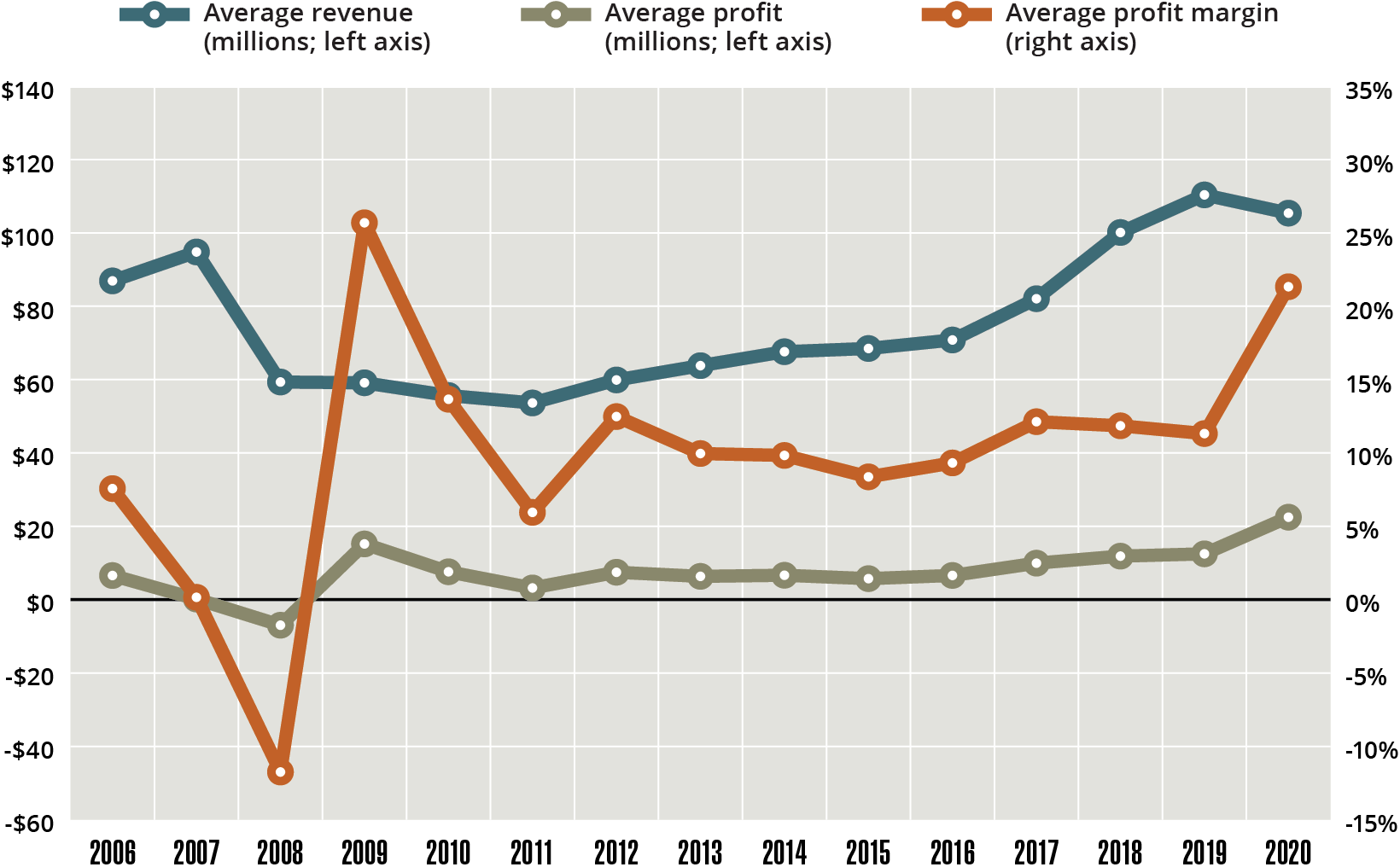