Graphic: Small caps on a roll

Larry Rothman
Reprints Print
The economy's strong performance, with first-quarter GDP up by 6.1%, has helped stocks of all sizes, and smaller caps in particular. But while returns have outpaced their larger brethren in Q1, defined contribution plan participants have shied away from stand-alone U.S. small- and midcap equity options in favor of target-date funds, according to Callan. Small- and midcap stocks made up only 8.5% of DC assets, compared with about 27% for large caps and 32% for target-date funds.
Sales grow: Small-cap companies' sales growth and earnings trajectory have markedly improved of late. The Russell 2000's year-over-year quarterly sales performance was negative last year but rebounded to 11% growth in Q1, and analysts estimate 24% and 13% increases in Q2 and Q3, respectively.
Year-over-year sales growth 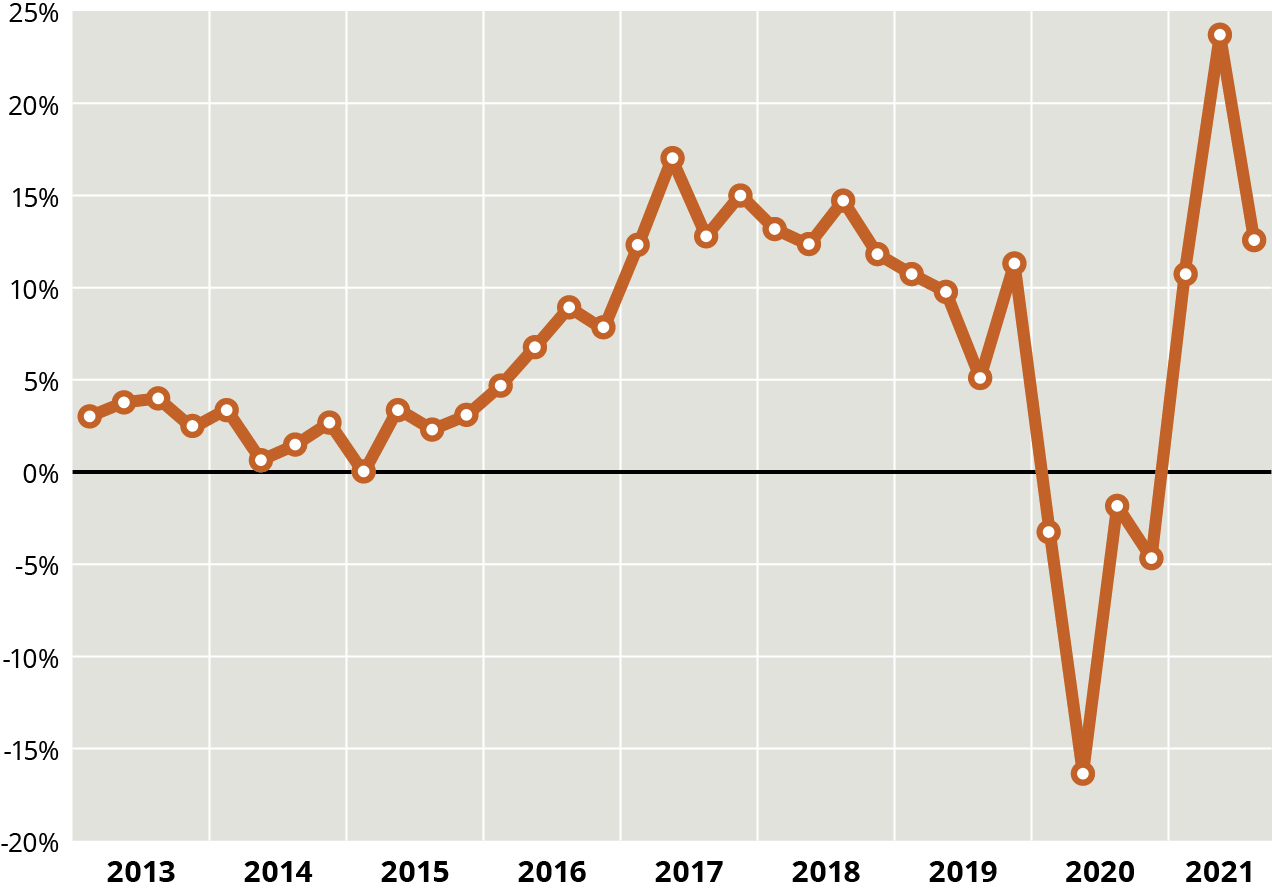 Recent outperformance: The Russell 2000 returned 58.5% over the past year, handily outpacing the S&P 500's 35.8% gain. But over the three-, five- and 10-year periods, small caps have underperformed large caps.
Index returns* 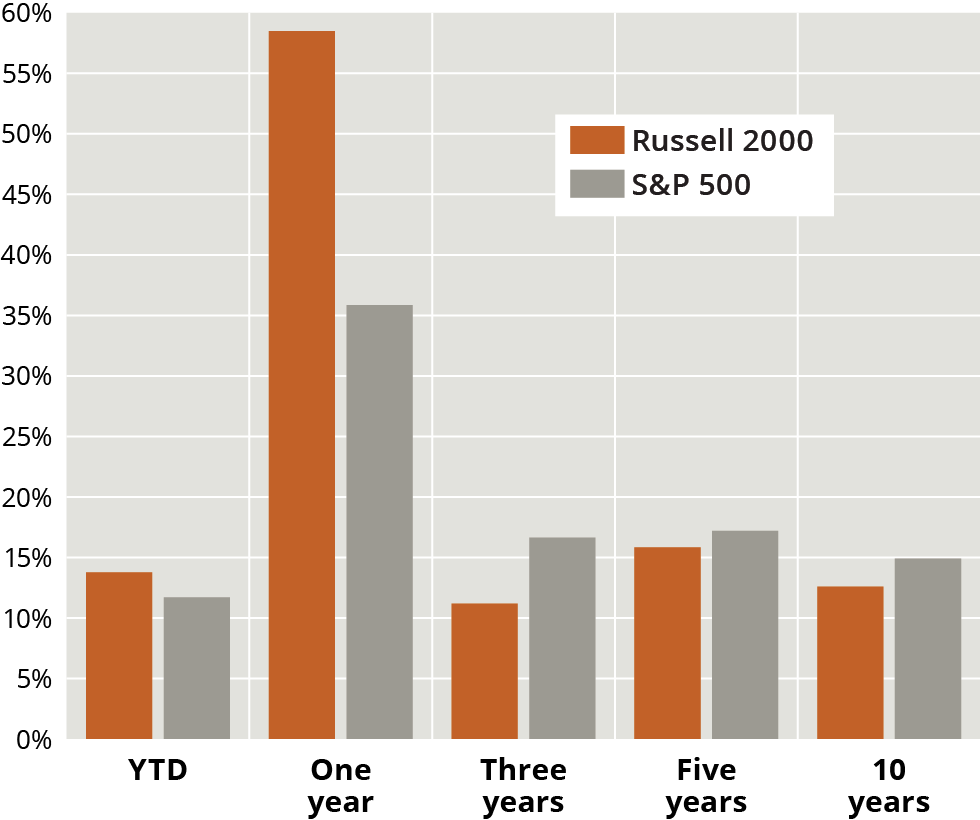 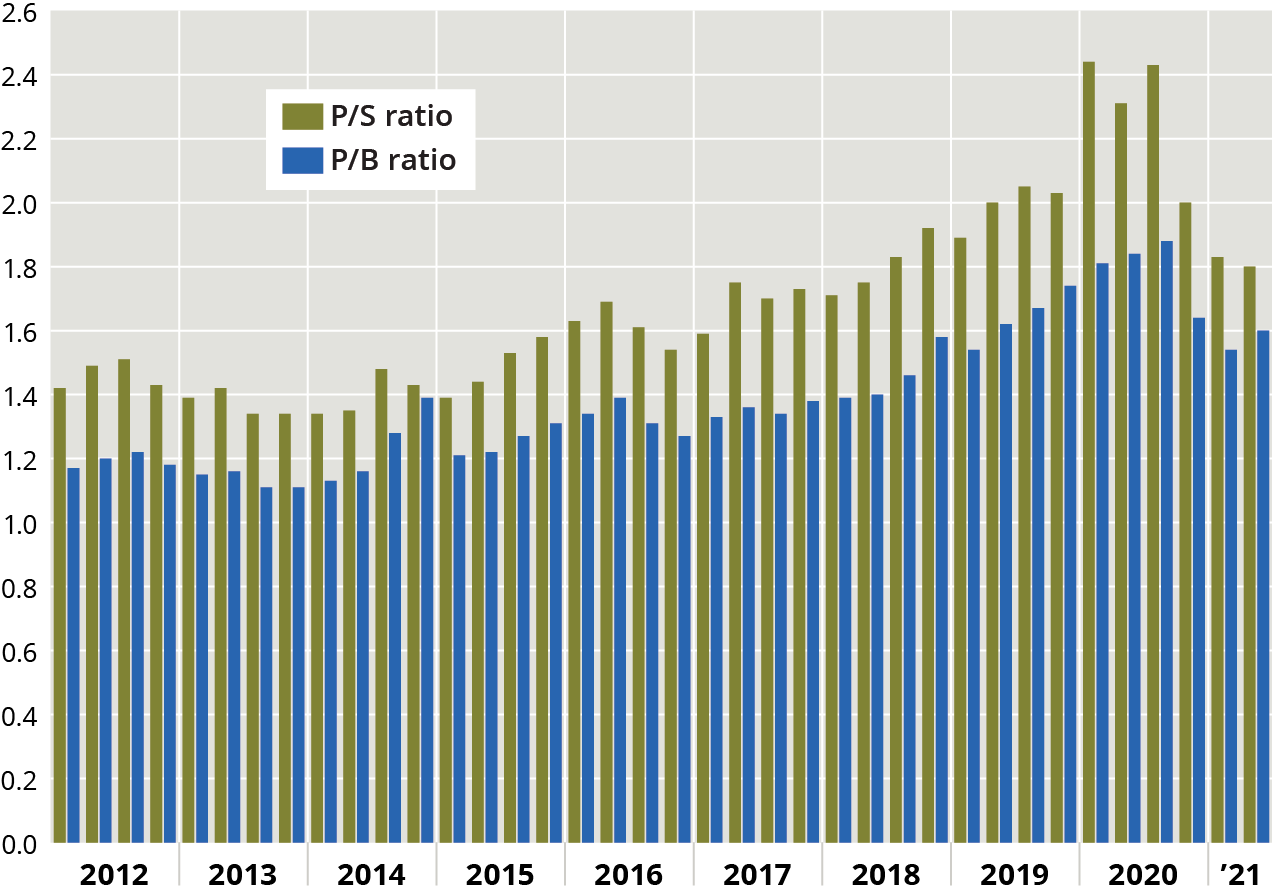 Risk-adjusted returns lag: The Sharpe ratio of the one-year iShares Russell 2000 ETF is higher than the SPDR S&P 500 ETF, but lower for other periods. The combination of lower returns and higher volatility has negatively affected the Russell 2000.
Sharpe ratios* 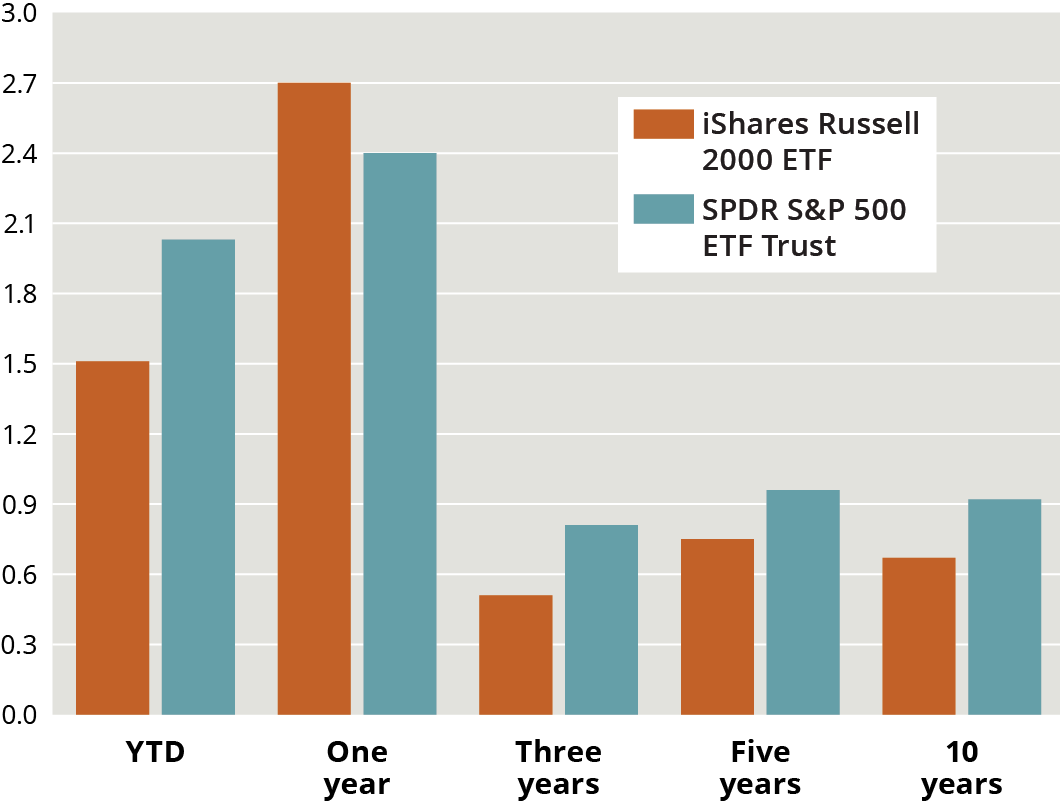 *Through periods ended June 18. Source: Bloomberg LP
Recommended for You