Reprints Print
U.S. equities, and arguably the economy as a whole, have never been more dependent on so few companies. This year's pandemic-driven downturn has only strengthened the five largest U.S. companies: Apple, Microsoft, Amazon, Alphabet and Facebook. The cohort's combined market cap reached $6.4 trillion and has collectively outperformed the broad markets by more than 20 percentage points.
The great divide: The largest stocks are outperforming their smaller peers by historic margins. The S&P 100 has bested its 500 counterpart by more than 5.5 percentage points on a year-over-year basis at points during 2020, while the cap-weighted index has beat the equal-weight index by more than 13 percentage points. 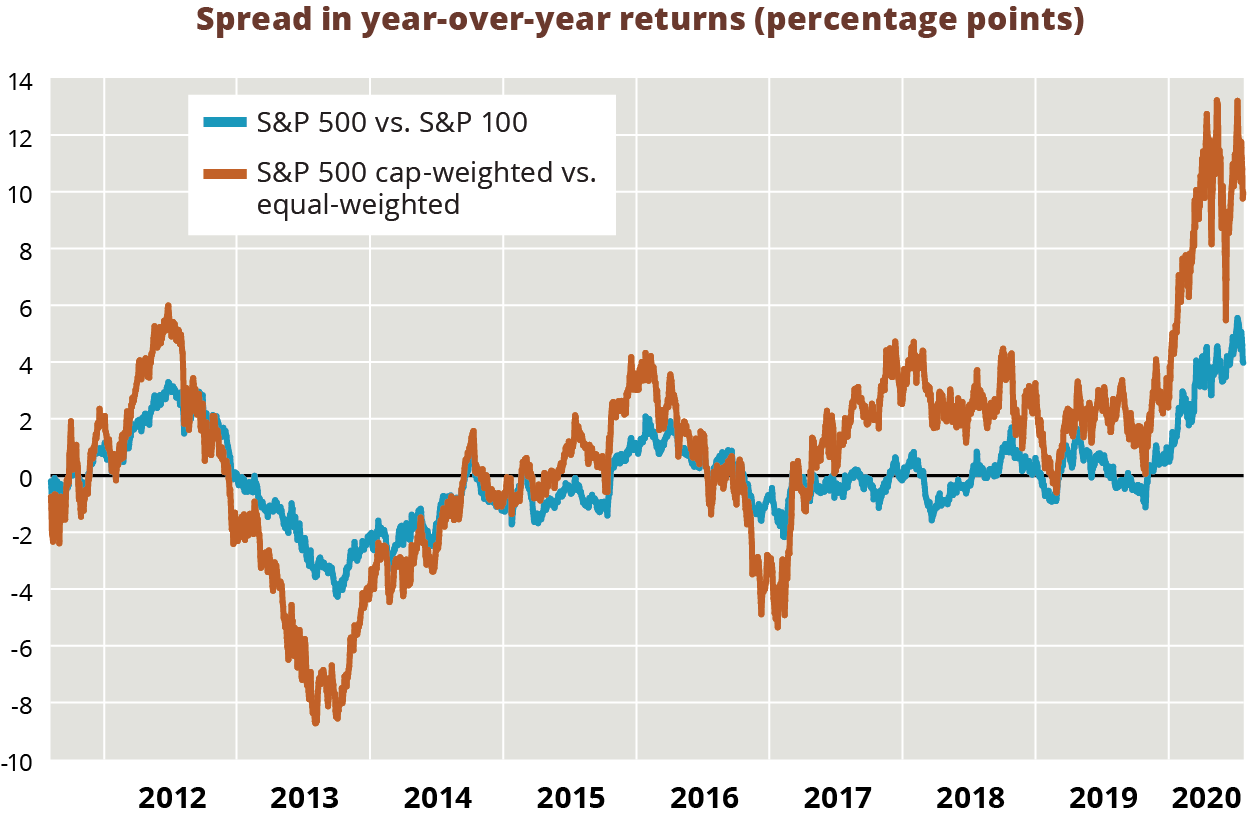 Haves vs. have nots: The $28 trillion valuation of the S&P 500 is at an all-time high, with virtually all upward movement driven by the largest holdings. 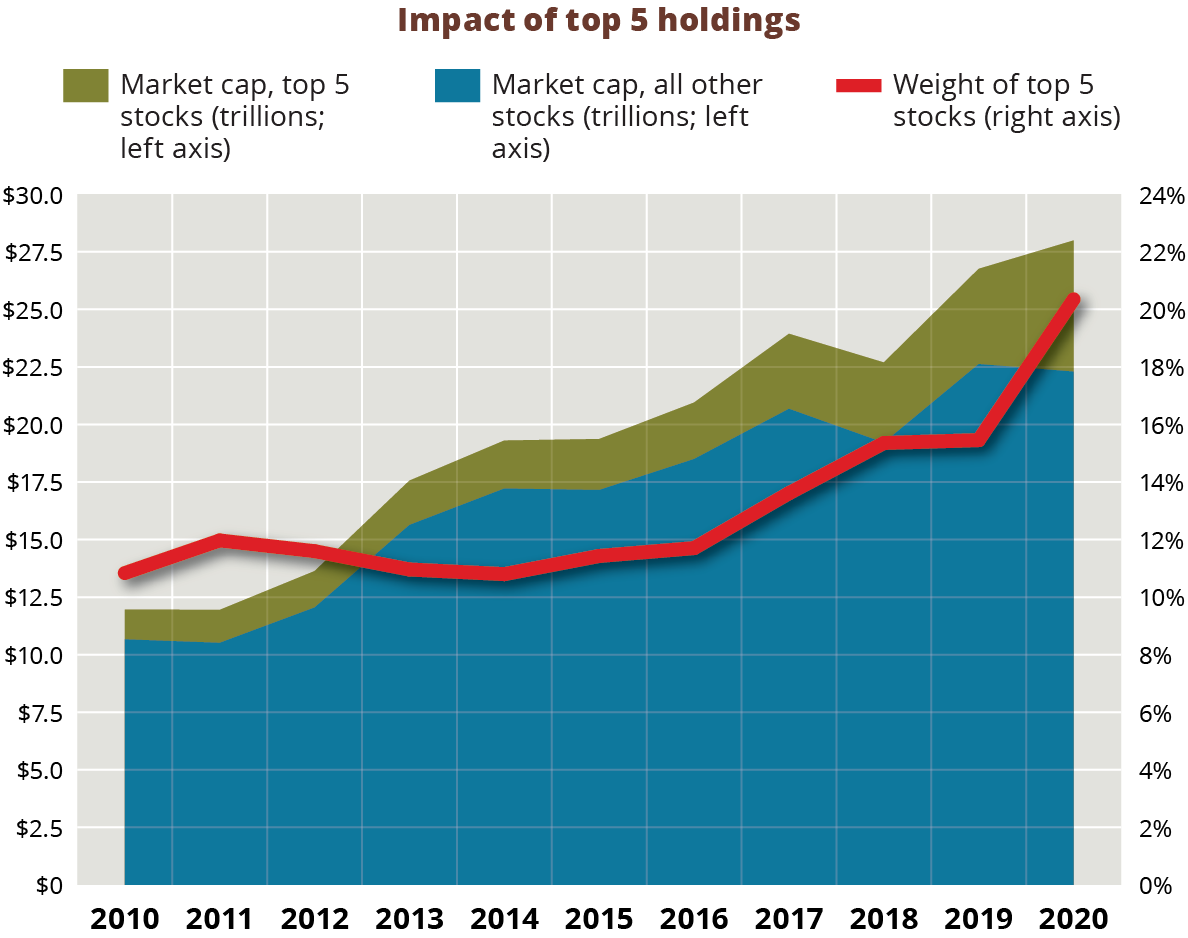 Heavy lifting: The S&P 500 weighting of the five stocks rose more than 5 percentage points this year, and the disparity between the average return and the index has never been higher. Amazon.com led the group, up 72.5% through late July, with Alphabet fifth, up 10%. 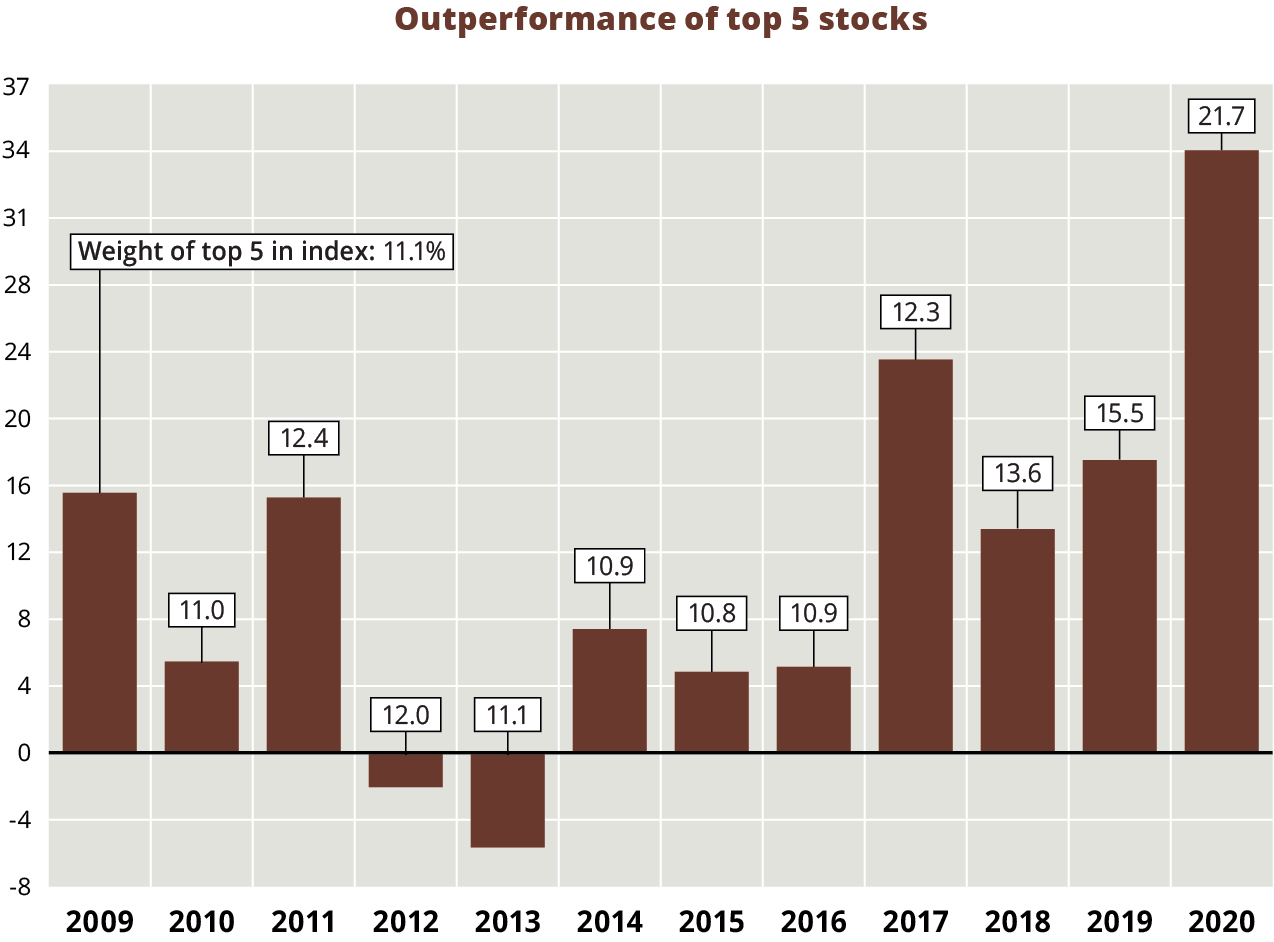 Why diversify? The five stocks' collective volatility more closely matches that of the index so far in 2020 than it did in the three years prior. The median 90-day volatility for the top five is 3.5 percentage points lower than the broad index so far this year, compared with 12 points higher from 2017 through 2019. 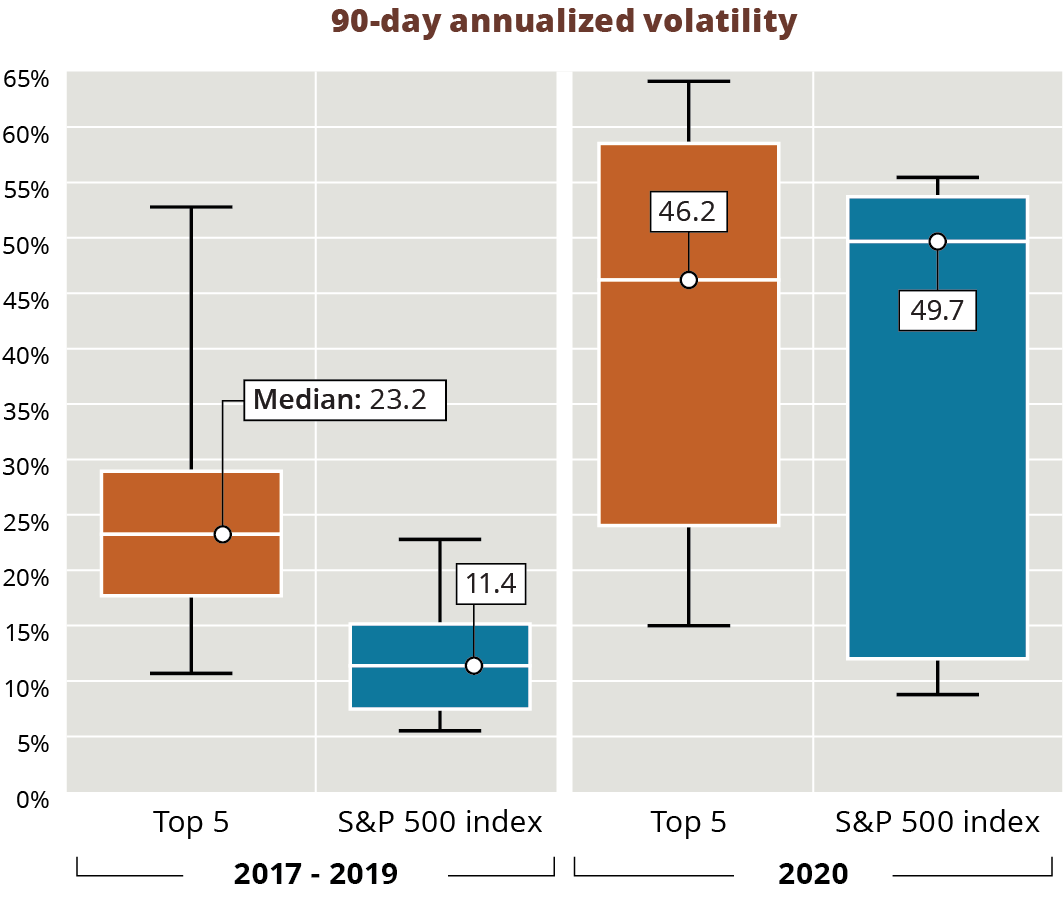 U.S. retirement assets continue falling
By the Numbers for August 2022