Larry Rothman
Reprints Print
David F. Swensen, Yale University's chief investment officer from 1985 until his death this month, developed the "Yale model" of investing, which included embracing less-liquid asset classes such as leveraged buyouts and venture capital. Over the 10 years ended June 30, Yale's endowment nearly doubled to $31.2 billion and produced a 10.9% annual return net of fees, besting its benchmarks and placing it in the top 2% of colleges and universities.
Shifting allocations: Within private equity, venture capital allocations rose to 22.6% from 10.3% over the past 10 years, while leveraged buyouts fell to 15.8% from 24.8%. Domestic equities made up just 2.3% of the endowment's asset mix in 2020 vs. 1997's 21.5%.
Change in asset allocation 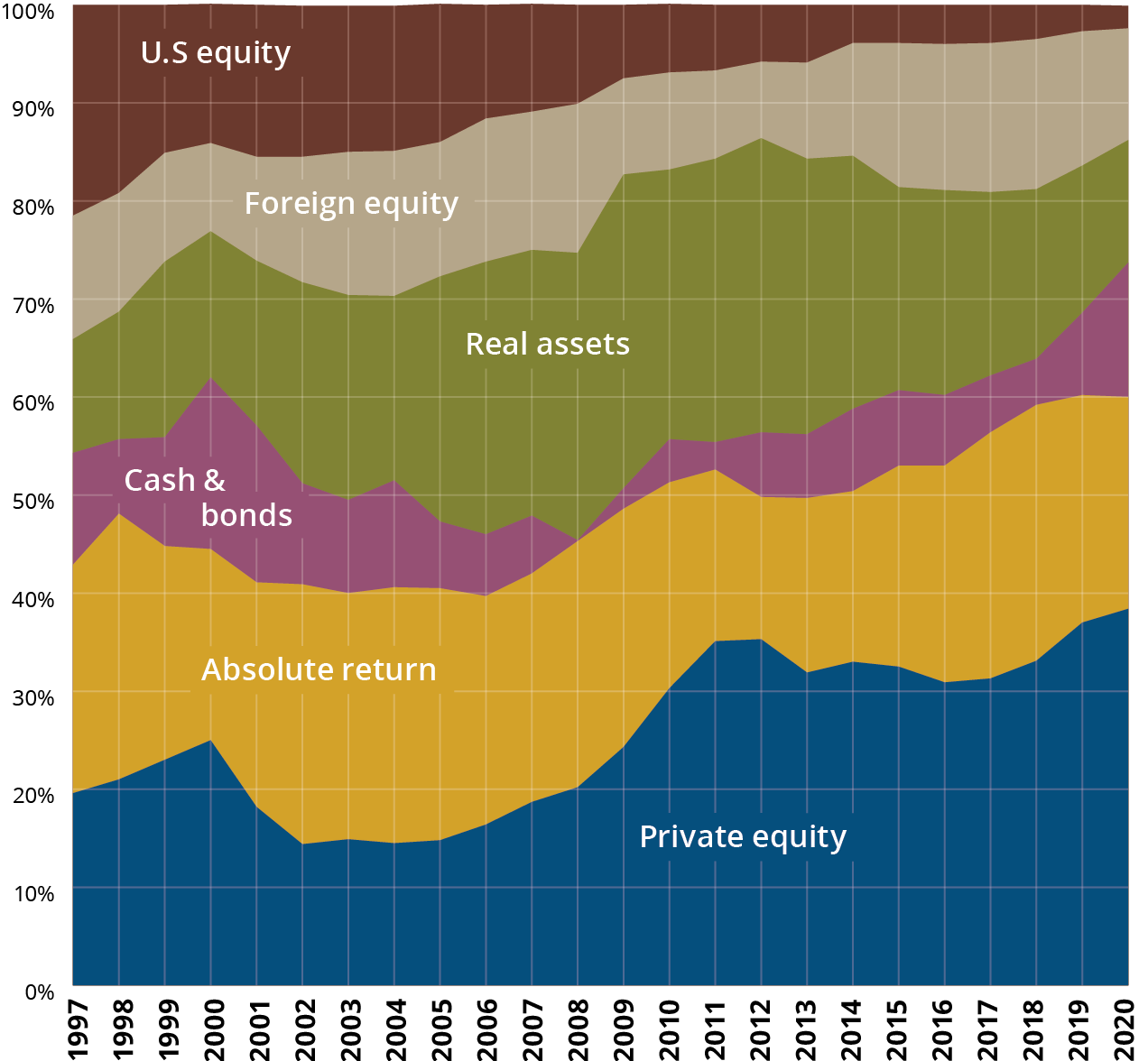 Benchmark busters: Among the more impressive asset-class performances over the 20 years through June 2020 were buyout and VC strategies, at 11.2% and 11.6%, respectively; international equities, which returned 14.8% annually; and natural resources, with a 13.6% return.
20-year average annual return 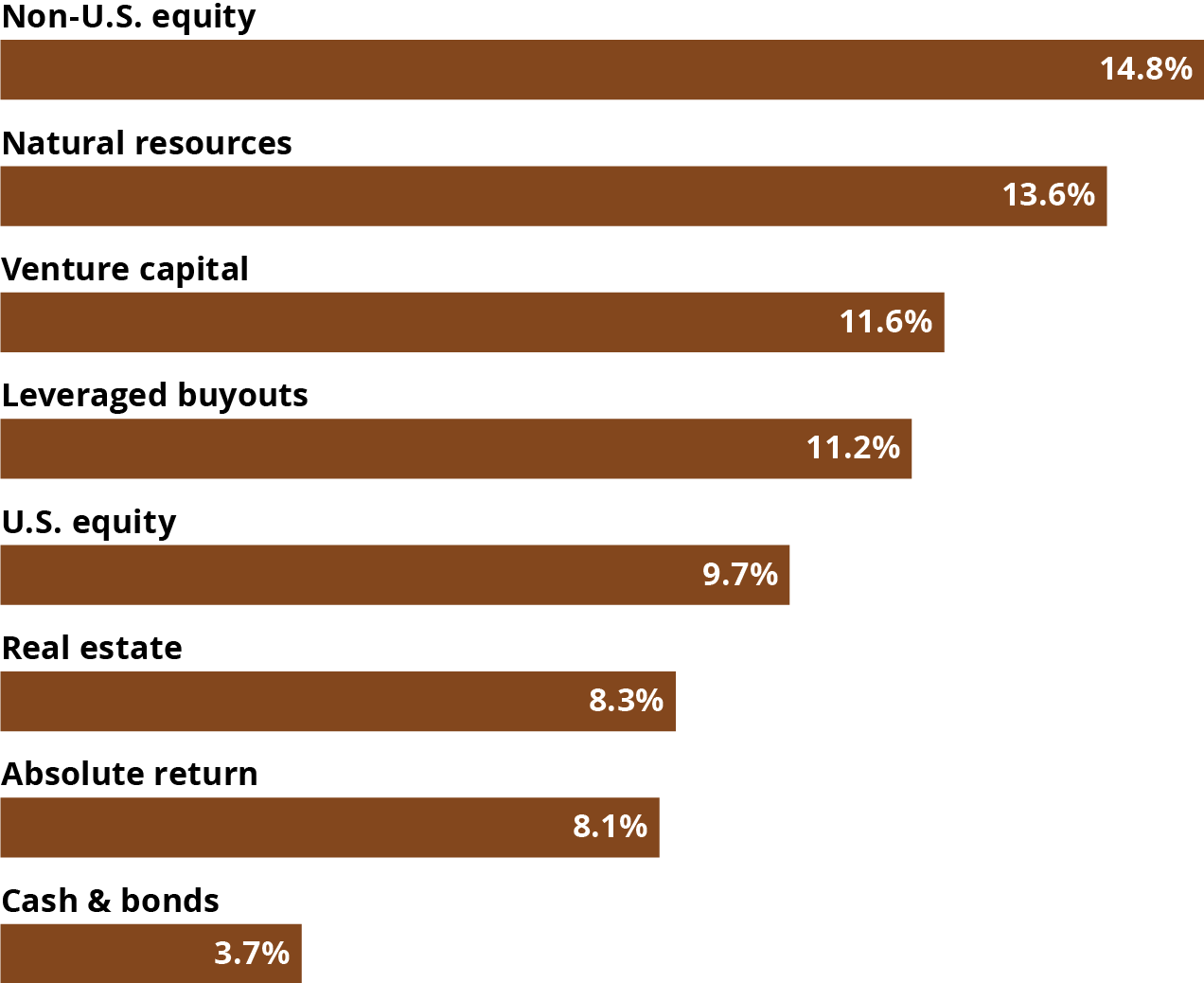 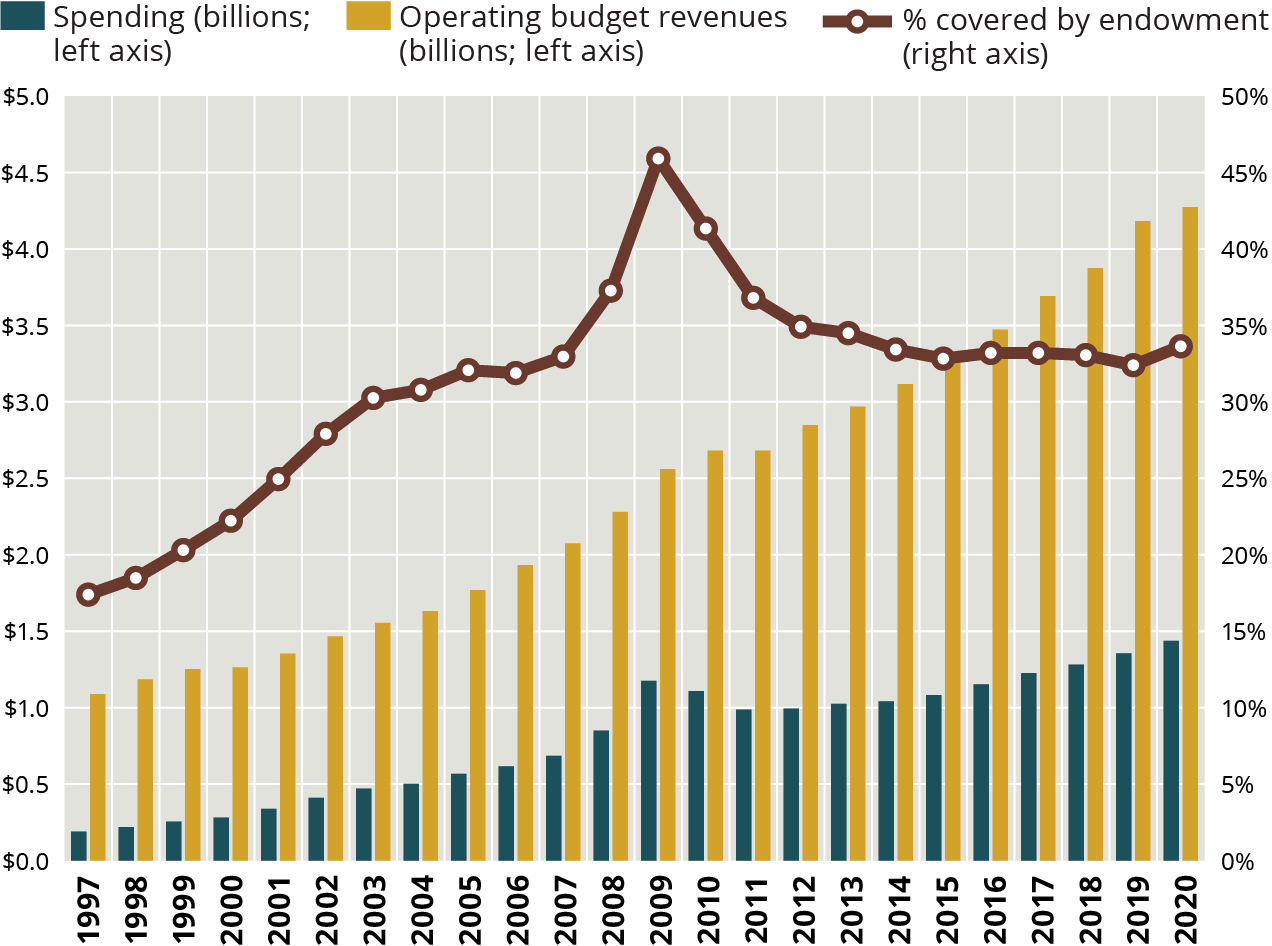