Reprints Print
It's been an off year for Warren Buffett's Berkshire Hathaway Inc. The company's B shares are down 15% year-to-date and missed out on most of the second-quarter rebound. Investors have been split on the value-oriented company's prospects, with traditional active managers selling large blocks of shares as more speculative hedge funds added positions.
Strange days: Berkshire Hathaway has historically been a tempering force in the S&P 500 index, frequently outperforming the broader index in times of trouble. This year, however, the stock has struggled in volatile, growth-heavy markets. 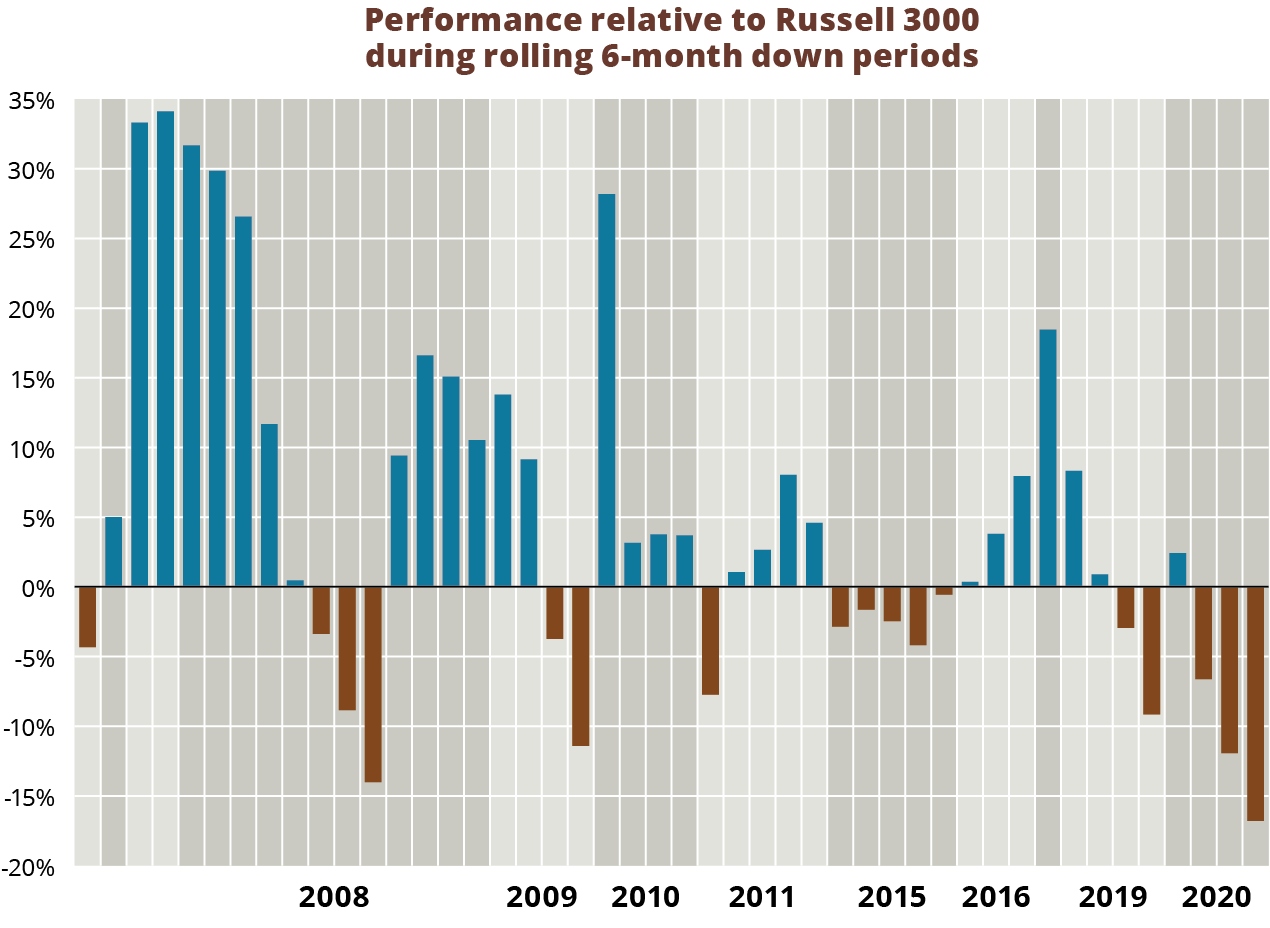 Drowned out: Since its 2010 inclusion in the S&P 500, Berkshire has never amounted to less than 1.5% of the index's total market cap. Its influence has waned significantly, though, as its market cap of $467 billion is about one-quarter of Apple's and $324 billion behind sixth-place Facebook Inc. 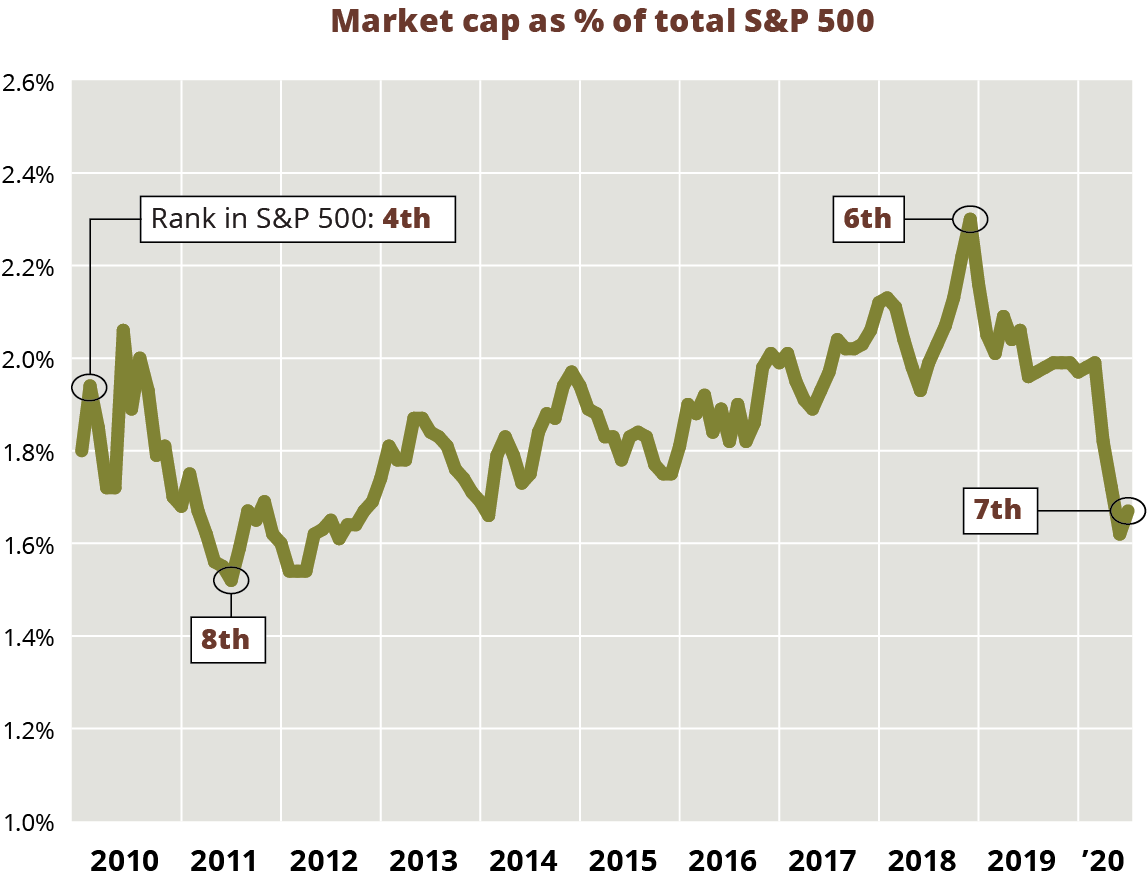 Bad bets: Mr. Buffett, the chairman and CEO often heralded for his value stock picking, saw many of the company's larger bets this year fall. The firm took a $10 billion hit on its early May divestment of its airline portfolio. Its 30% position in Apple paid off. 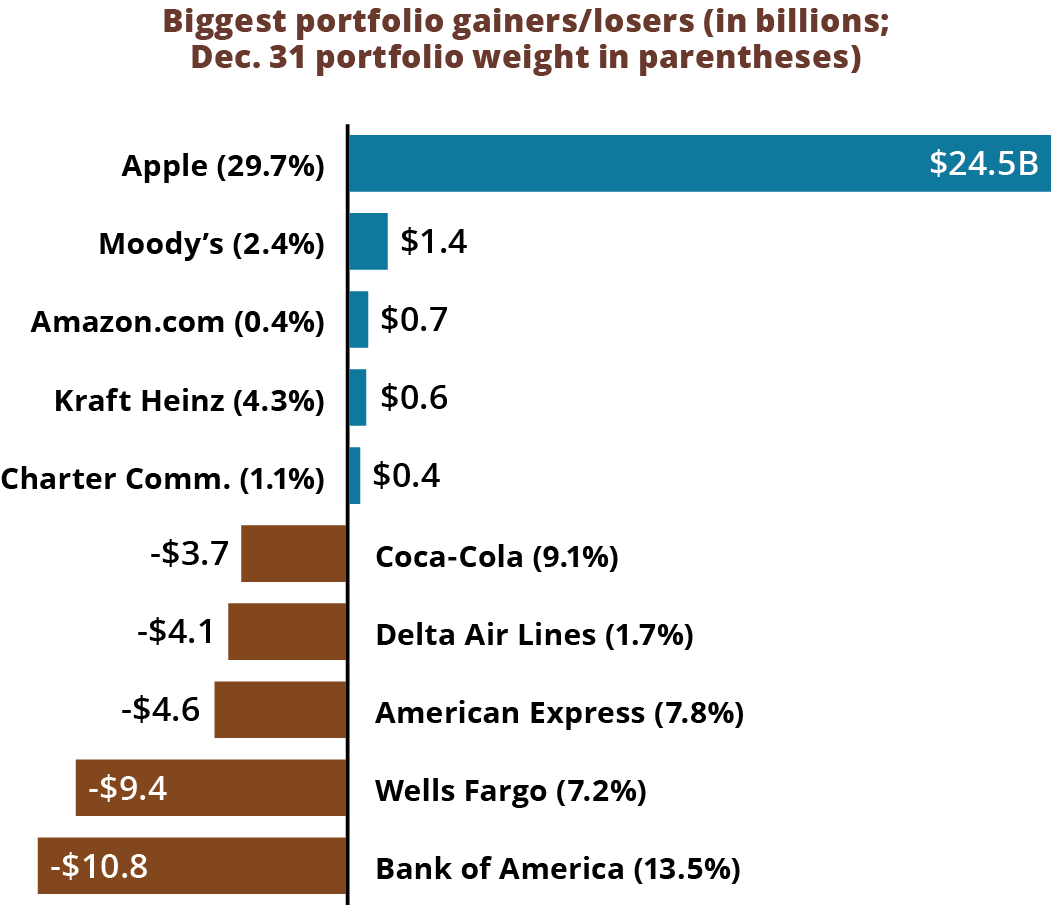 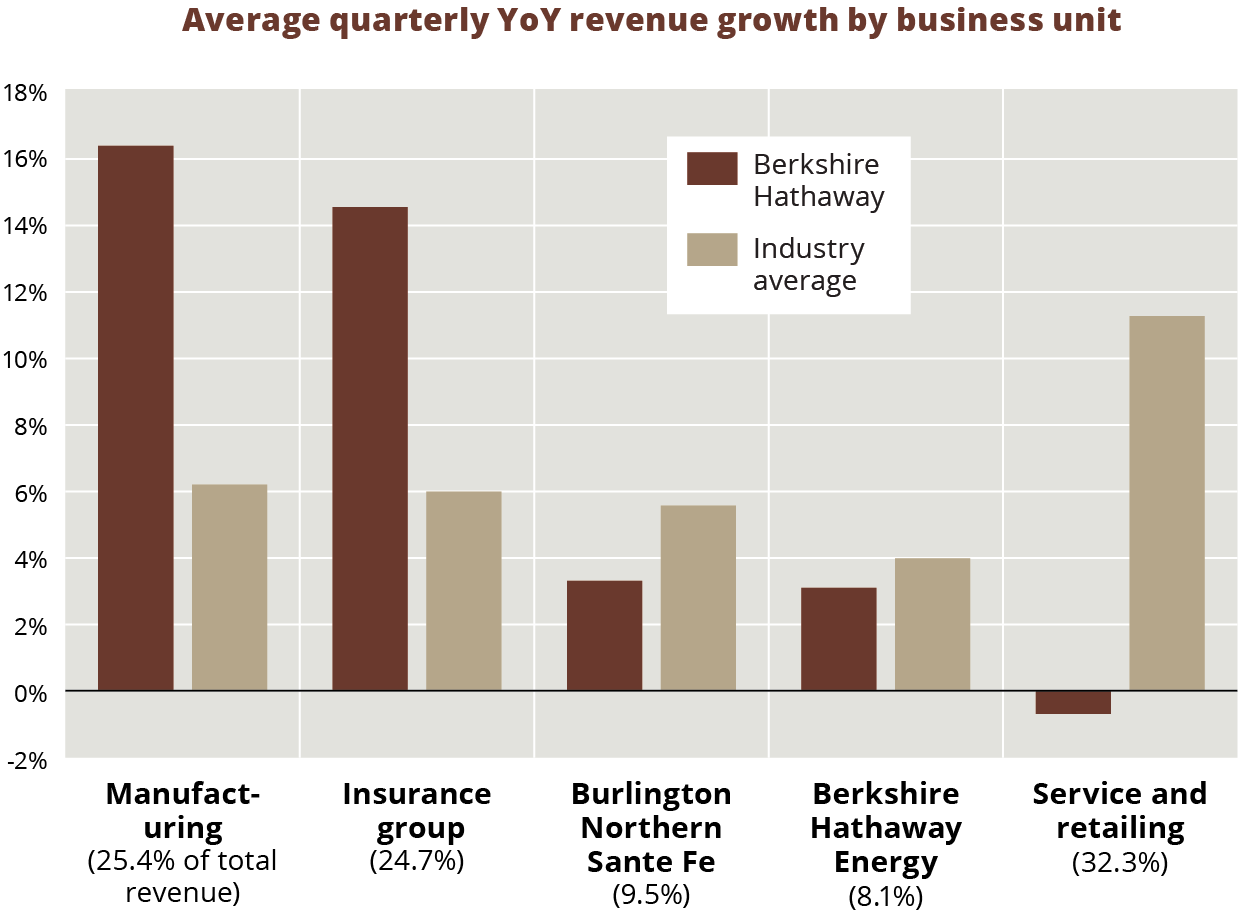