"Despite a sharp decline in the financial markets in the fourth quarter of 2018, the securities industry still had a good year with increased profits and employment," Mr. DiNapoli said in a news release, describing results of the annual report analyzing Wall Street.

"It's too soon to say how the industry will fare in 2019, but trade tensions, a slowing global economy and greater economic uncertainty are all factors that could affect results," said Mr. DiNapoli, sole trustee of the $197.3 billion New York State Common Retirement Fund, Albany.

Mr. DiNapoli's report said pretax profits from broker-dealer activities among New York Stock Exchange member firms rose to $27.3 billion last year, up from $24.5 billion in 2017. Last year's profit was the highest since the $27.6 billion recorded in 2010.

The report said the estimated average Wall Street bonus fell to $153,700 last year from $184,400 in 2017. The highest average bonus was $191,400 in 2006. The average bonus declined last year because the securities industry's bonus pool "was shared among a larger number of employees," the report said.

The comptroller's annual bonus estimate covers "securities industry employees who work in New York City during the traditional bonus season," the news release said. "Bonuses paid by firms to their employees located outside of New York City — whether in domestic or international locations — are not included."

This estimate "is based on personal income tax trends and includes cash bonuses for the current year and bonuses deferred from prior years that have been cashed in," the news release said. "The estimate does not include stock options or other forms of deferred compensation for which taxes have not been withheld." 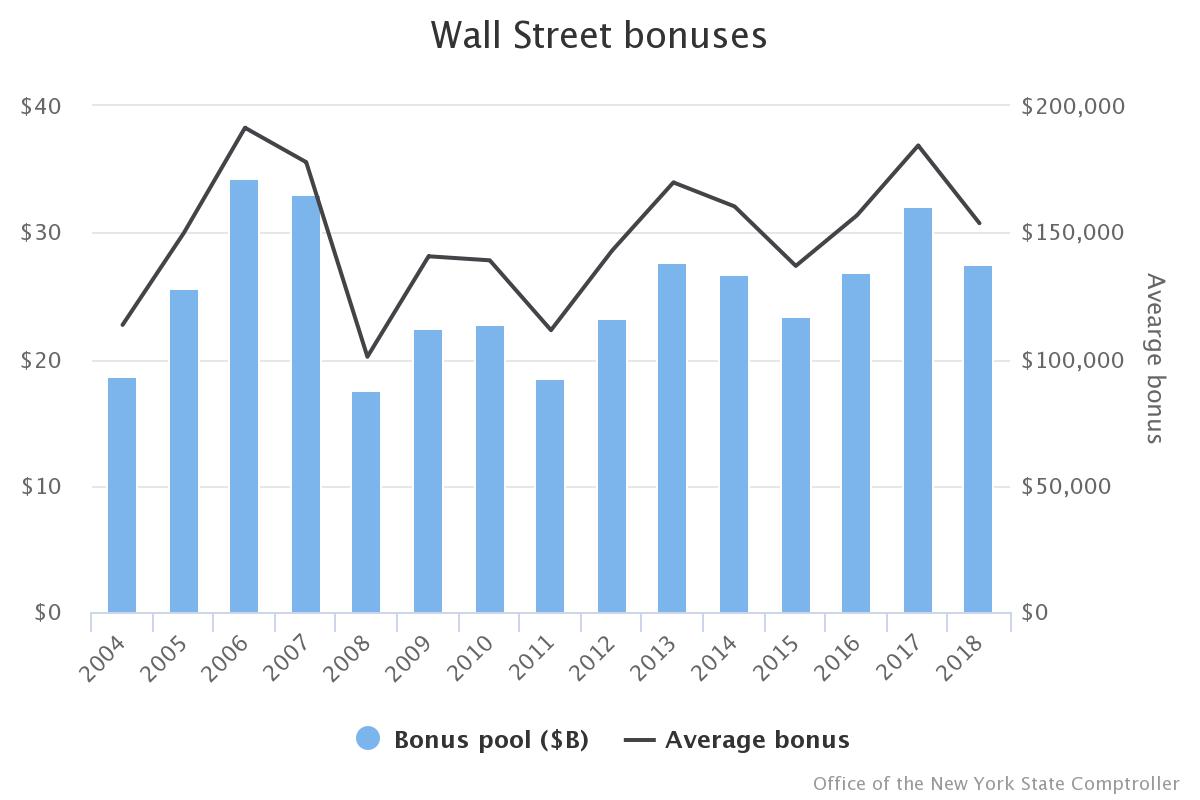