If investors hadn't fully woken up to the climate change risks faced by corporate America, Pacific Gas and Electric Co.'s recent bankruptcy filing should serve as their alarm clock.

The 10th-largest utility in the country has been brought to its knees by years of costly, devastating wildfires that might have been caused by its transmission lines. There may be some disagreement about whether PG&E represents the first major climate change bankruptcy in U.S. history, but on this point it'd be hard to argue: it certainly won't be the last.

In the mad dash to find solutions for the accelerating crisis of climate change, investors have largely ignored the most obvious potential fix. Which is that while capitalism might have gotten us into this mess, it also represents our best hope for working our way out of it. Here's why.

For years, institutional investors rushed to pour their money into companies that were, or promised to be, among the lowest carbon emitters. This line of thinking seemed to peak roughly a decade ago when more than $4 billion was invested into so-called "clean tech" firms. 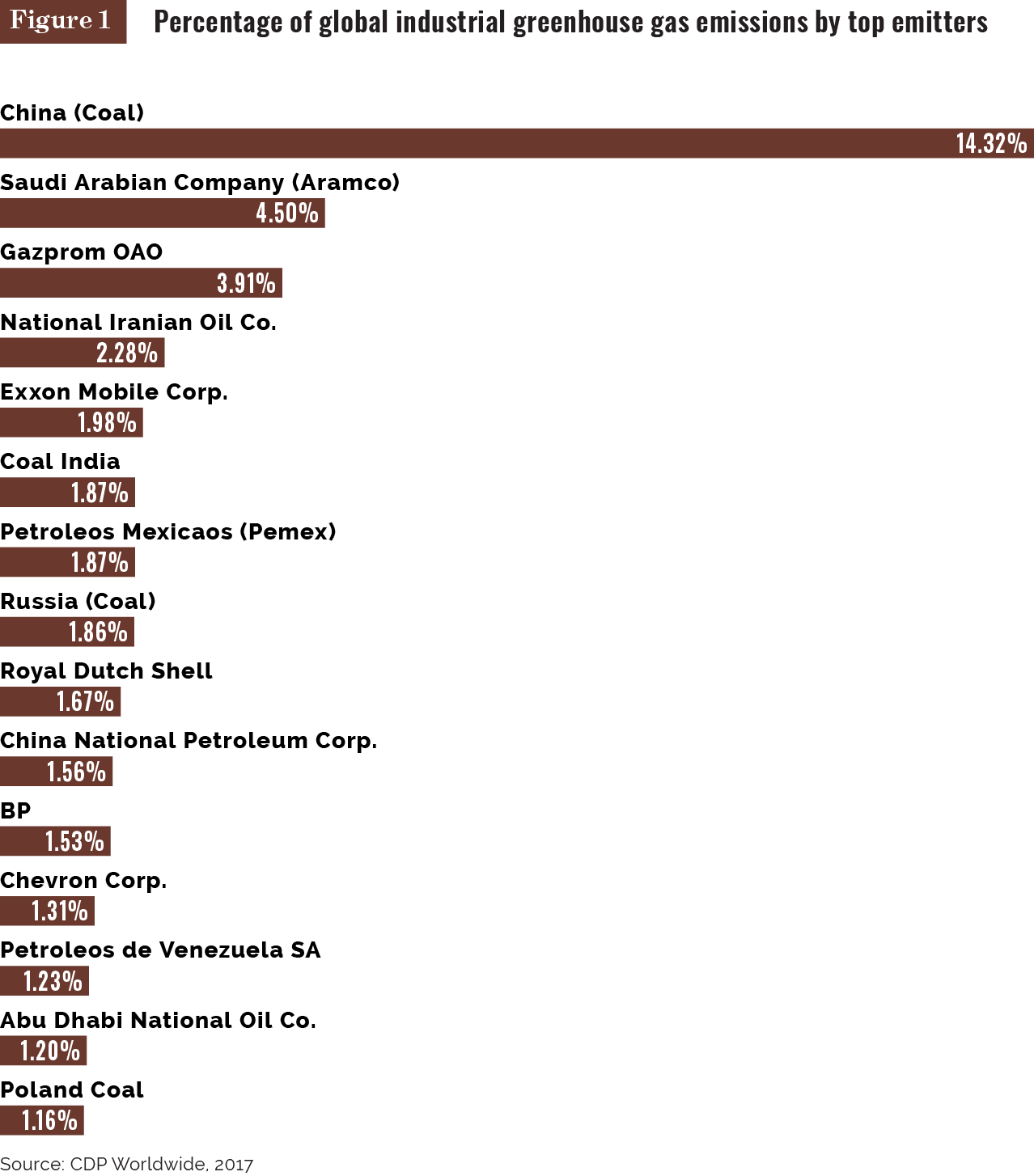 Why the number has fallen since is a question open to interpretation. But fallen it has.

The logic of investing in low-emitters might have sent an important signal at the time, especially given that traditional energy companies were prioritizing profits over any efforts to move away from fossil fuels. But today the biggest emitters — big oil and power companies for example — are tuning into market signals that tell them they ignore climate change at their peril. Asset managers would do well to follow suit.

Rewarding companies that are moving quickly to diversify, and holding the laggards accountable, might actually serve everyone's best interests in the long run. After all, the world has the most to gain from the biggest emitters changing their ways.

Imagine the virtuous feedback loop that could result if, say, British Petroleum's successful efforts to curb its pollution by 25% in only five years was looked at as a positive economic indicator rather than a cynical attempt to get good press. If investors saw BP's move as a potential hedge against future climate risk, and rewarded the company appropriately, a signal would be sent: do more of this and even more investments will follow. That signal would then be heard by every BP competitor that wasn't currently doing its all to mitigate risk; as it spread, the signal and the feedback loop it feeds would only get stronger.

There are plenty of large companies that are making significant strides to improve and diversify their energy mix, reduce their supply-chain emissions or implement distributed energy systems in their manufacturing facilities. The challenge is in identifying which of those changes will lead to not just short-term results, but also long-term reductions in exposure and gains in the bottom line. Investors who can predict those profits long before they materialize in earnings reports would have something akin to a climate-risk crystal ball.

The signals are already bubbling up from the companies that want to promote their foresight. Now they must be met by a downward deployment of data that can properly identify what that foresight means for their future financials.

Take United Continental Holdings Inc., for example. In 2014, the airline saved $343 million through initiatives it took to reduce its use of fuel. That same year, the airline posted record profits and saw a corresponding bump in stock price. But the effect wasn't just felt in the short term.

Last year, every major American airline but one saw its stock go down. The lone exception was United, which was better able to weather rapidly rising fuel costs, in part because of the investments it had made years earlier. 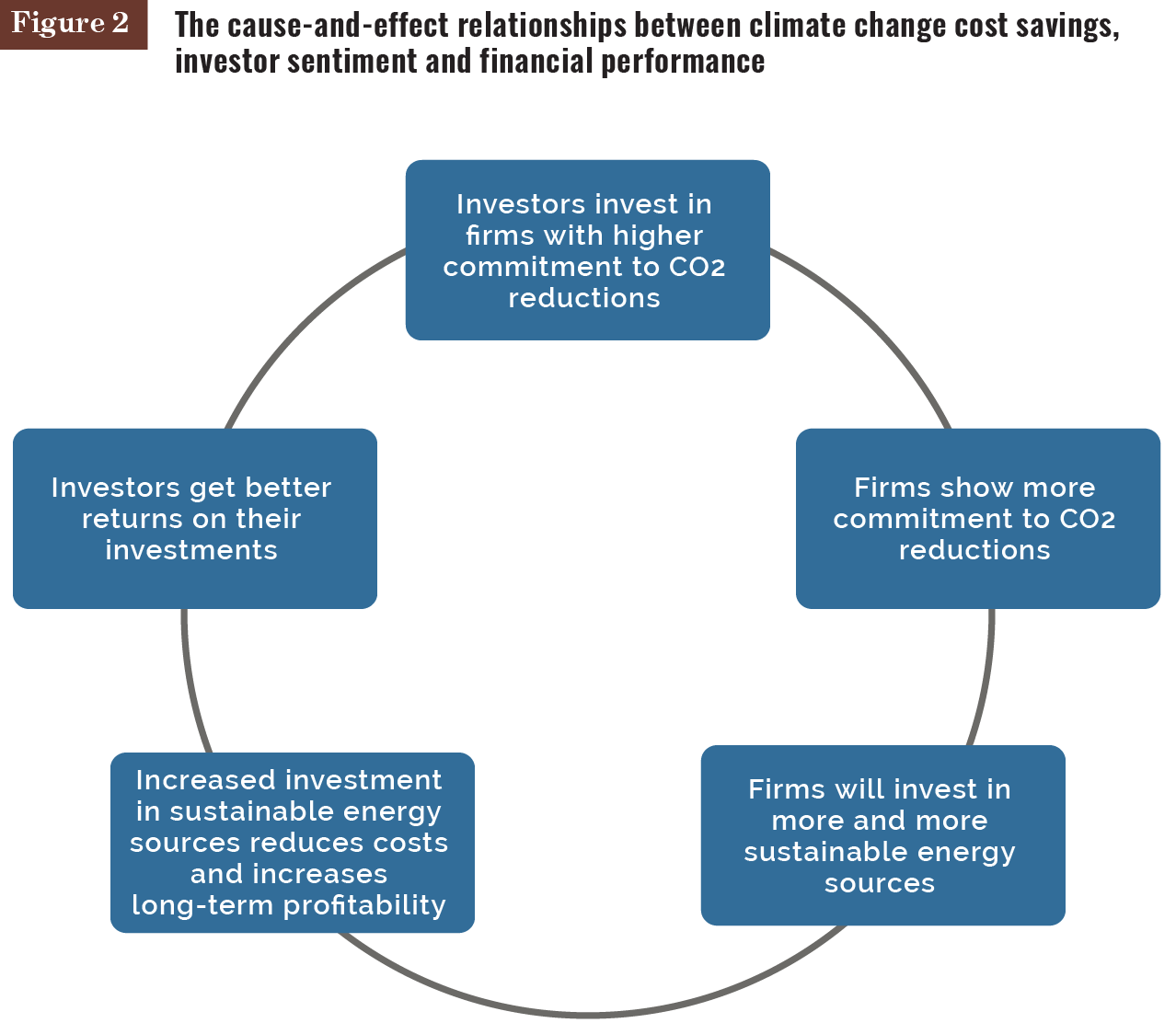 The cause-and-effect relationships between these sorts of climate change cost-savings, investor sentiment and financial performance is far from well understood. Though there are some who are trying to make sense of it.

The head of investment for the United Nations' Joint Staff Pension Fund recently announced its adoption of predictive climate analytics as a means to "assess companies' ability to adapt to various carbon emission scenarios."

Michael Bloomberg's Task Force on Climate-Related Financial Disclosures is also conducting its own scenario analyses looking at potential financial implications of climate-change risk, and recommending the same approach to all asset managers.

And the Sustainable Accounting Standards Board has long encouraged companies to think about their projects in terms of both physical climate risk and transition risk so they can provide investors with more accurate information in their public disclosures.

These are all important steps to help investors better value companies. But in order to create a proper feedback loop, more investors need to do the same.

The sooner we can learn how to value corporations as they take significant steps to reduce their emissions, their overall carbon footprint, or better prepare for the myriad potential climate scenarios and the business risks each one presents, the better off both the companies and the investing public will be. Once it gets going, the feedback loop will be hard to stop. Getting going, though, has thus far proved to be a challenge.

The fact that this opportunity exists is hard to deny. Now comes the tough part: finding the right way to identify and measure it.

Pooja Khosla is head of product development and director of data science in Boulder, Colo., and Mark Labovitz is the Denver-based chief data analysis consultant, for Entelligent. This content represents the views of the authors. It was submitted and edited under Pensions & Investments guidelines, but is not a product of P&I's editorial team.

Commentary: Asset management needs diversity, and they have to earn it