Uncertainty reigning prior to Scottish vote

Currency markets taking on most damage before election 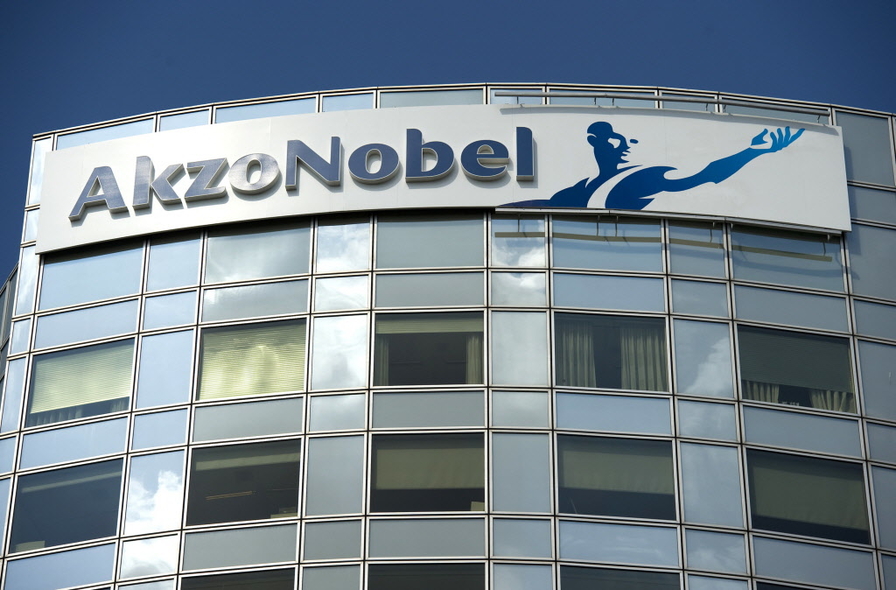 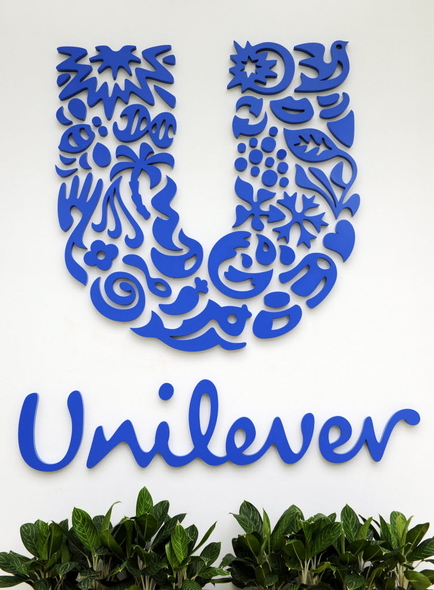 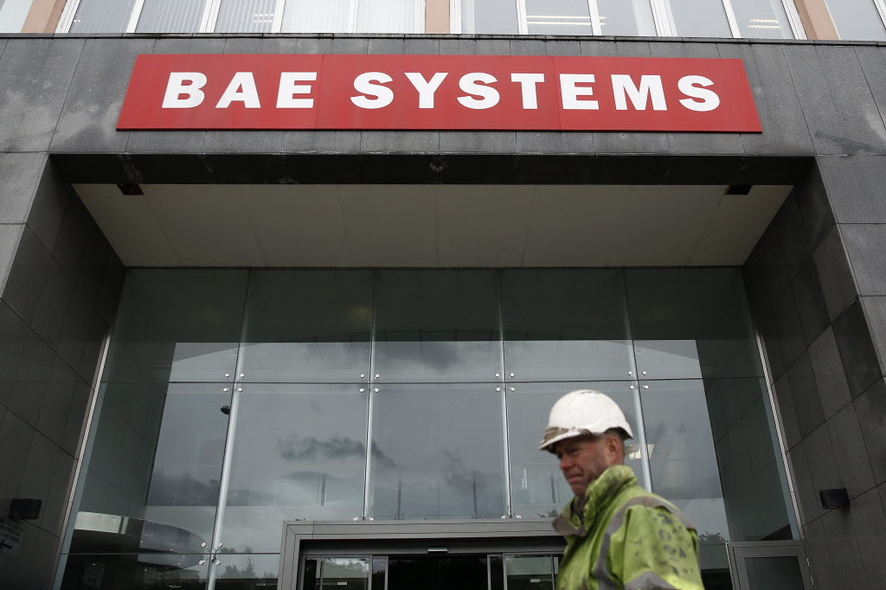 Bloomberg
Total assets: $30.4 billionHeadquarters: London, EnglandOffice in both England and Scotland: YesData as of December 31, 2013.
Share 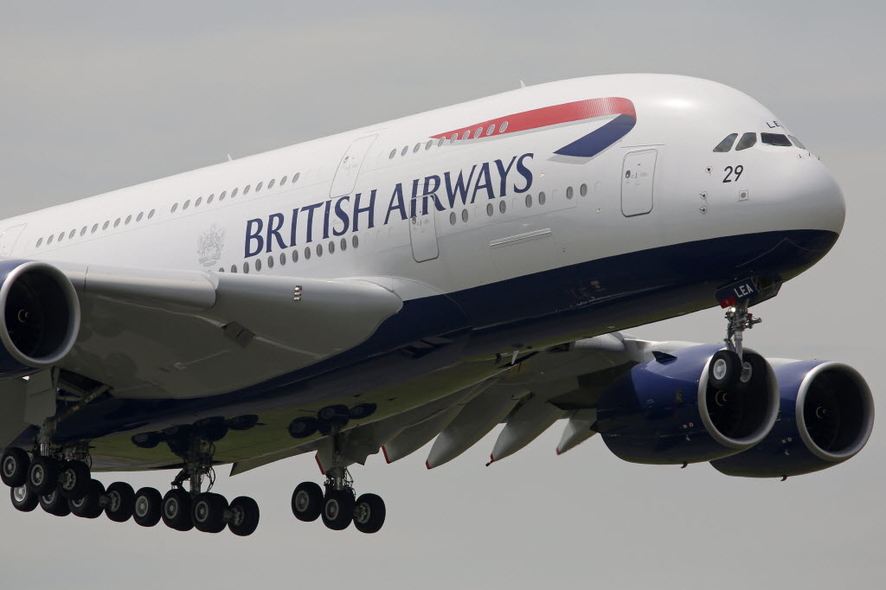 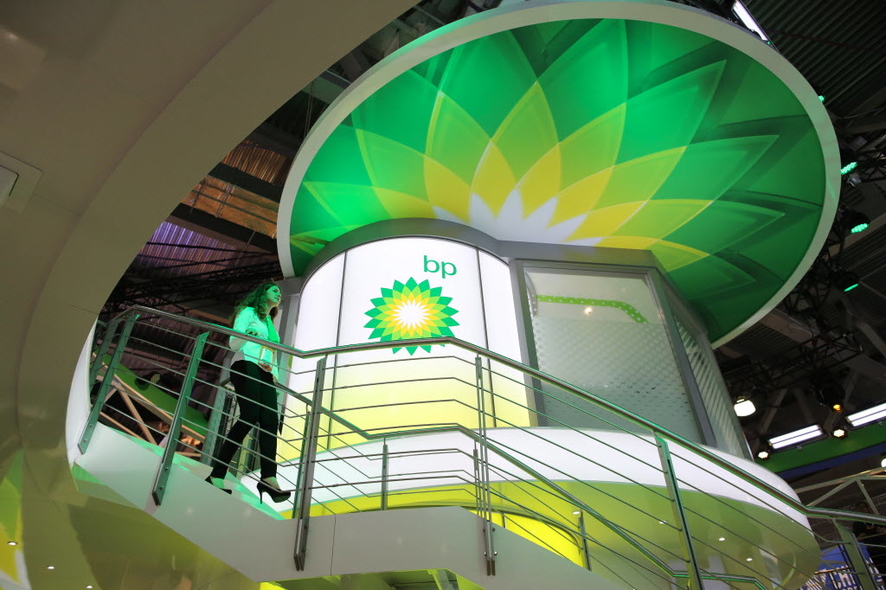 Bloomberg
Total assets: $31.5 billionHeadquarters: London, EnglandOffice in both England and Scotland: YesData as of December 31, 2013.
Share 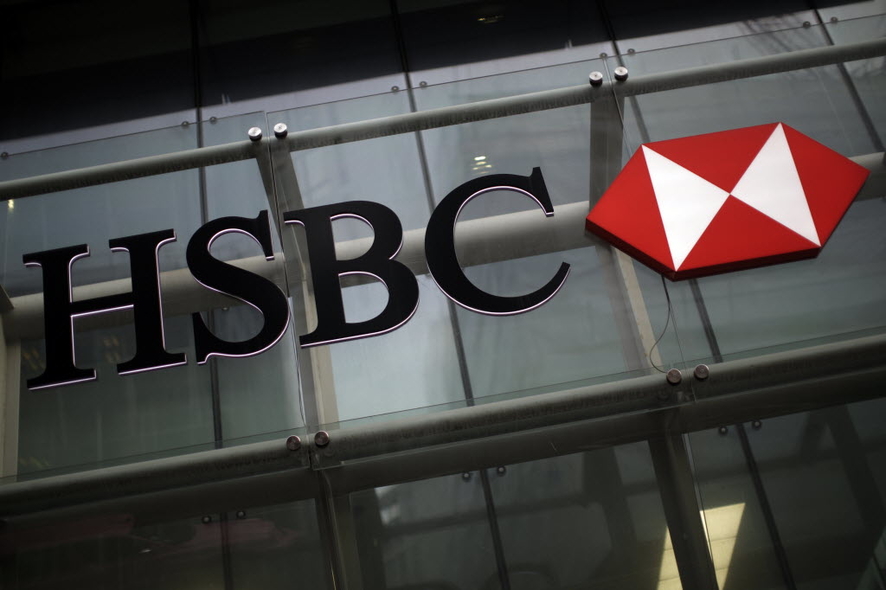 Bloomberg
Total assets: $31.7 billionHeadquarters: London, EnglandOffice in both England and Scotland: YesData as of December 31, 2013.
Share 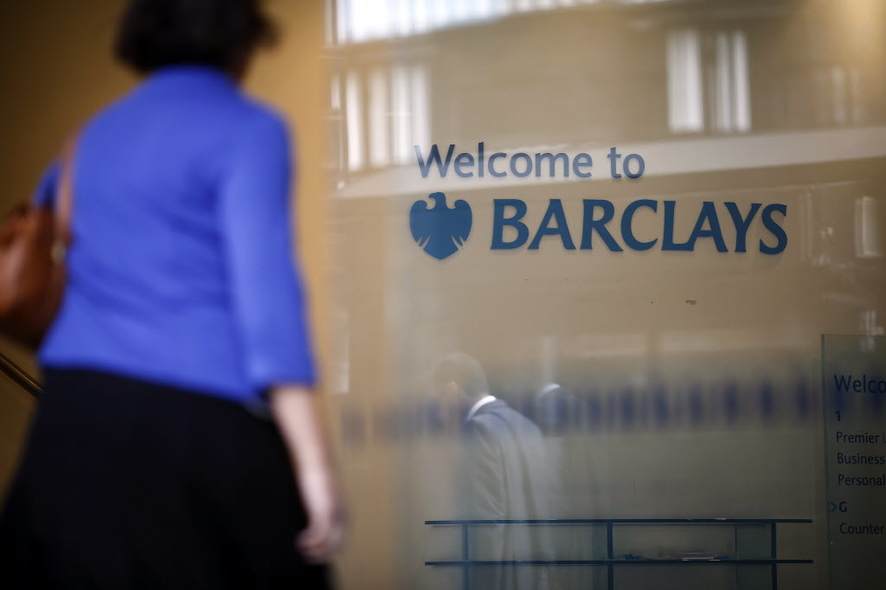 Bloomberg
Total assets: $39.2 billionHeadquarters: London, EnglandOffice in both England and Scotland: YesData as of December 31, 2013.
Share 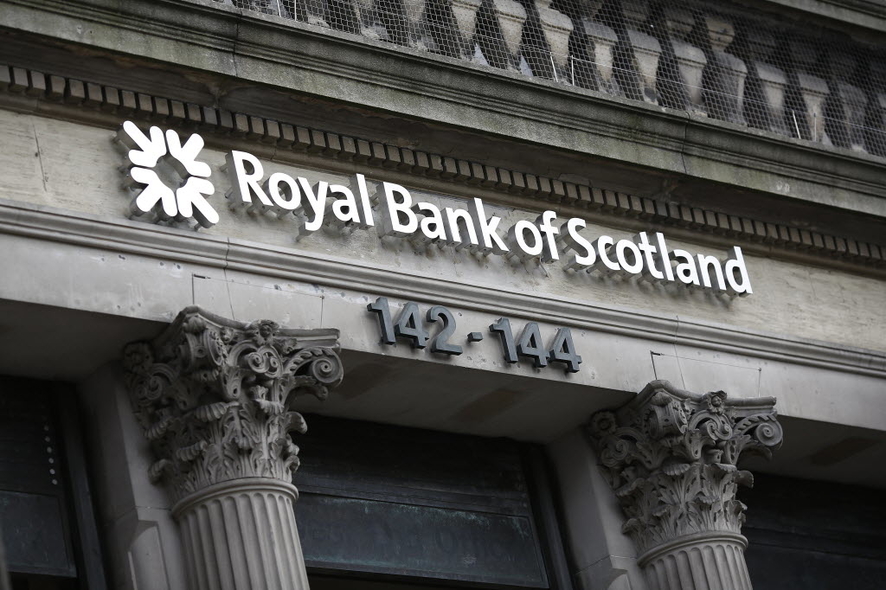 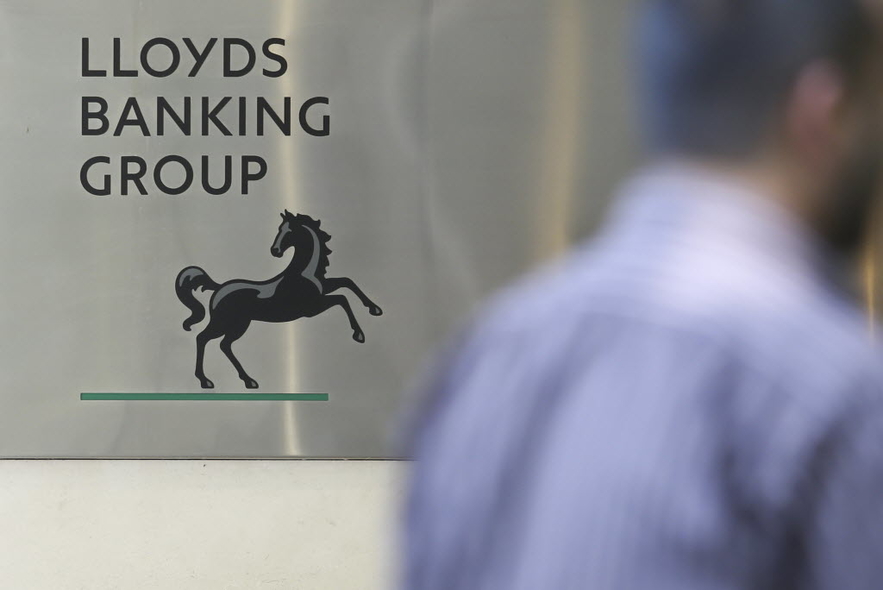 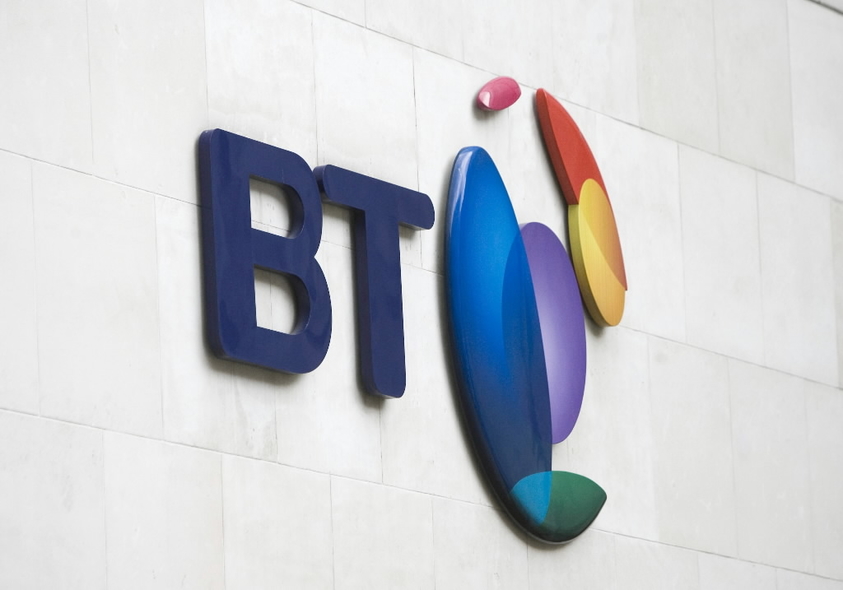 Money managers, consultants and investors are for the first time being forced to take seriously the potential for a breakup of the United Kingdom.

The uncertainty of how Scotland's vote for independence will go on Thursday has played out through the currency markets and actions of institutional investors, said money management executives.

One money manager, who asked not to be named, said his firm has come across institutional investors with 100%, 50% and zero hedges against the sterling in anticipation of — and reaction to — falls in the U.K. currency against the dollar.

A number of pension funds and money managers contacted by Pensions & Investments declined to comment for this article because of the political nature and the uncertainty of the situation. But the effects on pension funds' currency exposures and U.K. gilt and equity markets will need to be considered, even in the case of a "no' vote.

“Markets and investors are concerned the situation has changed dramatically in the course of the last week or so, particularly since” the first poll showing the "yes' camp was ahead was published last week, said one London-based hedge fund manager. “It is remarkable, looking back now, how complacent investors were on some of this.”

The uncertainty of the markets is reflected in the oscillating views of the U.K. public on the matter, with polling companies showing first strong support for a "no' to Scottish independence. That changed last week when a survey by YouGov PLC, which polls the public on various issues, showed the "yes' camp was ahead for the first time. Money management executives say that, although this result was not completely rogue — the polls had been moving in the "yes' direction for some time — the foreign exchange and equity markets have reacted.

As Pensions & Investments went to press, polls showed the "no' camp had made slight gains once again.

Politicians including U.K. Prime Minister David Cameron have been ensconced in Scotland in an effort to drum up support for the "Better Together' campaign. Financial services companies based in Scotland — including The Royal Bank of Scotland Group PLC, Standard Life PLC and National Australia Bank Ltd's subsidiary Clydesdale Bank — have continued to reassure customers and the markets of their contingency plans in the event of devolution. Plus, companies continue to grapple with what to do about a European Commission requirement for all cross-border pension funds to be fully funded at all times — potentially a problem for firms with U.K. pension funds that would be split in the event of independence. And all the while, uncertainty continues to reign supreme.

In the run-up to the Sept. 18 vote, the currency markets have shown the biggest reaction, said money managers.

A falling pound against the dollar since the highs of mid-July has been exacerbated further by the first "yes' poll with “a steep, accelerated fall,” said the hedge fund manager. In the event of a "yes' vote, he envisioned a further 5% move on the pound.

“The pound is down sharply so far — (down) 6% vs. the dollar since mid-July, and could be expected to fall another 6% to 10% if Scotland actually separated,” said Eric Lascelles, Toronto-based chief economist at RBC Global Asset Management Inc.

But Simon Hill, London-based chief investment officer at Buck Consultants LLC, noted, “Although sterling has fallen, it may not just be down to the narrowing polls.

“The pound had risen quite strongly earlier in the year, as expectations of rising base rates in the U.K. hardened, and interest rate changes in Europe and weakness in Japan (played out.) The dollar has been strengthening too.”

Mr. Hill said that, as the differential interest rate advantage shifted in favor of the U.K., it reached a level in July where Buck officials advised corporate pension fund clients that had hedges in place against foreign currency weakness “to review those hedges, with a view to reducing them” over the medium term. “It was less likely that the pound would strengthen further, so the value of the hedge against sterling strength had diminished.”

The weakening pound has played out to the benefit of some pension funds, simply because of their general approach to foreign exchange exposure.

Aerion implemented a £3.5 billion currency overlay program with Berenberg Bank early this year to hedge its foreign exposures. “Our currency overlay program uses a quantitative approach that benefits from trends in currency markets,” Mr. Waldron said. “The program does not attempt to predict currency moves. ... The program has performed strongly over the past few weeks as sterling weakness had led to the removal of some foreign currency hedges.”

And for the undecideds who might not yet have any currency program in place — whether for the purposes of the referendum or for their portfolio in general — it is not too late to take action.

“If we get a "no' there is not much doubt that the pound could snap back quite hard,” said the hedge fund manager. In the case of a "yes' vote, the “downside will be probably greater than the upside. Investment in the U.K. is going to dry up very quickly” due to uncertainty, and uncertainty about the U.K.'s membership within Europe. “We could expect significant interruption to levels of growth, a very difficult fiscal situation and potentially stress on the financial system,” he said.

Therefore, for fund executives taking a 50:50 stance on the result, “it is not too late to put some hedges on, as the downside will be considerable,” he added.

Pension fund executives should also brace themselves for an effect on the U.K. gilts market. A refusal by Scotland to take on its share of the U.K. debt — a concept that has been floated by Scotland's first minister and independence advocate Alex Salmond — would mean the rest of the U.K.'s government debt to GDP ratio would increase. Credit Suisse analysts put that ratio at 80.9% once Scotland's contribution is stripped out, a rise from the current 74.5%.

“The U.K. gilt market will change,” added Buck's Mr. Hill. “Oil is currently a source of revenue, but is volatile. And it is declining. Without exposure to the North Sea oil reserves and their revenues (in the case of Scottish devolution), the rest of the U.K. might actually be better off.”

He said that the loss of this volatile revenue would be coupled with the loss of a “fairly unvolatile public sector expenditure” that is associated with it. “But there would be a significant cost of adjustment, and from a political and diplomatic position it may be negative for gilts as devolution might be negative for sovereign debt,” he warned.

A fall in U.K. gilts also would help pension fund liabilities, as, on an accounting basis, it would imply future liabilities are falling. Underfunded pension funds could rejoice in that fact, said money managers, and those that are fully funded would be relatively indifferent. “For gilts that have been issued, whatever price they are trading at, they will still be paying coupons, and global companies will pay dividends, and income will still be generated to pay pensions,” said Mr. Hill.

But the equity markets would suffer, not least from the disquiet that the referendum has caused and will continue to cause, even in the event of a "no' vote.

Executives interviewed also floated the idea of a "never-endum' in the event of a close "no' result this week. The hedge fund manager said an uncertain environment of continued campaigning would cause U.K. assets to trade at a long-term discount to the rest of the world. Such an environment would be “potentially damaging to growth, as people won't want to invest in a country with uncertainty and an unknown future — although it would be more damaging to Scotland.” n