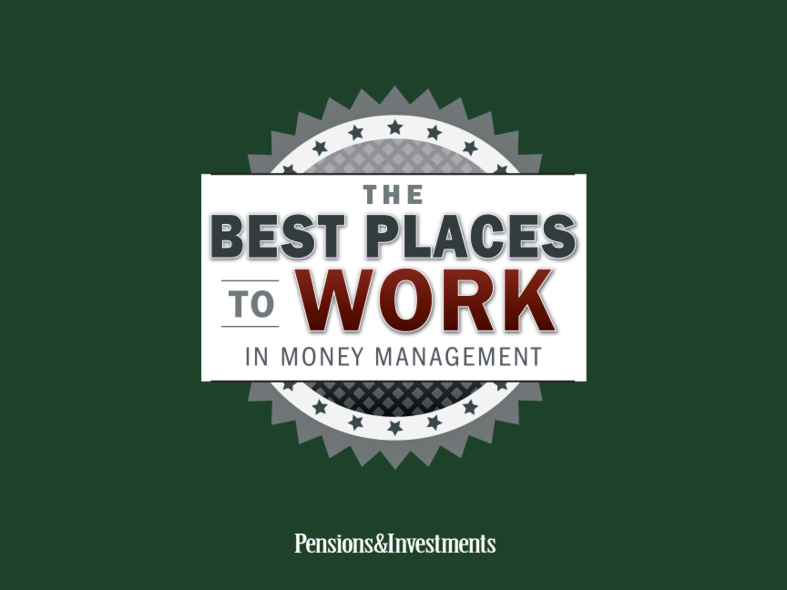 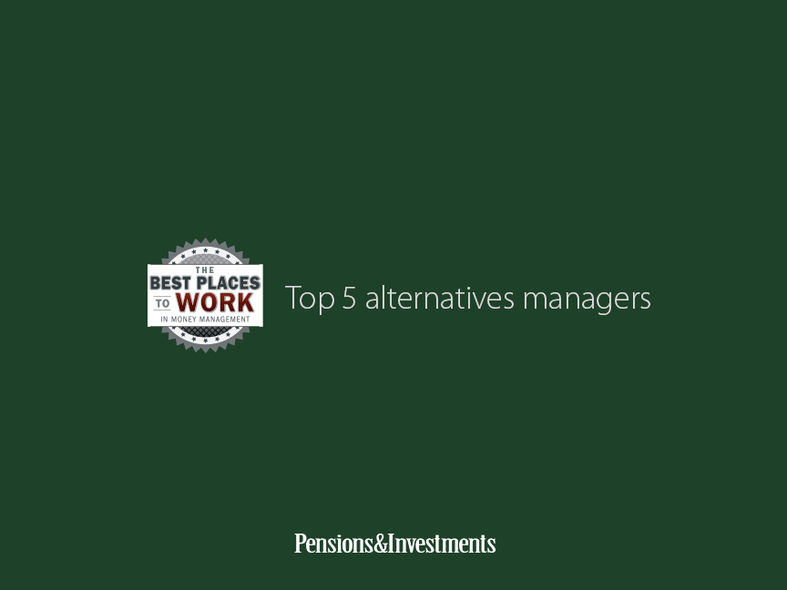 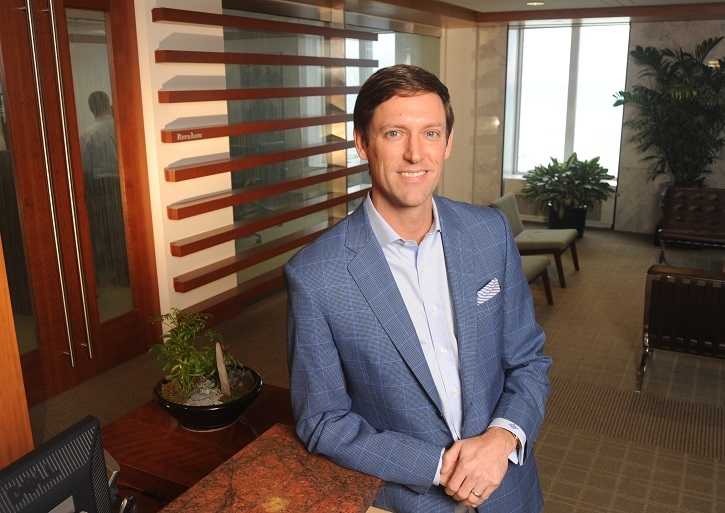 Jason Kern says LaSalle is a big-city firm with a 'small-town feel.'
Share 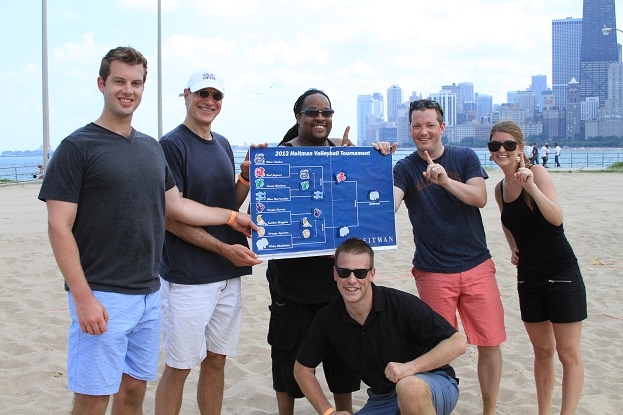 Heitman's commitment to employees' work-life balance includes in a beach volleyball tournament as part of the firm's annual summer outing, where teams get the opportunity to socialize and collaborate with colleagues from outside their departments.
Share 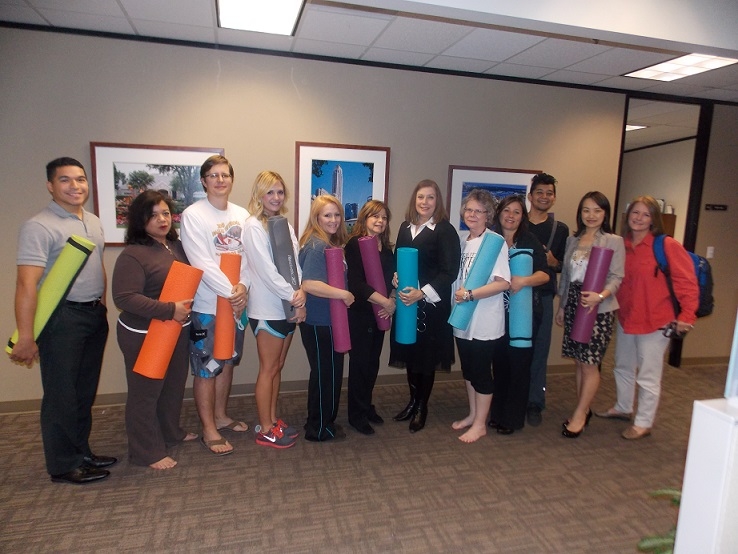 Daily yoga classes are popular with many of L&B's employees.
Share 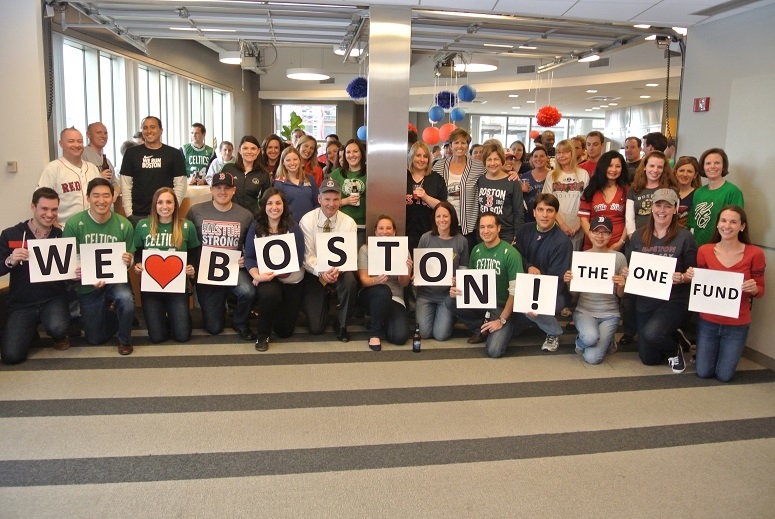 AEW Capital Management employees love Boston — and they love AEW, too, enough to make it one of P&I's Best Place to Work.
Share 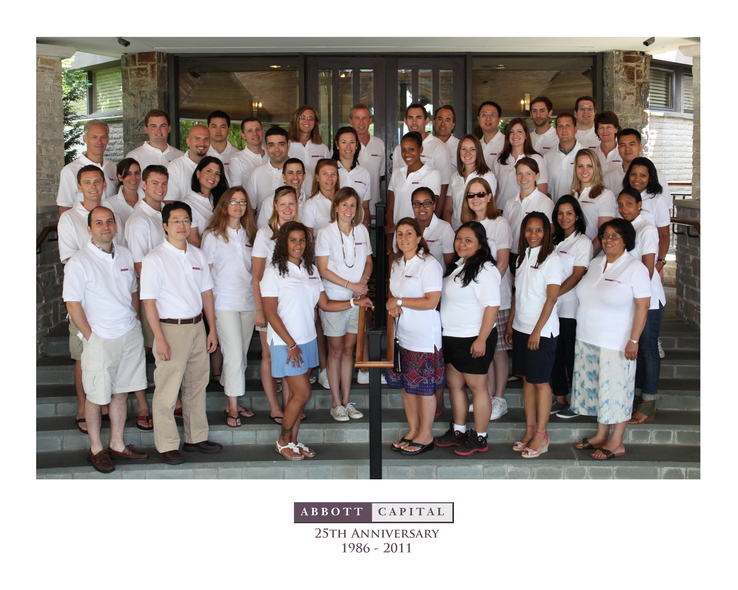 For Abbott's 25th anniversary, the entire staff enjoyed a day of fun and fitness that culminated with a dinner dance.
Share 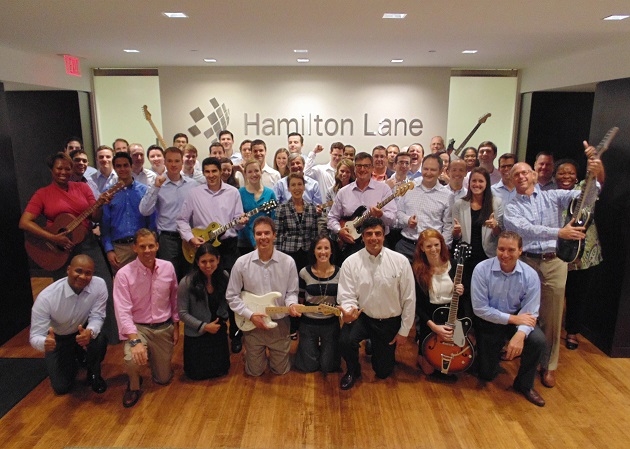 Hamilton Lane uses photos like this one, of employees gathered in the firm's Philadelphia lobby, in emails it sends to clients.
Share 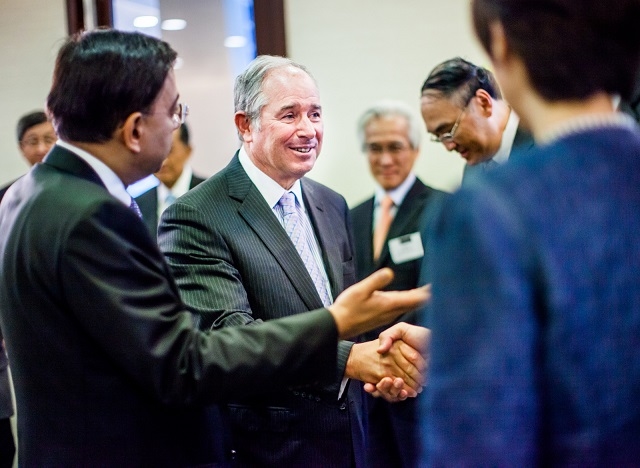 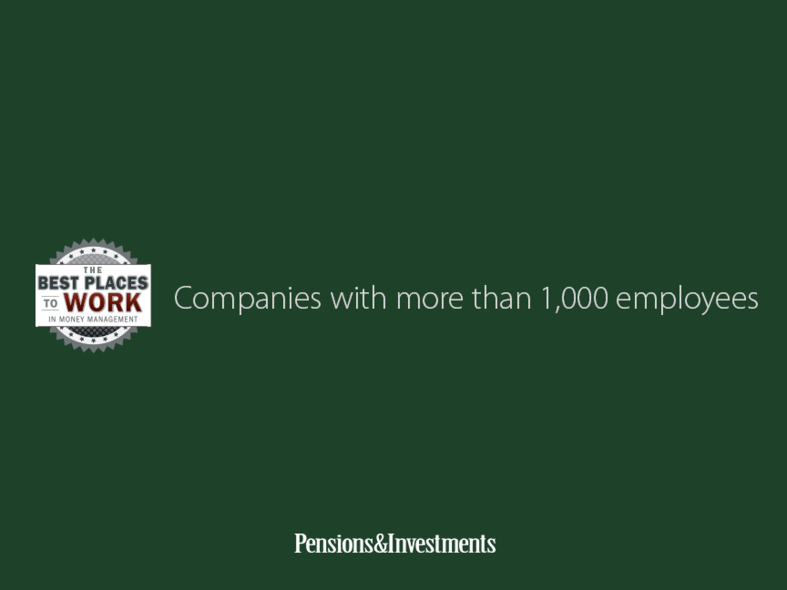 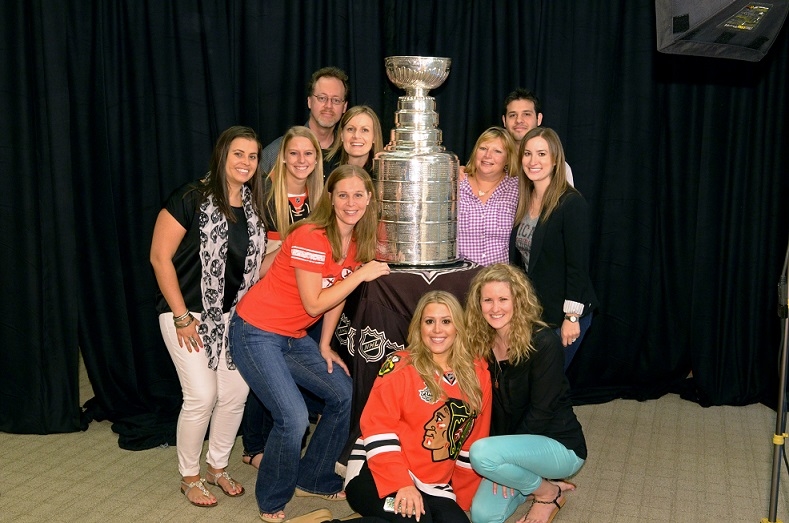 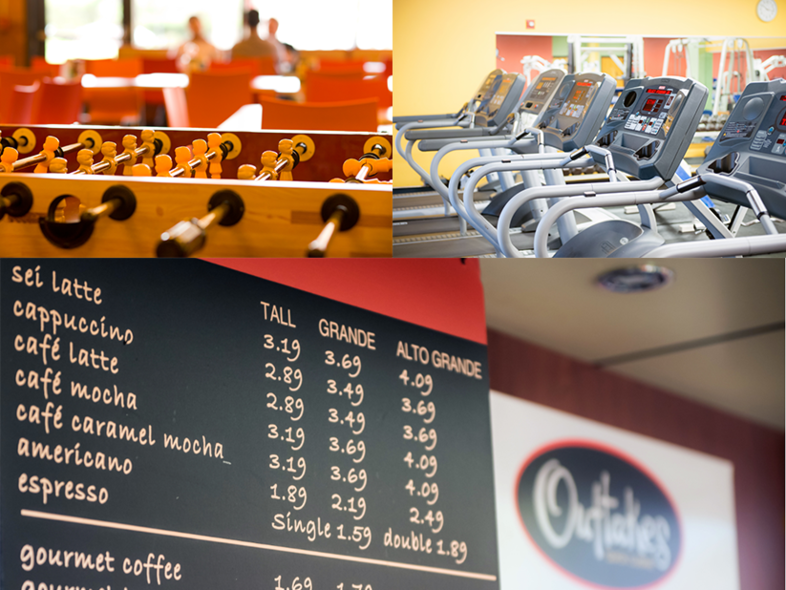 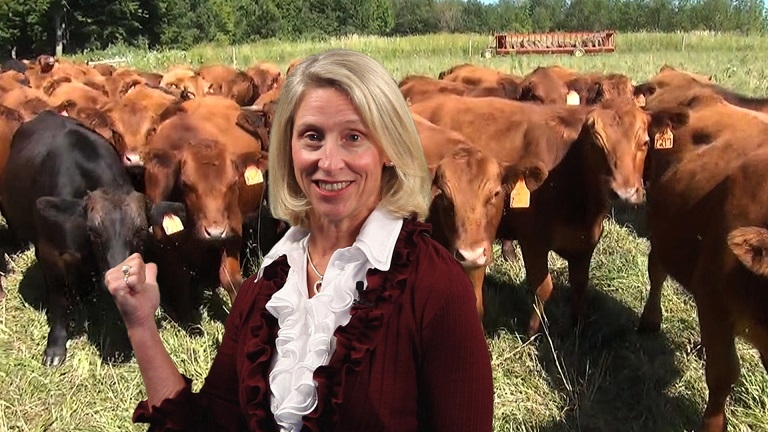 Employee videos, this one featuring Sandy Pomeroy and her cattle farm, are used to foster camaraderie among Neuberger Berman workers.
Share 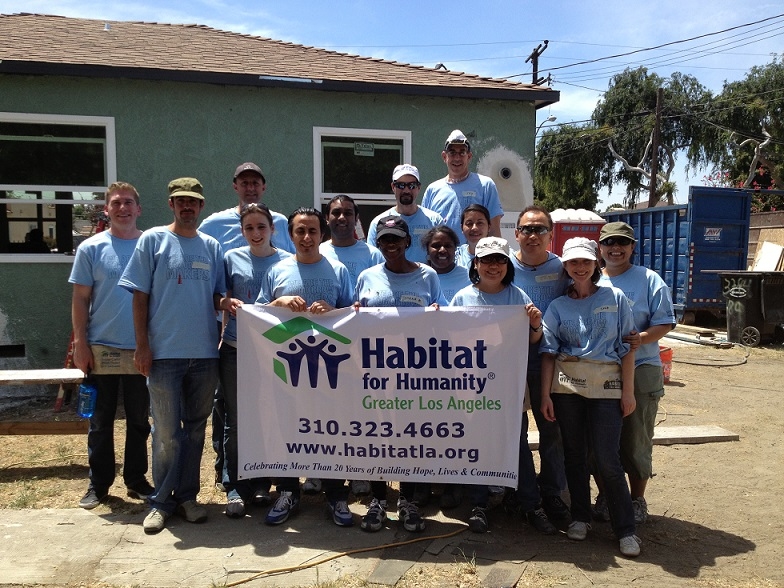 Transamerica employees in several offices work with Habitat for Humanity, including staffers from Los Angeles, who proudly show their handiwork.
Share 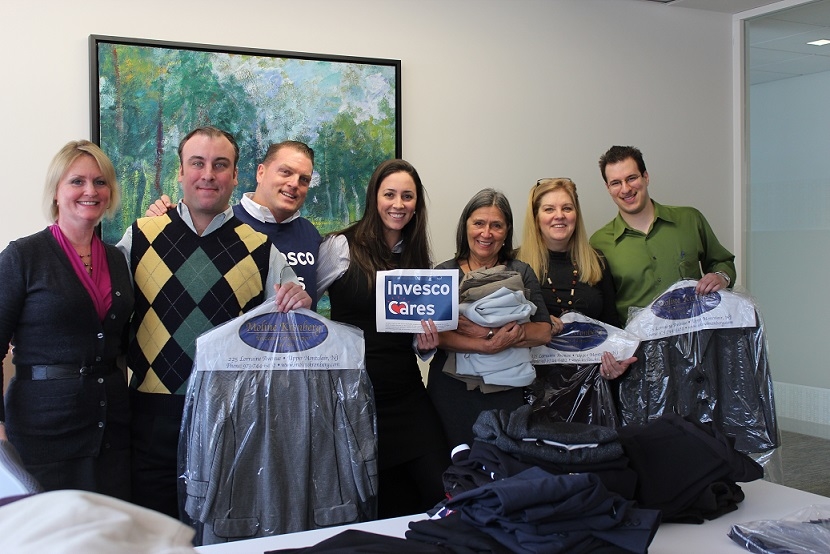 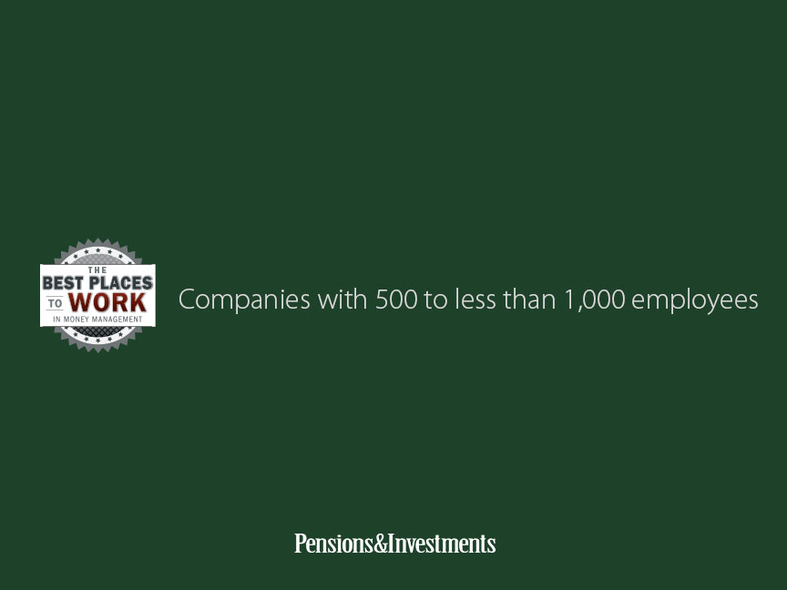 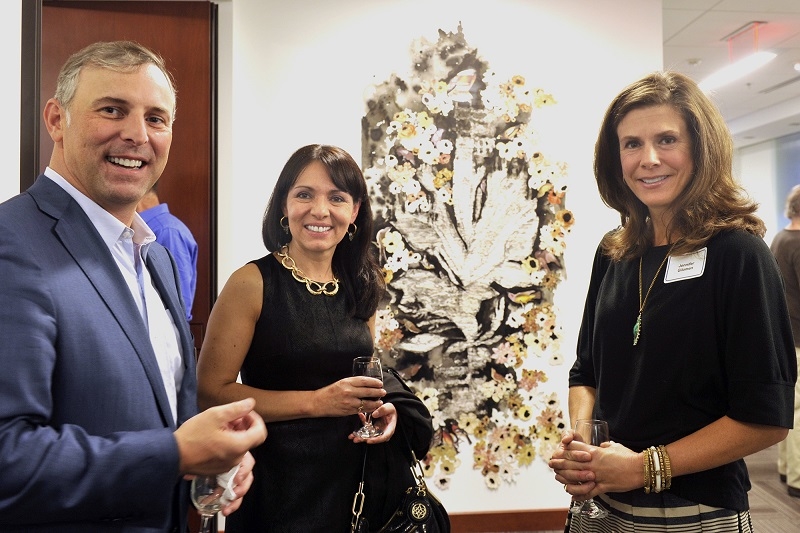 CEO Thomas Finke welcomes people to the opening of an art exhibit in the lobby of Babson's Charlotte. N.C., office.
Share 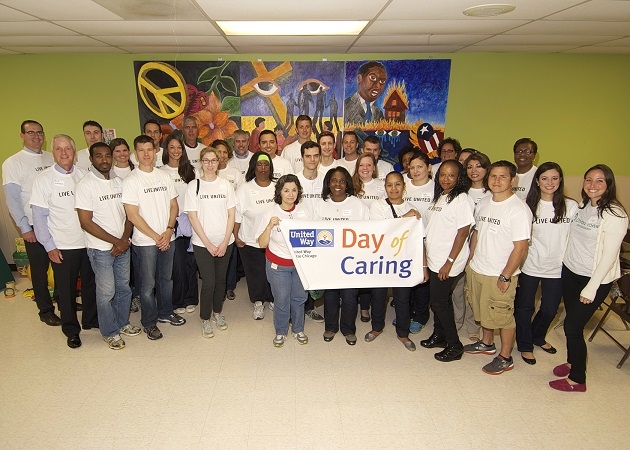 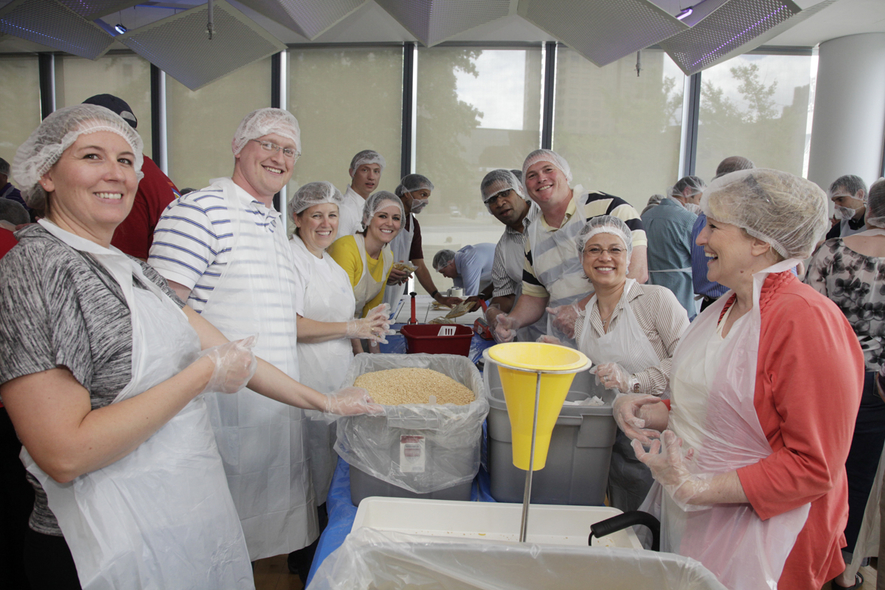 More than 800 Principal employees volunteered with Meals from the Heartland, packaging 100,000 meals for charity.
Share 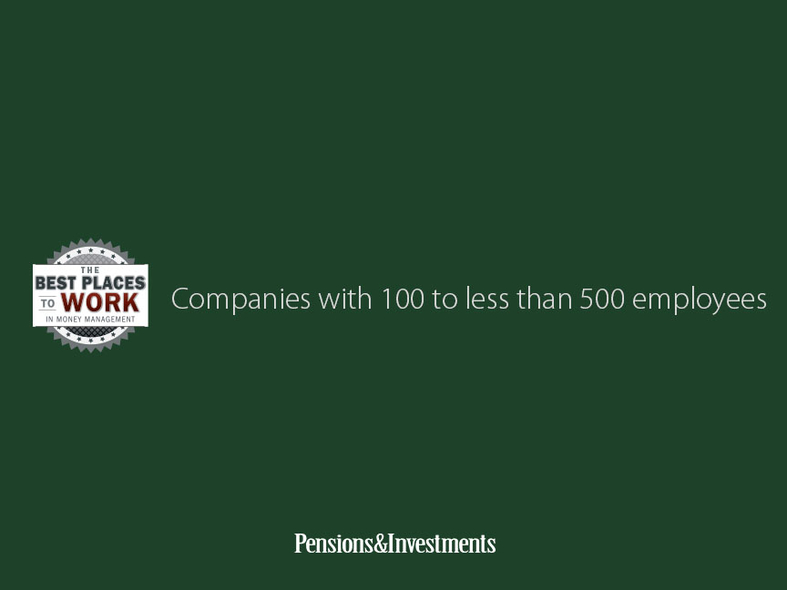 CalSTRS' offices were built next to a river walk, a popular jogging and cycling spot for many employees.
Share 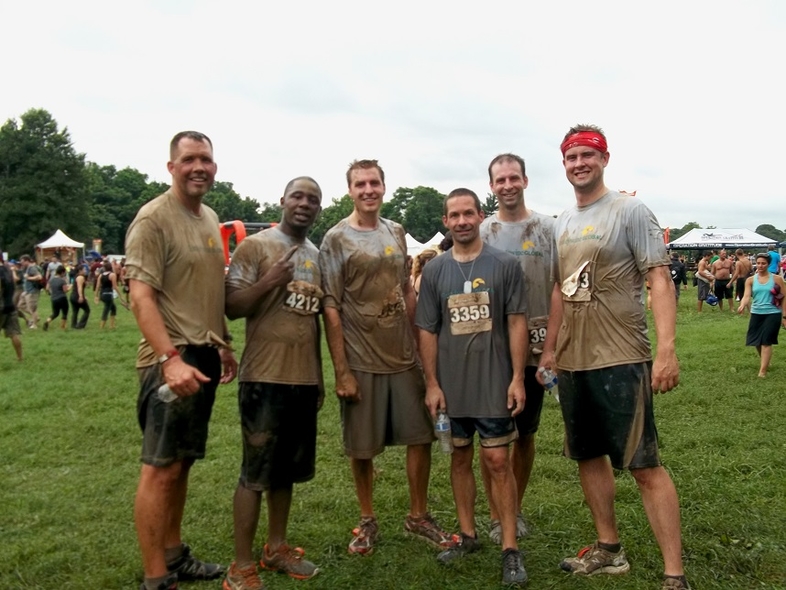 Brandywine employees get down and dirty for the firm's annual 'mud run.'
Share 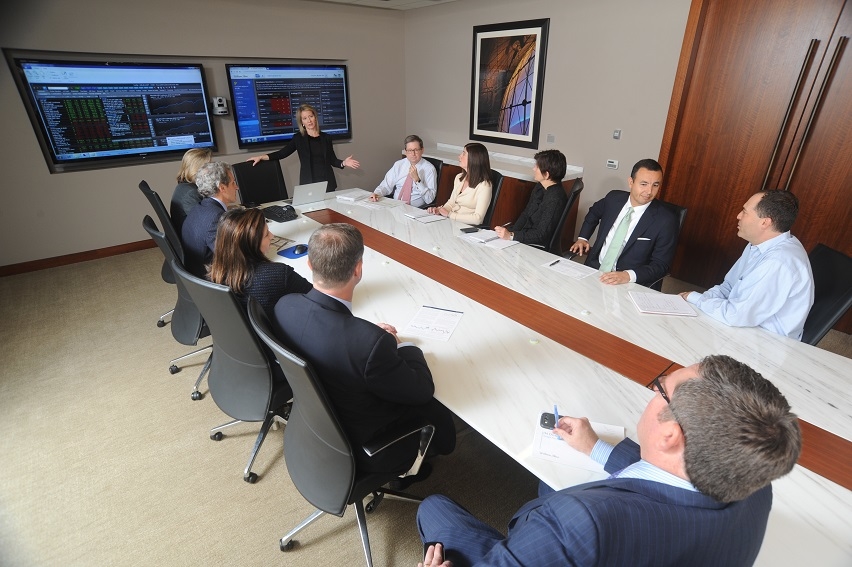 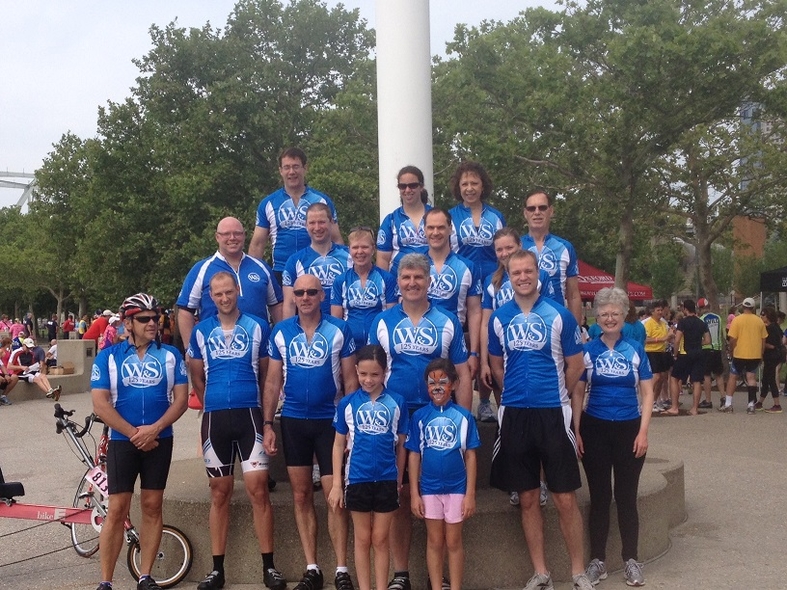 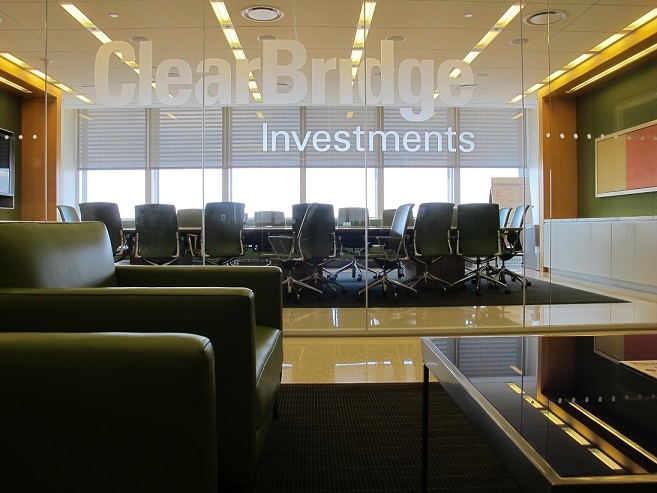 ClearBridge employees cite their colleagues and the overall workplace environment as reasons the firm is such a good place to work.
Share 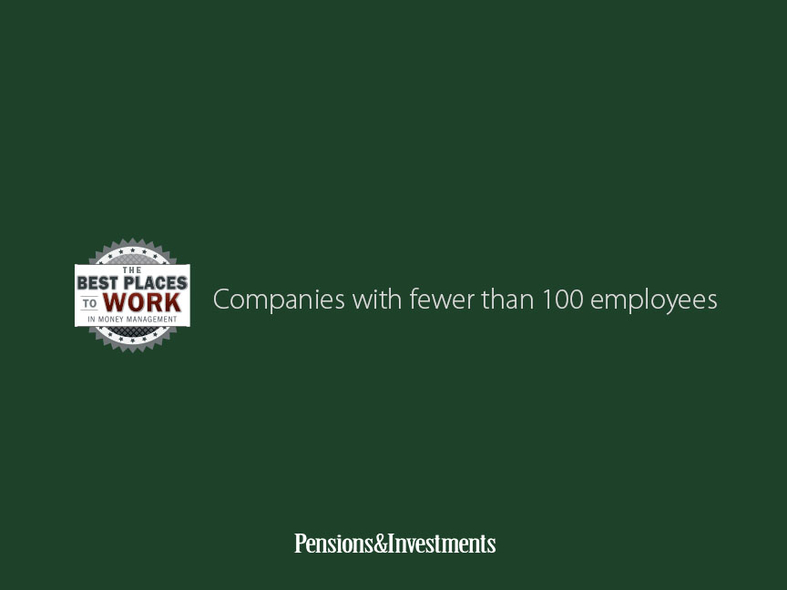 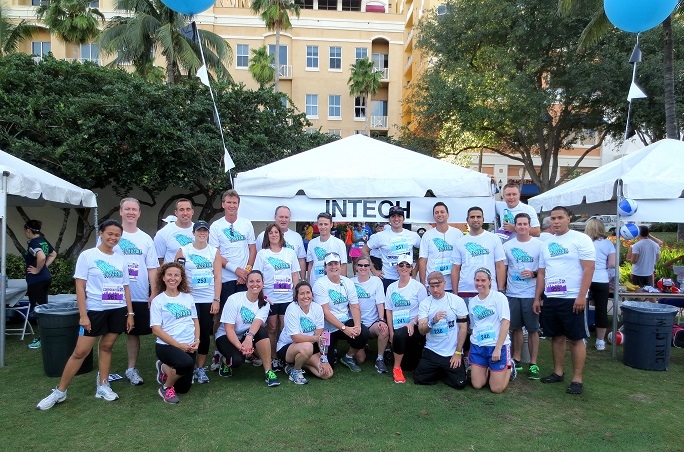 INTECH has participated for the past three years in the Mercedes-Benz Corporate Run, which benefits the United Way.
Share

Perkins is home to several rabid Chicago White Sox and Blackhawks fans, with many offices decked out with team paraphernalia.
Share 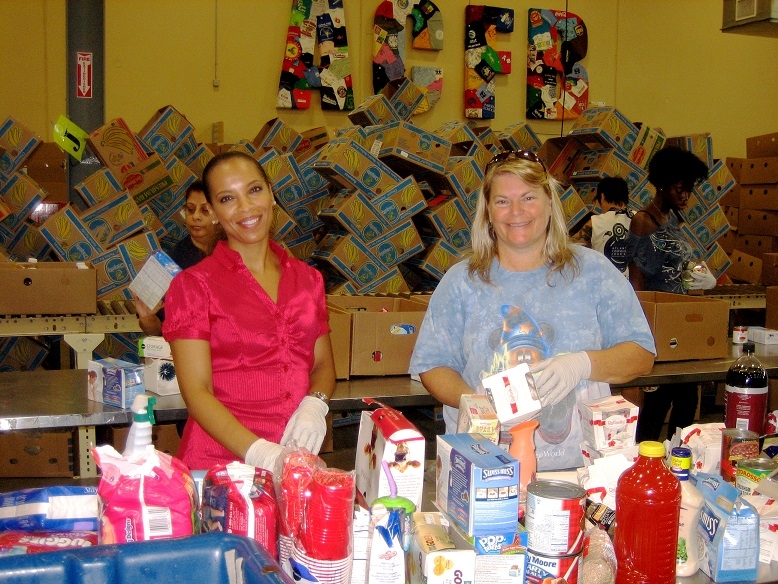 SunTrust employees volunteer for a number of causes, including Project Open Hand, which delivers in-home meals to the needy.
Share 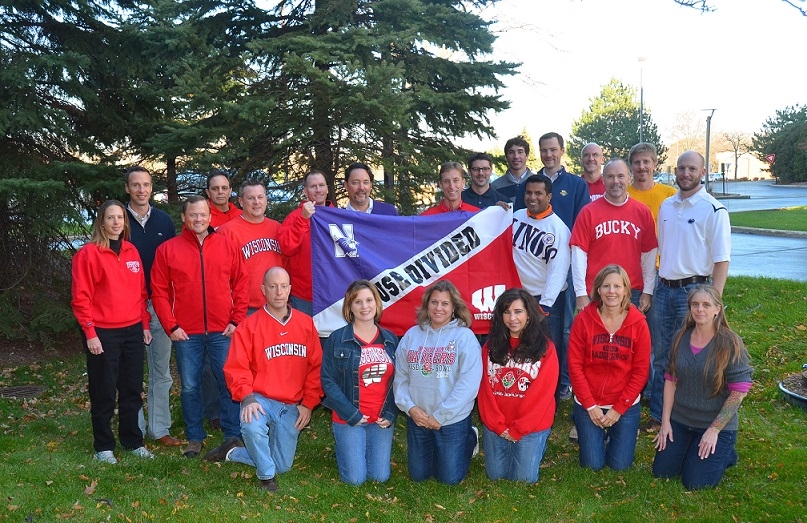 'Divided' sports outings derive from the conflicting college loyalties of CIO J. Joseph Veranth (behind flag, with mustache) and his wife.
Share 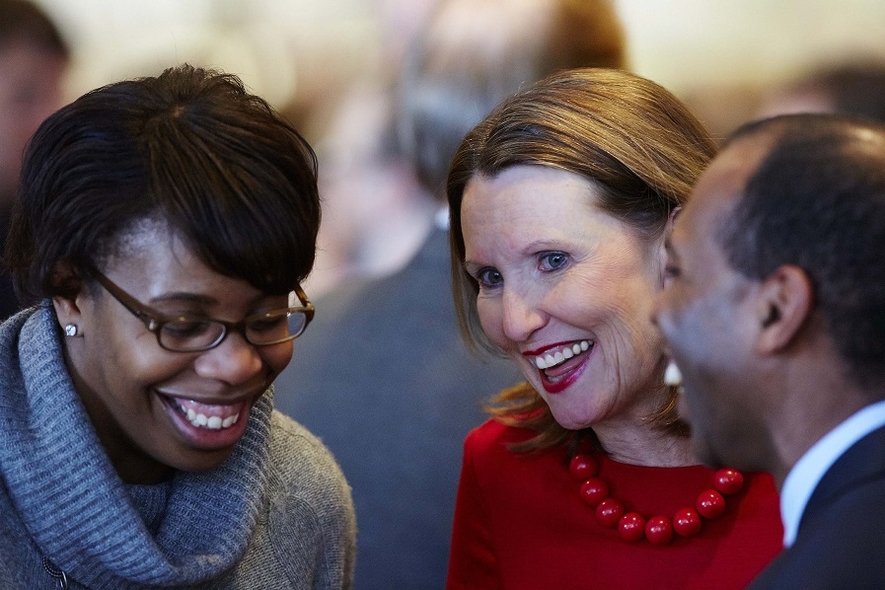 It's not just about the math. While few money management firms love math nearly as much as this one, the breathtaking view of the Atlantic Ocean from its offices is a reflection of the genuine care that INTECH Investment Management LLC takes in its business and its people.

Among the comments by employees responding to Pensions & Investments' Best Places to Work in Money Management survey were “My supervisor shows a genuine concern for me personally,” and “Management genuinely cares about the employees.”

Another staffer said, “My colleagues are intelligent, hardworking and don't take themselves too seriously.”

The firm's investment approach, which attempts to capitalize on the random nature of stock price movements, is rooted in a mathematical theorem explained in a 1982 paper called “Stochastic Portfolio Theory and Stock Market Equilibrium,” written by INTECH founder E. Robert Fernholz.

Adrian Banner, CEO and chief investment officer, came aboard as an intern in the summer of 2000 while pursuing his Ph.D. in mathematics at Princeton University. He fell in love immediately and joined INTECH for good directly out of school.

“It's an extraordinary place,” said Mr. Banner. Being able to use his background, creating experiments and simulations, and then working on the actual trading systems made the firm a perfect fit for him.

“We can see the entire chain, as it were, from ideas to execution at all the different levels, which I find extraordinarily fascinating,” he said.

Employees have a general combined purpose, he said, which makes it a “very satisfying place to grow up.”

That purpose is apparent in comments from employees. One employee wrote a reason the firm is a best place to work is “the spirit of the company to teach and mentor and guide employees.” Another wrote the “opportunity to learn on a continual basis” is a reason.

Martha Franco, the firm's human resources director, is a relative newcomer, having joined the firm in January 2009, but it's clear to her that INTECH — a Best Places to Work in Money Management repeat winner — is a special place to work.

“We always like to get together,” Ms. Franco said. “We have happy hours, (and) we just had a Halloween celebration.”

The close-knit firm also hosts picnics for employees and their families, events celebrating the kickoff of football season as well as those appreciating employee milestones.

John F. Brown, senior vice president and head of global client development, joined the firm in August 2012. He and his wife relocated from Boston. After a few months with the firm, “I was taken aback. This business has a tendency to be overly austere,” Mr. Brown said. “(Here) we do at least quarterly an employee appreciation event. It could be as simple as an ice cream social.”

Then there's that view. The firm takes up the two top floors of a new office tower in downtown West Palm Beach.

Mr. Brown said he overheard his wife mention at a function that she relocated with him from Boston “kicking and screaming,” but it took her only about a week to change her mind. “This place is just remarkable,” he heard her say.