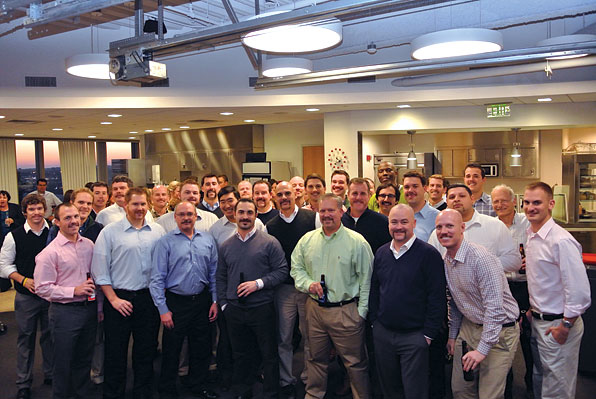 Randomly — generally every other month or so — AEW hosts “Cheers and Beers.” Held late on a Thursday or Friday afternoon, the staff eat, drink, listen to music and hang out for a couple of hours.
Share 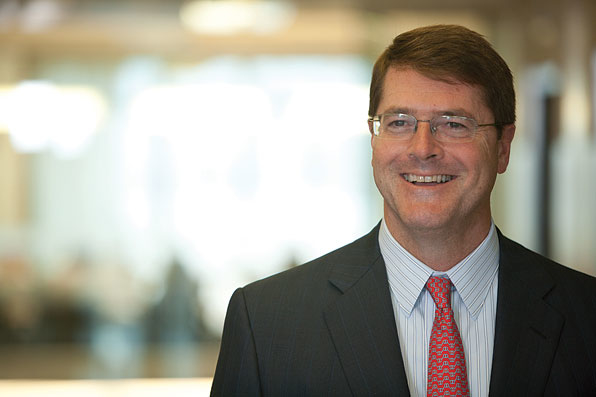 Photography by Lucy Chen
“We work hard to be a place people want to work instead of have to work,” CEO Jeff Furber said.
Share 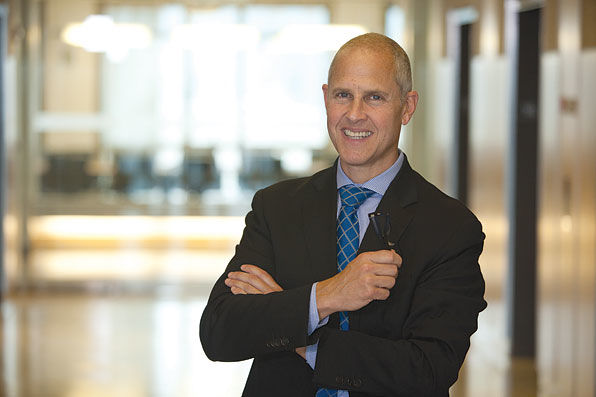 Photography by Lucy Chen
“We operate like a family — and a functional one at that,” Steve Corkin, managing director and head of investor relations, said.
Share 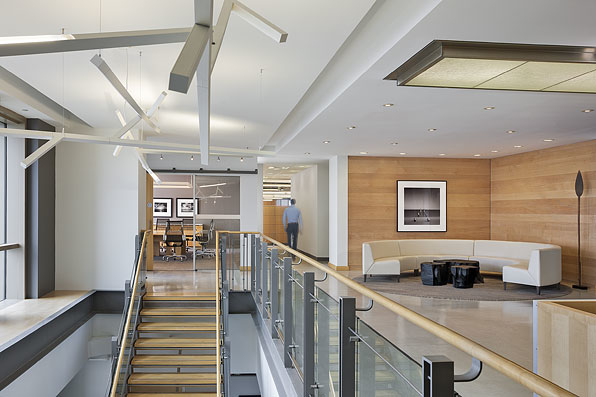 AEW Capital Management has the front end of an Edsel — with operational headlights — in the lobby of its office.

But that's not why it is ranked on Pensions & Investments' list of Best Places to Work in Investment Management. It is the Boston-based real estate investment firm's fun and supportive atmosphere.

“We operate like a family — and a functional one at that,” quipped Steve Corkin, managing director and head of investor relations.

“Along with being a great company overall, I feel that the company cares about every individual and because of that I strive to work harder for the company,” one employee wrote in the survey.

During the economic downturn when most real estate investment firms were reducing their staffs, AEW didn't. Instead, senior executives — anyone with the position of vice president and above — took a significant pay cut as well as a two-week mandatory furlough to adjust for the drop in business. Employees at the lower end of the pay scale received 2% raises, said Jeff Furber, CEO.

“We work hard to be a place people want to work instead of have to work,” he said.

One of AEW's core values is to work hard and have fun, and they take the last part seriously. The firm's headquarters has its own cafeteria and kitchen staff as well as a gym.

“People eating together and working out together, makes them feel like friends,” Mr. Furber said.

Randomly — generally every other month or so — the firm hosts “Cheers and Beers.” Held late on a Thursday or Friday afternoon, the staff eat, drink, listen to music and hang out for a couple of hours, Mr. Furber said. AEW also hosts a Halloween bash.

“Sometimes I think one of our core competencies is food and drink,” Mr. Corkin said.

The last gathering was Nov. 29 to recognize the 30 men at the firm who grew mustaches for Movember, an annual event to call attention to prostate cancer. There was a parade of the mustachioed men and prizes awarded for different categories.

The firm also closes early on Friday in July and August, and closing time became even earlier — moved to 1 p.m. from 3 p.m. — during a recent office renovation.

“We thought, "Let's close at 1 p.m. on Friday so people don't have to listen to the hammering,” Mr. Furber said, and the new quitting time stuck.

Still, there's a serious side to all of the fun and games, and that's why there's the Edsel in the lobby.

Found by a partner during a motorcycle trip, Mr. Corkin explained: “We have a front end of an Edsel in our lobby as our reminder that the customer is the most important thing. If you don't listen to your customer, you fail.”

Recommended for You
Leader within BlackRock's U.S. real estate business to depart in November