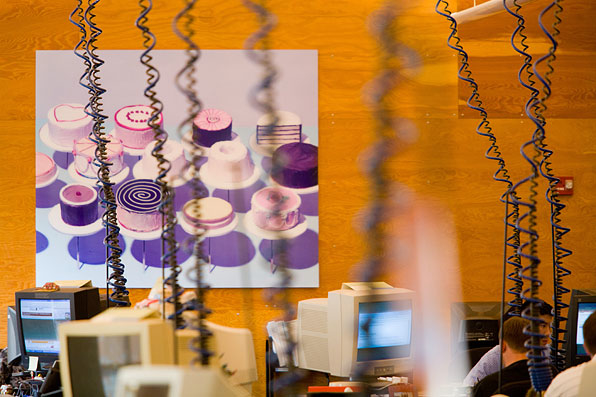 P&I Research Center
With 453 clients -- the most in the group -- SEI has $67.1 billion under management. (Pictured is SEI's offices courtesy of the firm)
Share 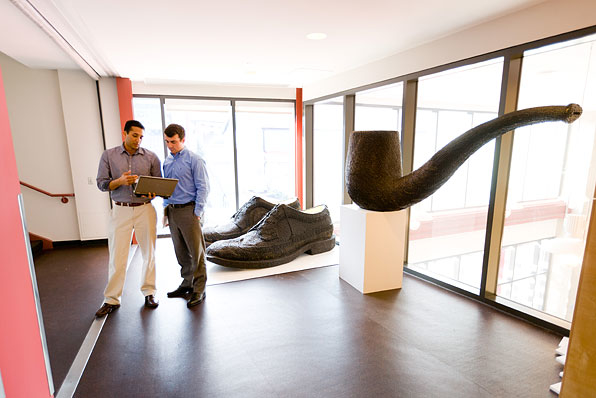 SEI's headquarters and regional offices are home to the West Collection of contemporary art. The collection is showcased all over the campus, including in hallways and by employee work areas.
Share 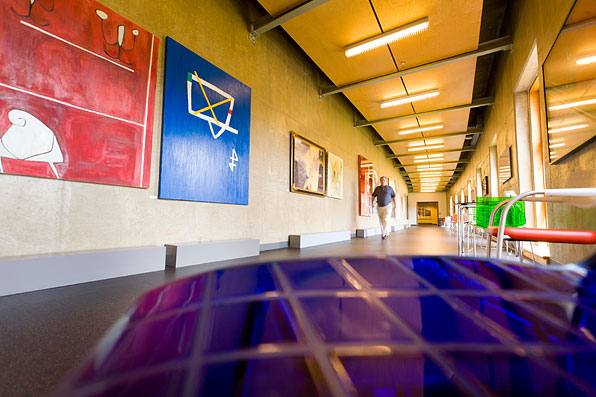 The West Collection's high-impact paintings, sculptures, photographs, and installations are an integral part of working at and visiting SEI. The collection is owned by the West family and is curated by Al West's daughter, Paige West.
Share 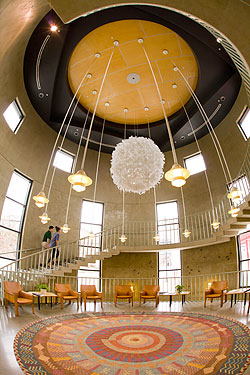 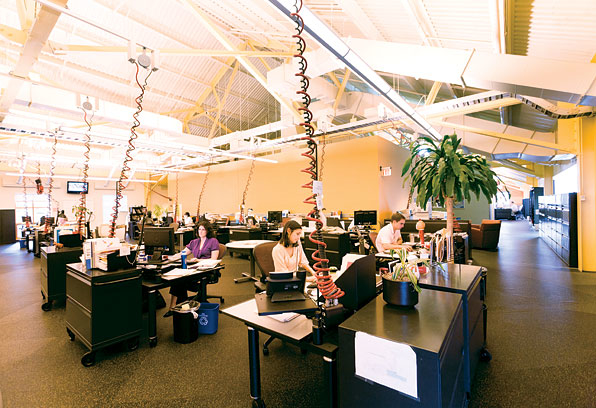 All furniture is on wheels so employees can rearrange their work spaces according to changing projects and teams.
Share 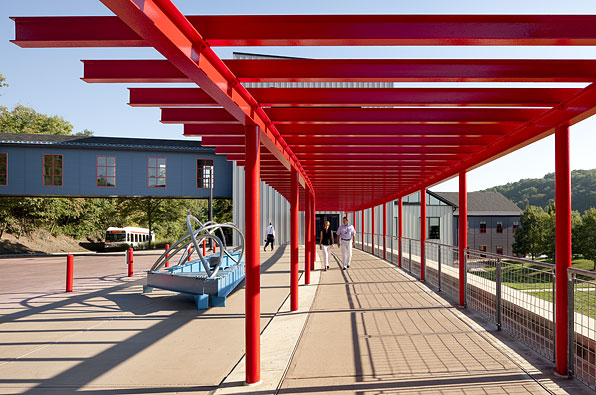 P&I
SEI dropped to fifth place from fourth with a 2.3% increase in assets to $84.8 billion. About 36% of SEI's assets was managed with full discretion.
Share 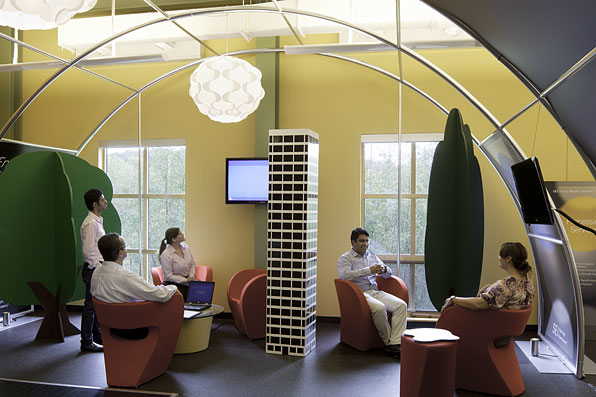 To encourage communication at all levels and de-emphasize hierarchy, SEI did away with all the corporate trappings — offices, cubicles, secretaries and executive dining rooms. People can, and do, walk right up to CEO and chairman Al West with ideas, which is fine with him.

Pythons are not your typical workplace motivational tool, but at SEI, they are an expression of the company's passion for reinvention.

The “pythons” — the nickname for the phone and data lines dangling at regular intervals from the ceiling at the main campus' vast, open workspace — allow employees to unplug, gather their belongings and wheel their desks to another spot and another project. The point of that “managed chaos,” according to founder, Chairman and CEO Al West, “was to make (employees) feel they had to make decisions. It does come down to the individual.”

SEI, which has five main units including investment management, used to spend roughly $1 million each year to move people around the building, reinventing teams and assignments, before the pythons and wheeled furniture.

To encourage communication at all levels and de-emphasize hierarchy, SEI did away with all the corporate trappings — offices, cubicles, secretaries and executive dining rooms. People can, and do, walk right up to Mr. West with ideas, which is fine with him.

“When I had an office, I had a wall phone so I could sit in the doorway and watch people, and I was in the action,” he said. Sitting out there among the employees now “does signal that everybody's idea is equal.”

Employees like the mix of independence and challenge that comes with the constant reconfigurations. “The design of the workspace enables freedom but fosters hard work,” one said in Pensions & Investments' Best Places to Work in Money Management survey.

Another called it “the spirit of entrepreneurism. I have autonomy to run my business as long as I get results.”

Now on the firm's fifth reinvention following other changes since the 1990s that included outsourcing non-core functions, software and technology redesigns, and cross-functional teams, Mr. West said the point of this latest one “was to get back to when we were small. If a client called, anybody could usually help.”

Another part of the reorganization was moving many human resource decisions to front-line supervisors, who know their team members best. Getting rid of titles (except for business cards for the outside world) let everyone focus on what people actually do, or could do. “Your career path is what you make it,” one employee said in the survey.

SEI helps employees grow professionally with a rich menu of “lunch & learn” programs that include public speaking and presentations, writing, project management and leadership. There are also plenty of awards, including “Rising Star” for people just starting their careers, and “Spot” awards for people caught doing something special.

Employees also appreciate the balance between work and life interests, with flexible hours, encouragement of volunteer activity, a family center for child-care emergencies, and even hiking trails around the 130-acre main campus. “Our environment can be seductive,” said Kevin Johnston, director of workforce development. “We play as hard as we work,” said an employee.

That “get-it-done culture” is good for employees and clients, said Executive Vice President Edward Loughlin, who launched the institutional group, which runs $61.3 billion for 450 global clients. “When employees today look at their job, it's more of a portfolio of experiences.” Mr. Loughlin said the company takes pains to make even far-flung offices feel included. “We want the employee experience to be the same if you're in London or Oaks or Dubai.”

For Mr. West, whose passion for change extends to a revolving art collection, reinvention “is how you keep moving and make sure you keep relevant. Nothing is sacred, and that involves flexibility and collaboration. “