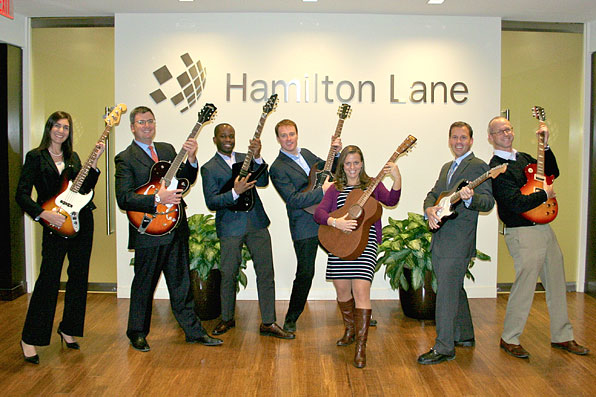 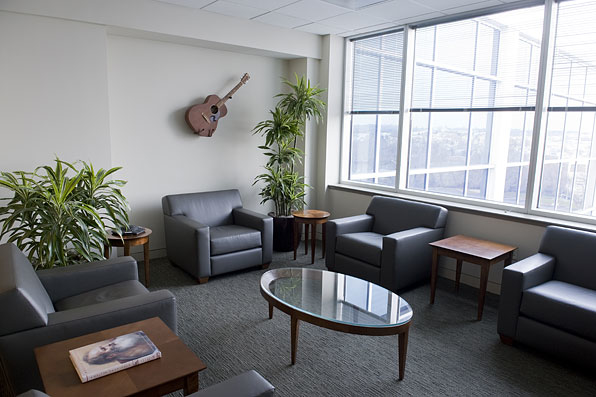 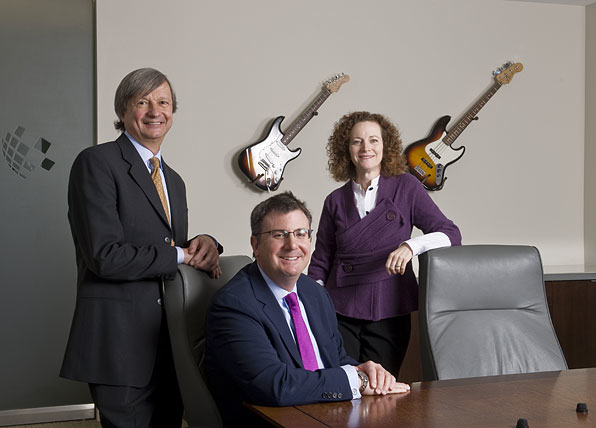 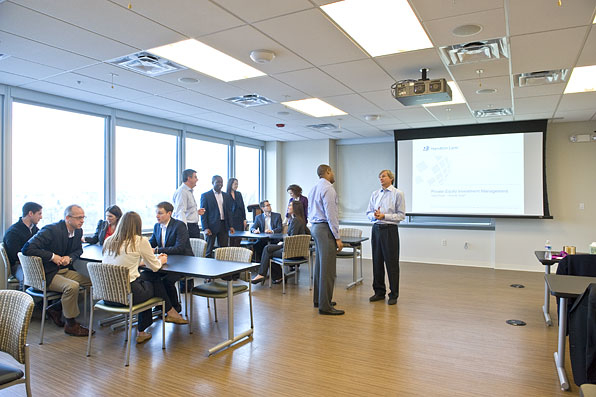 Every quarter, all Hamilton Lane employees gather via Skype for what the firm calls a town hall meeting. One favorite part of the meeting — according to Messrs. Giannini and Hirsch —is all about rumor and gossip. For 20 minutes, Mr. Giannini covers topics that have been circulating around the water coolers of the firm's 12 global offices.

The firm named its conference rooms after great rock "n' roll guitarists — Eddy Van Halen, Jimmy Page and Eric Clapton — each with the artists' guitars and memorabilia decorating the walls. Executives say clients have been known to take one of the guitars off the conference room walls and play a few riffs.

While one employee responding to Pensions & Investments' Best Places to Work survey said the guitars are the single best thing about working at Hamilton Lane, executives say there's more to it.

Having the right culture — showing employees they matter — is a big deal, and CEO Mario Giannini said executives work hard at it. The firm's top executives strive to ensure that Hamilton Lane employees feel valued, feel their voices are heard and believe there is room for advancement if they perform well, Mr. Giannini said.

“We are creating a culture of mutual respect and admiration,” said Erik Hirsch, chief investment officer. “You treat people well. You listen to them, you create forums where they have a real voice and you treat them like they matter because they do.”

The Bala Cynwyd, Pa.-based alternative investment consulting and investment management firm had $23.9 billion in discretionary assets under management and an additional $143.1 billion in advisory assets as of Sept. 30.

Every quarter, all Hamilton Lane employees gather via Skype for what the firm calls a town hall meeting. One favorite part of the meeting — according to Messrs. Giannini and Hirsch —is all about rumor and gossip. For 20 minutes, Mr. Giannini covers topics that have been circulating around the water coolers of the firm's 12 global offices.

“We go over slide after slide of rumor and gossip such as "Mario doesn't work' and "Hamilton Lane doesn't like flex time',” he said. “It allows us to figure out what's important to a large group of people. (The gossip is) an early warning and we try to listen.”

Hamilton Lane also has Monday lunches in each office, where staffers eat together. It's a way of encouraging bonding among co-workers, Mr. Giannini said. The catered meals range from a fancy salad bar to Mexican to pizza to breakfast-for-lunch.

Not only do top executives listen to employees, but they also act on what they hear, said Alice G. Lindenauer, managing director, global human resources. She noted that after executives heard the flex-time rumor, they made it easier for people to create flexible work schedules.

“People can have a well-balanced life here,” Ms. Lindenauer said. “At other firms, it's very hard. You have to separate work and personal life; we take parenting very seriously here.”

Overwhelmingly, employees who responded to the survey agreed.

Put simply by one Hamilton Lane employee: The firm “does great work for its clients without burning out its employees.”

Added another: “If I have to choose just one, I believe the benefit and family-friendly environment is the best thing about working for this company as a single parent.”