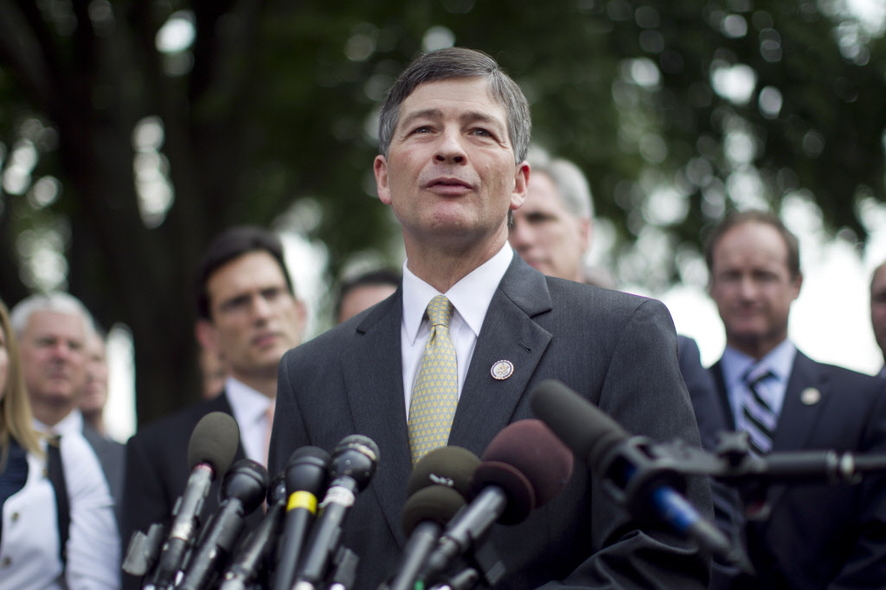 Republican Rep. Jeb Hensarling of Texas is the panel co-chair. If his name is familiar, it isn't because of retirement or money management legislation, but rather fund raising from the financial services sector. Mr. Hensarling gets nearly 40% of his fundraising from people and political action committees in those sectors.
Share 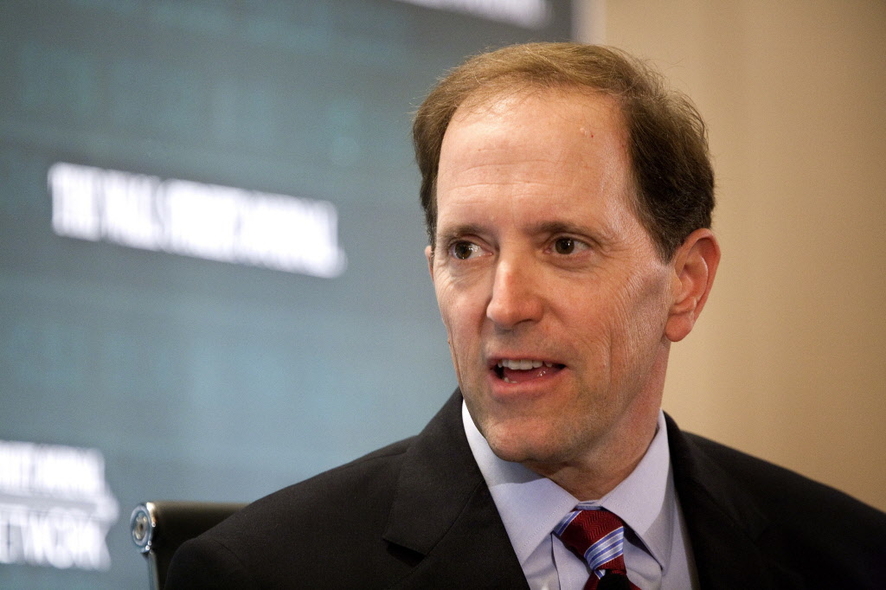 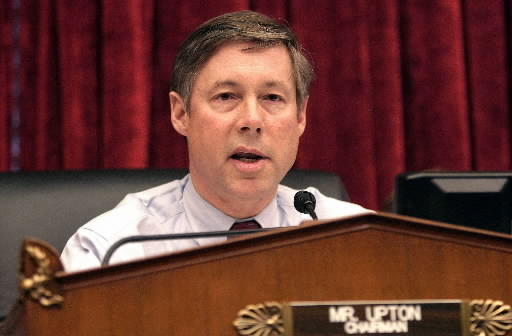 Republican Rep. Fred Upton of Michigan is not only a member of the supercommittee but also the Chairman of the House Energy and Commerce Committee. Mr. Upton started his career in politics by working for David Stockman, the Reagan administration budget manager, who after leaving politics founded private equity firm Heartland Industrial Partners LP. Mr. Upton does not receive a great deal of campaign funding from the financial services sector.
Share 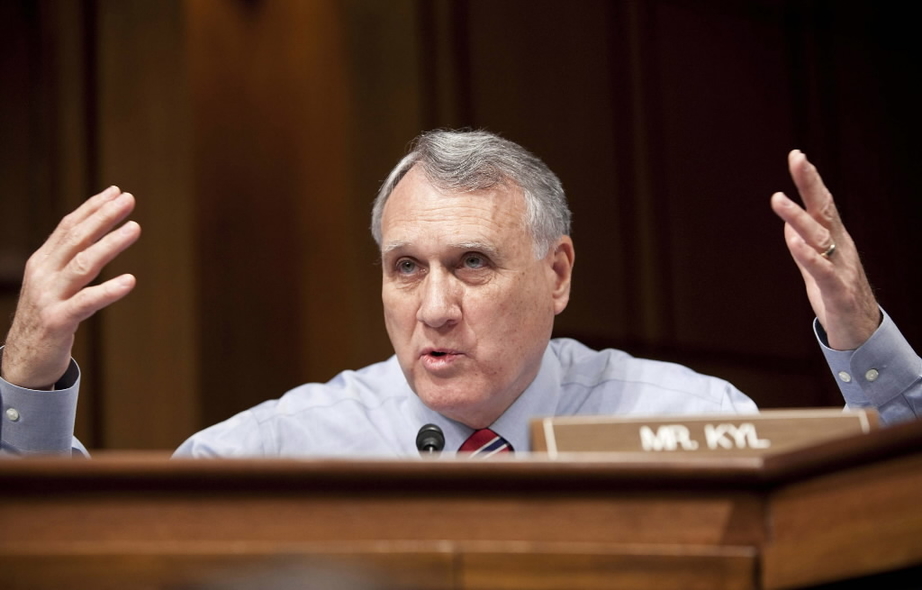 Republican Sen. Jon Kyl of Arizona, the senate minority whip, is perhaps one of the better known names on the supercommittee. Furthermore, Mr. Kyl serves on the Senate Finance Subcommittee on Social Security, Pensions, and Family Policy making him one of the members of the supercommittee better versed in retirement issues.
Share 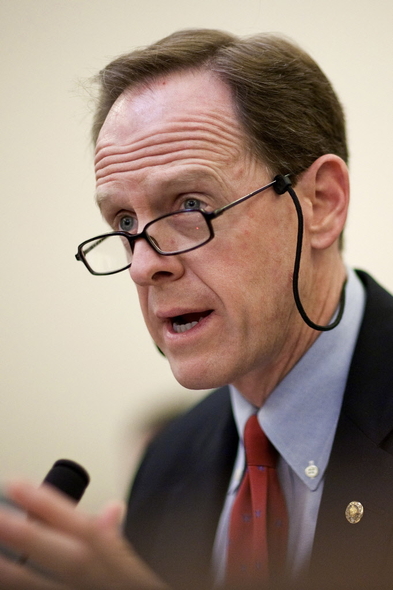 Before entering politics, Republican Senator Pat Toomey of Pennsylvania started his career in finance as a forex trader for Chemical Bank and Morgan, Grenfell & Co. He left finance for a career in politics where he has made tax policy a leading campaign issue first as a Congressmen then as a Senator.
Share 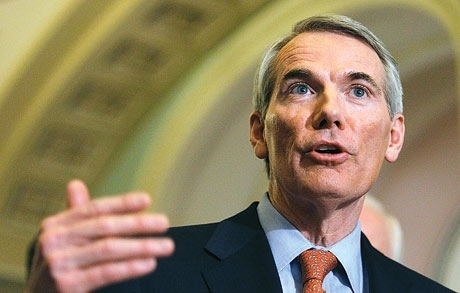 Republican Sen. Rob Portman of Ohio stands out as well versed in the nuts-and-bolts of pension issues, as well as federal spending, thanks to his tenure as director of the Office of Management and Budget under President George W. Bush. In 2001, Mr. Portman co-sponsored The Comprehensive Retirement Security and Pension Reform Act. Enacted as part of a larger economic package, it raised limits on employee contributions to 401(k), 403(b) or 457 plans and allowed for catch-up contributions and faster vesting of employer contributions. Mr. Portman received 18% of his campaign funding from the financial services sector.
Share 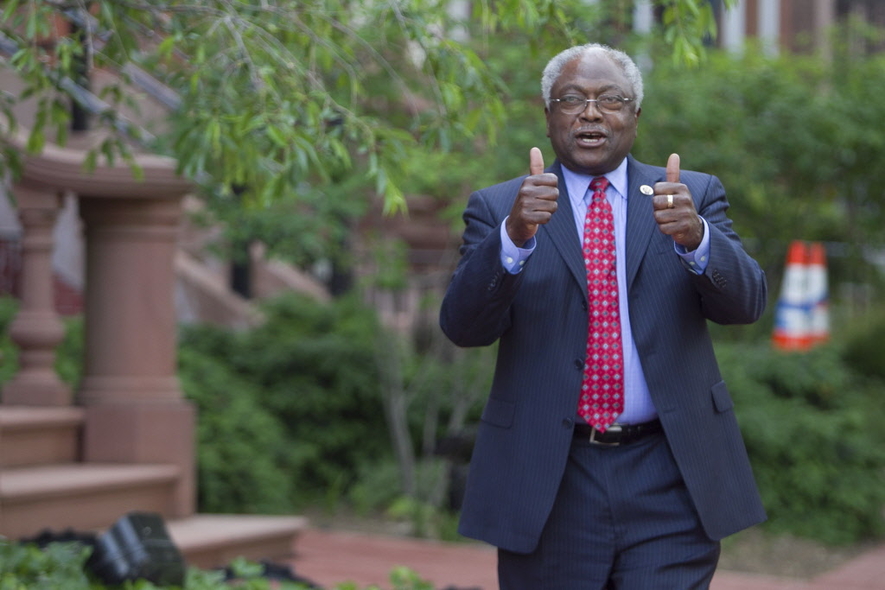 Democratic Rep. James Clyburn of South Carolina is the third highest ranking Democrat in the House of Representatives. Mr. Clyburn is well-known for his pro-union political stance.
Share 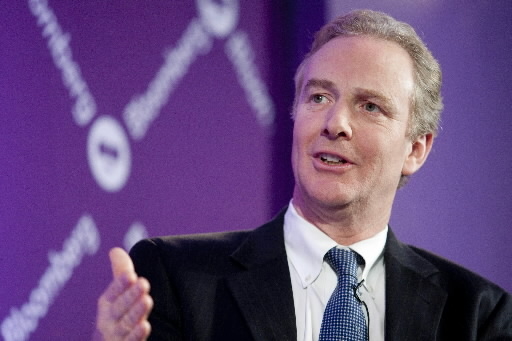 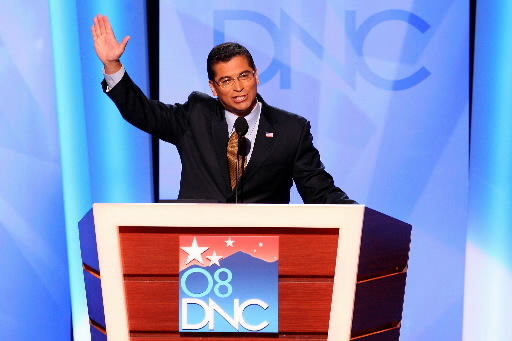 Democratic Rep. Xavier Becerra of California is a member of the supercommittee and the House's Comittee on Ways and Means. He is best known for opposing the legislation that created the Troubled Asset Relief Program.
Share 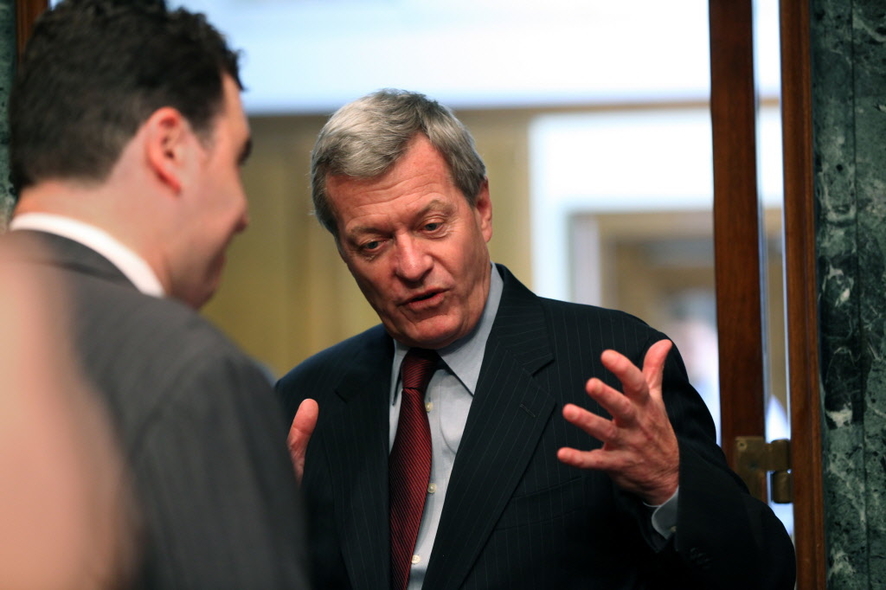 Democratic Senator Max Baucus of Montana, ranking member of the Senate Finance Committee, is one of the better known names on the supercommittee. He is a seasoned tax veterans familiar with recurring revenue proposals including capping retirement tax incentives and requiring investment partnerships to pay tax on carried interest. He receives 20% of his campaign funding from the financial services industry.
Share 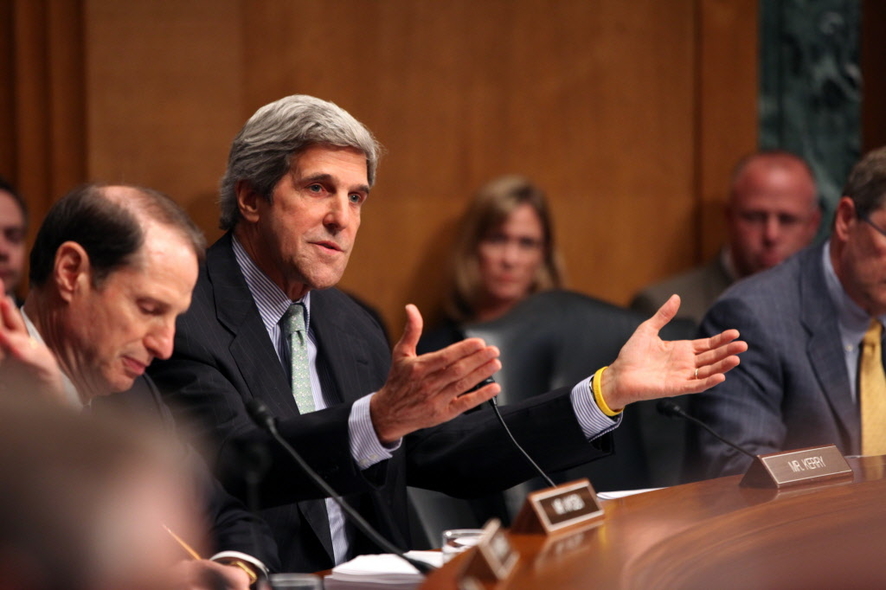 Democratic Senator John Kerry of Massachusetts may be the best known member of the supercommittee thanks in part to his 2004 White House bid. He sits on the Senate Committee on Finance among others.
Share 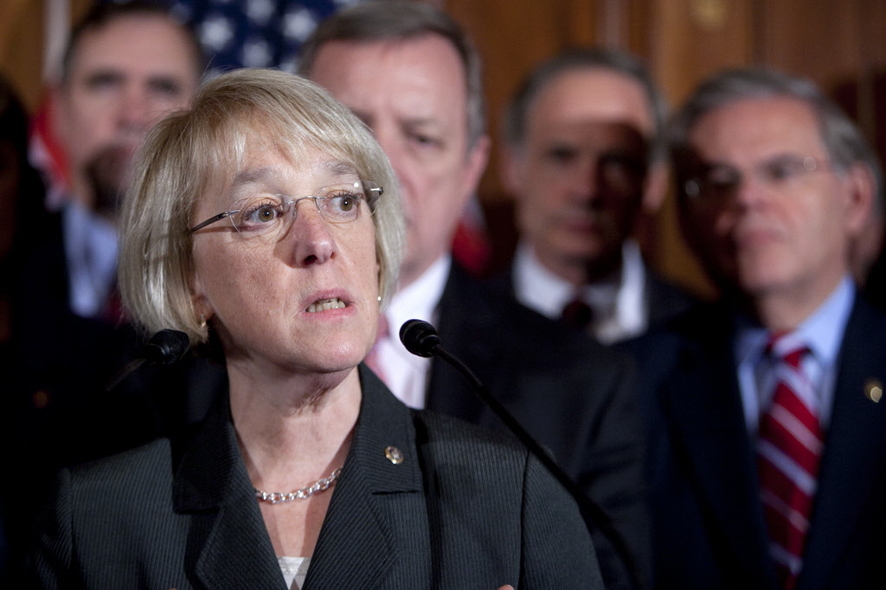 Democratic Senator Patty Murray of Washington is the only woman on the supercommittee. She is likely one of the members better versed in retirement issues as she's a member of the Senate Committee on Health, Education, Labor, and Pensions.

With a few exceptions, members of the supercommittee charged with wresting $1.2 trillion or more from the federal deficit don't have much experience in retirement issues or even tax policy. But with all the revenue raisers on the table, that could soon change.

Created by the Budget Control Act, enacted on Aug. 2 to raise the U.S. debt ceiling and avoid the federal government's immediate default, the panel is supposed to produce the legislation that cuts the federal deficit long term. Its members have three short months to achieve what their leaders could not, or risk triggering painful spending cuts across the board.

The 12 members of the Joint Select Committee on Deficit Reduction, better known as the supercommittee, are Republican Reps. Jeb Hensarling of Texas, Dave Camp of Michigan and Fred Upton of Michigan; Republican Sens. Jon Kyl of Arizona, Pat Toomey of Pennsylvania and Rob Portman of Ohio; Democratic Reps. James Clyburn of South Carolina, Chris Van Hollen of Maryland and Xavier Becerra of California; and Democratic Sens. Patty Murray of Washington, Max Baucus of Montana and John Kerry of Massachusetts.

Some — like Mr. Camp, chairman of the House Ways and Means Committee; Mr. Baucus, ranking member of the Senate Finance Committee; and Mr. Van Hollen, the ranking member of the House Budget Committee — are seasoned tax veterans familiar with recurring revenue proposals including capping retirement tax incentives and requiring investment partnerships to pay tax on carried interest. Mr. Van Hollen and fellow Democrats also have called for increasing tax rates for corporations and individuals who make $500,000 or more.

Mr. Portman stands out as well versed in the nuts-and-bolts of pension issues, as well as federal spending, thanks to his tenure as director of the Office of Management and Budget under President George W. Bush.

Mr. Portman has “always been very supportive (of retirement savings) and had a good understanding of why it's important to encourage business owners to put in plans,” Judy Miller, director of retirement policy at the Arlington, Va.-based American Society of Pension Professionals and Actuaries, said in an interview.

In 2001, Mr. Portman co-sponsored The Comprehensive Retirement Security and Pension Reform Act. Enacted as part of a larger economic package, it raised limits on employee contributions to 401(k), 403(b) or 457 plans and allowed for catch-up contributions and faster vesting of employer contributions.

His work on that legislation earned him respect from the act's co-sponsor Sen. Benjamin Cardin, D-Md. “He has a good working knowledge of retirement issues, and will work to not only preserve but expand opportunities for saving for retirement,” Mr. Cardin said in an interview. “He will bring sensitivity about the importance of the tax code for retirement savings. He understands this it is a deferral issue and that in the long run it won't give us additional revenue.” Still, “we're playing more defense than offense these days,” he conceded.

Diann Howland, vice president for legislative affairs with the American Benefits Council in Washington, believes the bipartisan experience of the Portman-Cardin pension reform bill could serve as a model for the supercommittee. “They were members who had a vision and could work together in a bipartisan spirit. It made a tremendous difference, and they left government in a better place.”

While few of Mr. Portman's fellow panelists share his level of expertise in retirement issues, they are considered sympathetic to financial industry priorities.

“We're positioned well with people who understand what we do,” said one investment industry lobbyist who asked not to be identified.

According to the non-profit Center for Responsive Politics, the 12 panelists have raised more than $50 million, or a median amount of $2.7 million since the 1990 election cycle, from what the center categorizes as the finance sector, which includes insurance and real estate. At the top of the list is panel co-chair Mr. Hensarling, who gets nearly 40% of his fundraising from people and political action committees in those sectors, followed by Mr. Baucus (20%), Mr. Portman (18%) and Mr. Camp (18%). “Many special interest groups have invested heavily in supercommittee members on both sides of the aisle, including the securities and investment firms,” the group said in a statement. “It's going to be a lobbying bonanza.”

Congressional sources say that the panel members and staff have been taciturn about their agenda, largely to avoid that lobbying onslaught. While most observers expect all revenue measures to be on the table, they doubt the panel can delve very far into the details, despite being under the gun to make a real dent in U.S. debt.

A more skeptical lobbyist for a large pension system who asked not to be identified put it another way. “Nobody's going to be able to take credit for anything unless they are willing to share the blame, too. The ultimate question is, which do you want less — a deal or the triggers?”

Carried interest tax increase may come to pass this time