AlphaSimplex's Risk Parity Plus approach, launched in April, seeks to maintain a more stable level of risk in a portfolio than traditional static-weight portfolios by reallocating capital as often as daily in response to short-term changes in asset class volatility, correlations and returns, said Jeremiah “Jerry” Chafkin, president of the Cambridge, Mass.-based boutique.

Until now, the two practical alternatives for investors when it came to managing their portfolios have been traditional asset allocation and risk parity, which assigns an equal risk budget to all asset classes, Mr. Chafkin noted.

“By contrast, our approach focuses on risk-based asset allocation, but with tactical overweighting or underweighting according to short-term performance forecasts,” he said.

In that sense, AlphaSimplex's strategy doesn't belong in the risk parity bucket. “We deviate (from that neutral risk parity position) and allocate more or less risk to each asset class using a proprietary risk regime model” that looks at macroeconomic data, market volatility and market performance, among other factors, Mr. Chafkin said.

By actively “up-weighting” and “down-weighting” the risk budget of each asset class, based on the model's short-term performance forecast for that asset class, the strategy both maintains the flexibility to target aggressive returns without sacrificing diversification, while reducing the potential for drawdowns by cutting back market exposure during periods of higher-than-average market risk, he said. 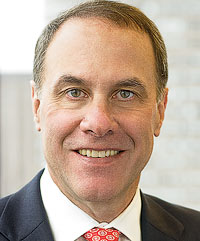 Mr. Kritzman said Windham's turbulence and systemic risk signals have been surprisingly reliable indicators of evolving market conditions, supporting the conviction that risk can be proactively managed over that cycle, as the model signals when to trim or add holdings of higher risk assets.

The firm has put together six ETF-based portfolios, ranging from very conservative with 80% exposure to fixed income at one end of the spectrum to very aggressive, with 80% exposure to equities at the other extreme — sporting the broadest array of 20 to 30 ETFs in the middle of that spectrum and perhaps 8 to 10 at either end, Mr. Kritzman said. Based on Windham's research on how different asset classes interact in different market “regimes,” the model signals daily whether to move up or down that spectrum of diversified portfolios, he said.

Mr. Kritzman said Windham's systemic risk indicators show a pronounced jump roughly 40 days before the onset of a turbulent episode, an early warning sign that markets are vulnerable should bad news emerge. That amounts to a measure of fragility — but not a guarantee that capital markets are poised to implode, he noted.

He said the model has proved reliable in the face of a challenging environment this year, signaling continued low levels of systemic risk despite as negative a string of developments — from widespread unrest in the Middle East, and both natural and man-made disasters in Japan, to a sovereign debt crisis in Europe — as could be imagined.

For the moment, Mr. Kritzman said, Windham's models are showing the environment to be more benign than risky, and the company's portfolio has taken on a bit more risk than a neutral reading would call for.