Thao Hua
Reprints Print
Challenging: Robert Gardner will try to escape the 'Dunker,' above, to raise £10,000.

As the founder and co-CEO of institutional investment consultant firm Redington Ltd., London, Robert Gardner has plenty of experience dealing with market crashes. But for the first time in his life on Sept. 17, he'll be experiencing a simulated helicopter crash — under water, in the dark. 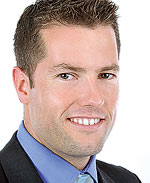 Mr. Gardner is participating in the challenge as part of his efforts to raise £10,000 ($16,000) for Britain's Royal Marines Charitable Trust Fund, which supports Royal Marines and their families. Mr. Gardner decided to raise money for the Royal Marines because having once considered a career in the armed services himself, some of his friends who are now soldiers “have been really hard hit by the government's spending review,” which has resulted in reductions in services.

The “Dunker” is a test Royal Marines endure as part of their training exercises. As part of a broader fundraising campaign, the RMCTF is helping civilians complete some of the training exercises. In the challenge, Mr. Gardner will be “strapped into a fuselage of a helicopter in a simulated crash at sea,” he said in an interview.

“There are six of you,” Mr. Gardner said. “They turn the lights off, spin you around and then drop you in upside down ... and you have to all swim out of the same window.”

Mr. Gardner noted the test is not about physical strength, but teamwork, determination and mental fortitude. “The other thing to remember is figuring out which way is up since you're being dropped (into a dark pool) upside down,” he added, “You can do that by breathing out to see which way the bubbles go.”

Further information about the challenge and how to make donations can be found at www.justgiving.com/Rob-Gardner3.