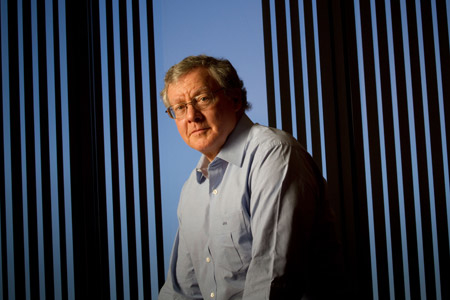 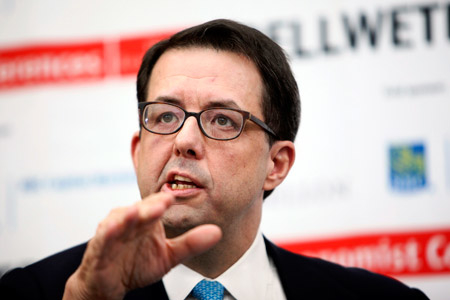 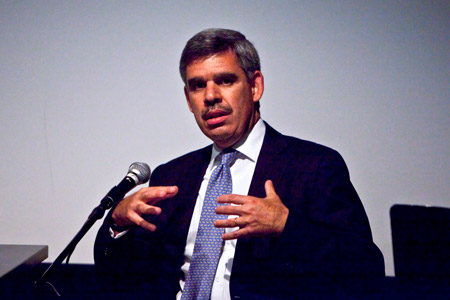 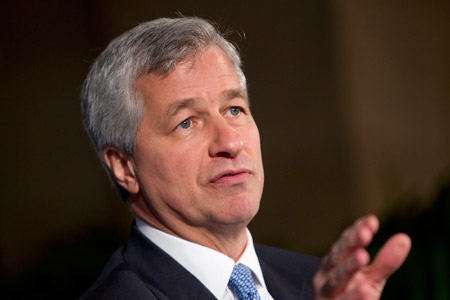 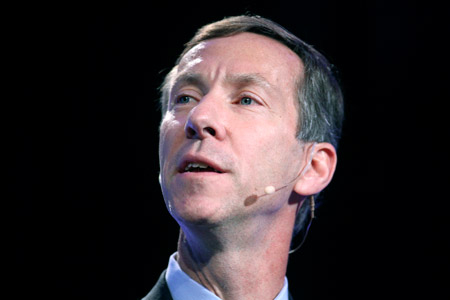 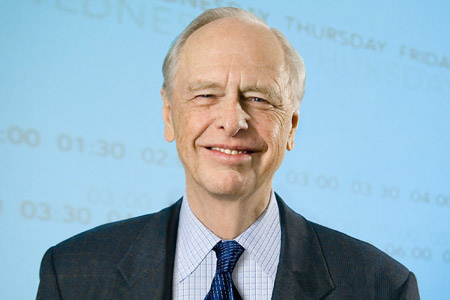 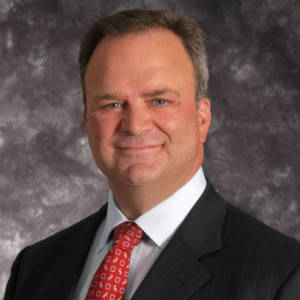 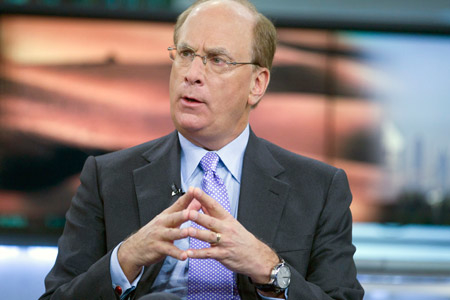 Assets of the 500 biggest managers of U.S. institutional tax-exempt money jumped 11.2% in 2010, just half a percentage point off the pace of the prior year's rebound from the global financial crisis, Pensions & Investments' latest annual money manager survey shows.

Despite a second year in a row of solid growth, the group's combined $11.42 trillion in assets under management remained $1 trillion short of the pre-crisis high reached at the end of 2007.

Even so, money management executives said a growing appetite for risk in 2010 made the year a good one for managers of institutional assets, powered by attractive gains for key market segments.

Among managers, BlackRock Inc. grabbed the top spot in the latest rankings with $929.4 billion in U.S. institutional tax-exempt assets, up 6% from the year before. BlackRock traded places with State Street Global Advisors, at $848.1 billion, down 4.4%.

Robert Fairbairn, senior managing director and head of BlackRock's global client group, said 2010 was the year BlackRock put a challenging integration “behind us.”

As the firm continued to meet the needs of clients putting greater emphasis on risk management, that focus found BlackRock enjoying an uptick in demand in areas such as liability-driven investments, multiasset class solutions, fiduciary outsourcing and both the passive and alternatives sides of “barbell” approaches to asset allocation, he said.

Executives at top 10 firms called the year a strong one, even if outflows from safe-haven segments and wind-downs of assets the government was left holding during the crisis depressed AUM gains for some of the biggest firms.

In fact, the $5.087 trillion in combined AUM for the 10 biggest managers was up only 5.6% from the year before, or roughly half the gain for the top 500 — even as a number of observers predicted growing client demand for partnerships with managers would increasingly favor bigger firms.

The same 10 firms dominated the rankings in both 2009 and 2010, with two additional shifts for the latest survey:

Money managers across the board said the move away from safe-haven assets left them sporting a more attractive mix of assets as 2010 drew to a close.

Mitchell Harris, president of investment management with New York-based BNY Mellon Asset Management, called 2010 “a terrific year” for his company, even if outflows from cash products left growth for the group's institutional tax-exempt assets at a seemingly modest 4.8%.

By contrast, BNY Mellon Asset Management's equity and fixed-income AUM jumped by more than 12% and 11%, respectively, reflecting a pickup in allocations to higher-risk strategies, Mr. Harris said. Those strategies include global and emerging markets debt and equities, opportunistic bonds and absolute return.

As clients moved to “re-risk,” SSgA saw outflows from cash and other areas buoyed by safe-haven flows during the crisis, offset by inflows for higher margin strategies, including hedge funds of funds, credit and alternative beta offerings. SSgA also experienced a near 25% growth in exchange-traded fund assets, roughly half of which are institutional, noted Scott F. Powers, the firm's Boston-based president and CEO.

Outflows from one very large “strategic client relationship,” which Mr. Powers declined to identify, resulted in the firm's AUM dropping 4.4% from the year before, but on balance, a more attractive product mix made 2010 “a pretty good year” for SSgA, he said.

If riskier assets were the belles of the ball for the latest year, actively managed domestic equities were the wallflowers. The top 500 managers reported $1.778 trillion of active domestic equity AUM, up 11.8% but well short of the Russell 3000's 16.93% advance for the year.

Some of that gap in active U.S. equity AUM reflected a continued shift by investors to passive equities, but a much bigger chunk was going elsewhere, including into alternatives and global equity, said Terry A. Dennison, Los Angeles-based U.S. director of consulting for Mercer's investment consulting business.

Among alternatives, the latest survey showed assets in hedge fund strategies among all managers, up 34% for the year, to $109.9 billion, with commodities sporting the strongest gain, up 91% to $29.08 billion.

Mr. Dennison said the jump in global equity AUM might well reflect the push in recent years by Mercer and other investment consultants to give active managers greater scope to use “all the different levers” at their disposal — selecting countries, sectors, regions and currencies, in addition to individual securities.

The continued abandonment of home-country bias in favor of global equity mandates — which allow investors to be a bit more tactical or opportunistic — was a “huge theme” in 2010, agreed Young Chin, chief investment officer for Pyramis Global Advisors, the institutional arm of Fidelity Investments.

Boston-based Fidelity maintained third place in the latest survey, with a 12.1% gain to $592 billion.

The main destinations for money flowing out of domestic equity were different between public and private pension funds, noted Dev Clifford, a managing director with institutional strategic consulting firm Greenwich Associates, Stamford, Conn. Beyond alternatives, which both favored, public funds were more focused on higher-alpha strategies, including global equities, while corporate pension funds — in an effort to better match their assets and liabilities — were allocating more money to fixed income, he said.

P&I's latest survey showed allocations to active U.S. bonds rising 7.3% to $2.49 trillion - in excess of the 6.54% gain for the broader U.S. Barclays Aggregate.

International bonds, meanwhile, saw even stronger growth, up 31% to $233.9 billion

“We're seeing tremendous fixed-income flows (to) a whole variety of strategies,” as investors both push ahead with liability-driven investing strategies and move into spread products amid concerns about U.S. Treasuries, said Mr. Lowrey. Almost all of Prudential's record $18.7 billion in U.S. tax-exempt institutional flows last year were for fixed-income products, he said.

Those inflows helped Prudential maintain its lock on 10th place, with $290 billion in assets.

Meanwhile, the move toward less constrained global mandates was mirrored on the fixed-income side as well in 2010.

Mr. Flick said the move to more specialized assignments — such as a $2 billion Treasury inflation-protected securities mandate WAMCO was awarded recently — has improved the firm's business mix, even as it has seen money flow out of lower-margin products. (Mr. Flick didn't name the client.)

While Vanguard's DB business, at $26 billion, accounts for less than 10% of the firm's AUM, it enjoyed growth of close to 25% last year, Mr. Mullane noted. But demand for the firm's target-date funds, as well as moves by DC plan executives to add an indexed tier of offerings to their DC plans, remain the main drivers of Vanguard's growth, he said.

Alan Robertson, head of client sales and service with Northern Trust Global Investments, Chicago, said his firm benefited from a continued boost in allocations to indexed products in 2010 — even if the pace of gain ebbed a bit from 2009 — as well as from demand for total investment outsourcing.

While outflows from cash products contributed to a marginal 0.25% decline in AUM to $457 billion, Northern likewise gained from the rise in demand for global allocations last year, with money flowing into its emerging markets and frontier markets strategies, he said. The firm retained fourth place in P&I's latest survey.

TIAA-CREF, meanwhile, was buoyed by the rise in the 403(b) market, as well as getting a boost from continued plan consolidation in that market segment, said John Panagakis, head of asset management business development. With recent regulatory changes fueling that trend, the firm benefited from 40 retirement plan consolidations in 2010.

Sponsored Content: In the Post-Covid Recovery, Watch Out for Potential Risks
sponsored
Events
Sponsored
White Papers
Fire or Hire: How patient should you be when your manager is underperforming?
The Next Frontier of Software Investment and the Private Markets
Essential Housing: Resiliency in a time of scarcity – a unique approach to the …
Evolving Forces: Convergence in the U.S. Retirement Marketplace
Concentrating on Success: The Case for Concentrated Portfolios
The Rise of the Venture Secondary Market
View More
Sponsored Content
Partner Content
The Industrialization of ESG Investment
For institutional investors, ETFs can make meeting liquidity needs easier
Gold: the most effective commodity investment
2021 Investment Outlook | Investing Beyond the Pandemic: A Reset for Portfolios
Ten ways retirement plan professionals add value to plan sponsors
Gold: an efficient hedge
View More